Kanye and Trump Together Are What We Deserve as A...

by Alex Fox 4 years ago10 months ago

If you ever wondered what would happen if twentieth century dadaists were running a social experiment-cum-prank in which they carefully manipulated our culture to emulate a dream-state devoid of logic and reason, congratulations: I cannot think of another way to explain why the politically curious members of the public were subjected to the longest public meetings between two insane people ever televised. Great job, Duchamp & co., you nailed it. Donald Trump and Kanye West sat down to talk about… whatever it was they talked about. Considering this is the mind that brought you these most recent costume anomalies, we can only wonder why it wasn’t weirder.

A Study in… Something 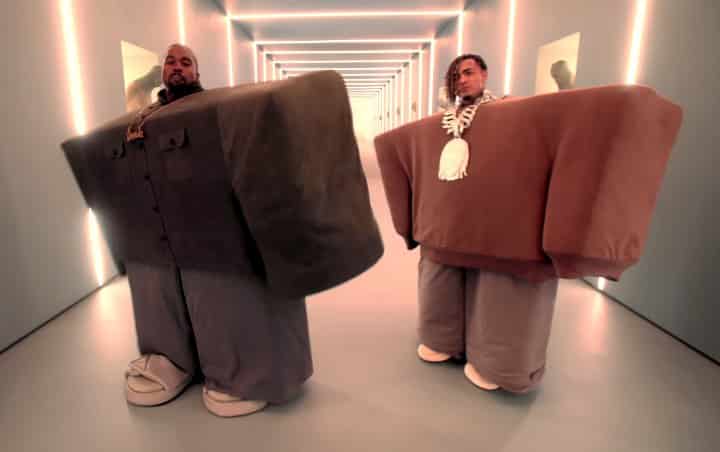 First and most importantly, we should all know that Kanye’s phone PIN is “00000,” like a real genius.

One of the many benign oddities of Kanye’s highly absurd visit to the Oval Office was his campaign for a new Air Force One jet. He nabbed some design documents from the internet, which were from someone’s master’s thesis. He downloaded them on his phone, then tried to convince the president that Apple (?!) needs to build this plane for Air Force One. Apple, a company that hasn’t even been able to gin up a car with at least ten years of concentrated effort. It’s also perplexing that Kanye believed that the president could somehow tell Apple what to do. If there’s a blue-chip tech company in the U.S. that’s less likely to build a plane for President Trump, I haven’t heard of them. Of course, this little oddity just flowed by, seamlessly merging into the jet stream of absolute, crystalline insanity that blasted out of the meeting like mayonnaise from a fire hose. 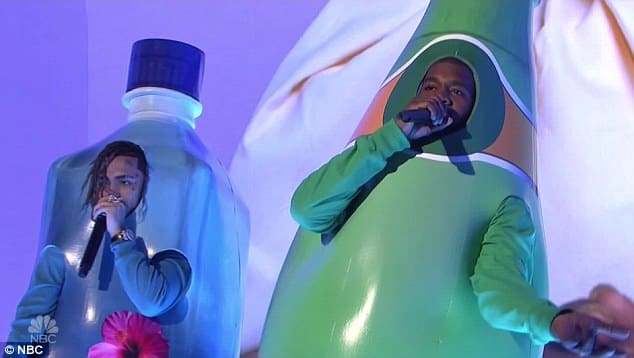 How is it that two people who are so obviously insane have both risen to such incredible heights in their chosen professional lives? Trump, I feel like I can understand how he became such a major figure in politics. His origin story, so to speak, is shared by plenty of other demagogues. He’s bitter, angry, and willing to stand up with some truly gross people in order to hold power. He also seems to believe that he’s truly smarter than everyone else, despite the overwhelming evidence to the contrary. Like a lot of verysmart types you find both in the internet and in real life, Trump truly believes his genius is so far beyond the bounds of ordinary men that normal rules don’t apply to him at all.

This is the particular character feature he shares most closely with Kanye West, apart from self-obsession, of course. Kanye also believes that he is an immortal among men or, more precisely, an alien intelligence descended from the gods to faff about with humans for a little while. He’s got that particular stroke of uneducated smart guy guts where he believes that his insanity is what makes him special. And, honestly, it is. You can make the case that he’s also a skilled performer, and I suppose there’s no accounting for taste, but his music remains an impenetrable mystery to me.

He’s the definitional portrait of an iconoclast, and the one that guy that insists it’s pouring rain in the face of a cloudless sky is always good for a laugh. Sure, he might be totally separated from the same reality that you and I live in. Sure, he might think that it’s raining because of an undiagnosed (or maybe just untreated) mental illness. Sure, he might walk around in the tattered robes of insanity that he believes are in fact the trappings of a king, and we might all go along with it because honestly we’re starting to lose track of what’s real and what’s ironic anymore, but that’s post-modernism for you. It’s that dragon energy, you know. Slavery was a choice. (Sidebar: just in case you have the mental faculties of uneducated sponge and actually thought slavery was a choice and not the will of rich white men enforced at the end of a musket, Vox has an explainer, you absolute knucklehead.)

We Earned This, Dummies

Kanye and Trump what we have earned as a culture. They share a bond, a holy connection, the yin and yang of insane public figures. Kanye is black Donald Trump, and Trump is white Kanye West. They’re what we’ve earned, like it or not.

They’re what we earned from a decade of navel-gazing, self-centered, uncritical acceptance that the fat of the land should always be ours. We have been lazy, physically and intellectually, to allow it to come to this. The dominant political ideology of our day is one that depends on truth being maleable, speakers of power being untrustworthy, and fact and fiction peddled side-by-side so seamlessly that they cannot be disentangled. This is the world we’ve bought ourselves by relentless viewing the truth solely through the lens of how it affects our world. We’re utterly incapable, as a culture, of assessing and grasping reality. And so, with both album sales and with votes, we have elevated two of the most looney-toons dudes into positions of immense cultural power. This is why smart people are embarrassed of their intelligence and why wise people are forced to shout their insights through one-liners on Twitter.

Should we be scared? I mean, maybe a little bit.