How Is Taylor Swift the Most Mature Celebrity We Have...

We never thought this day would come. Our country is run by a small child in a garbage bag, America’s reputation on the world stage lies in tatters, and our national conversation about voting is led by Taylor Swift.

If you’ve been following Taylor, you know that, for a long time, she refused to disclose her political affiliation. Yes, in a genius marketing move, she kept her mouth shut. This had exactly the effect I’m sure she intended. Everyone assumed that Taylor was on their side.

This is just like what happened with the Colbert Report: left-leaning viewers saw the show as cutting satire of Republican bloviating, while right-leaning viewers, saw it as a takedown of Democrats comically incorrect beliefs about Republicans. In the absence of data otherwise, and sometimes flying directly in the face of overwhelming evidence, we want to believe the people we admire agree with us. That’s how Taylor Swift became the darling of the alt-right.

In the void of an expressed political opinion, alt-right gutter-brains assumed she was in their camp. Being a “perfect Aryan” helped a lot, too, and her Southern upbringing and country music roots probably helped with the assumption. The leaders of the alt-right gang of dickwads put the news out to their followers and sycophants: Taylor was totally on their side, but she couldn’t express it for fear of tanking her album sales.

But then, the worst came: Taylor Swift posted about how great a Democrat was. A DEMOCRAT!!

The alt-right internet trolls instantly flew into a frenzy, a move so practiced that they can sink it with their eyes closed. From the grimy confines of their secret lairs, they wept bitter tears of betrayal. It was as if a thousand voices cried out at once, and then were suddenly silenced.

Nevermind the fact that you can’t betray something you never signed up for in the first place. Taylor was theirs! And now the Democratic brainwashing machine called “facts,” “science,” and “rational beliefs” has corrupted her, perhaps irretrievably. How could she do this to a bunch of dudes that can’t even be bothered to remember their court date for dodging child support payments? Their devious machinations know no bounds!

When a celebrity does anything, it’s big news. There are tabloids filled with pictures of celebrities “stepping out” (i.e. leaving the house) to various destinations, and the Daily Mail’s deep archive of utterly banal celebrity gossip and paparazzi photos is a testament to a depths of the public’s inane interest in the movements of issues as minute as Ariana Grande’s hair. So perhaps it is little surprise that Taylor Swift’s proclamation in favor of the Democrat running in Tennesse led to a surge in voter registrations, presumably among her youthful fans, who slavishly follow her every whim and fulfill her every request with a fervor bordering on the rabid.

The real question, however, is how has it come to this? How have we ended up in a political situation where Taylor Swift is the most mature political voice we have going? You look at celebrities like Kanye West, who joyously stomps into the Oval Office to flash his plagiarized iPlane mockups (because the POTUS is definitely the person you want to talk to about pitching products to Apple, a corporation that has regularly clashed with governmental investigatory bodies), and you wonder if we even deserve a sane political discourse. Of course, we do, but in the same way that everyone deserves love: it’s true in some abstract sense, but practically it’s much harder to integrate into your daily existence. 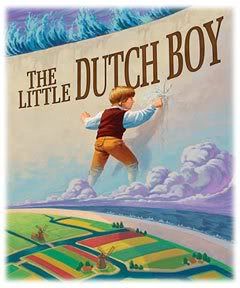 If Taylor Swift is the only adult in the room, we might have hard days ahead. She’s only one lady, and as badass as she is, can she truly stem the tide of fascism around the globe? She stood up to Spotify, effectively at that, but can she stand up to the creeping normalization of racist attitudes? She may be a blonde beacon in the night, but she might not be able to hack it as the sole Dutch boy with her finger jammed firmly into the ever-growing hole in the dam of global politics.

Perhaps other leaders will need to come forward. I do love 1988, but Taylor is no Martin Luther King, Jr., no Malcolm X or Camille Paglia. She’s a musician by trade, and a good one. She needs backing, and she needs it from us. So don’t be hesitant to go out there and speak your truth: Taylor is counting on you!

The Economy Might Be Better, But Trump Is Still the Worst President Ever