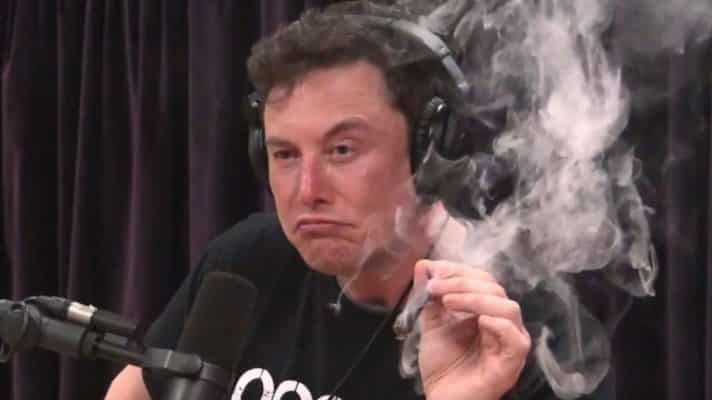 Elon Musk has had his recent share of bad luck and predicaments from a certain lawsuit from a British diver to being asked to step down as CEO of Tesla, his own company, after making a disastrous marijuana reference for his girlfriend. So how does he deal with stress? Apparently, he watches anime too, like a lot of millennials out there.

During a rather ordinary afternoon on October 14, Musk tweeted a trailer for the award-winning anime film “Your Name” with the caption saying he loved it. Fitting, since that anime has a lot of time-traveling tropes which it successfully combined with romance. Here’s the exact tweet:

It wasn’t long before other anime fans took notice and started asking him some hardcore anime initiation questions such as whether he has seen some Hayao Miyazaki films, and apparently, he has, meaning he passed the test:

@elonmusk thoughts on spirited away?

Then someone called him “weeblon musk,” as an amalgamation of Musk’s name and the word weeaboo, which is a situationally derogatory slang term for a Western person who is obsessed with Japanese culture. But then Musk corrected him with “Elon-chan” as a Japanese way of referring to children, close friends, or lovers.

But what really made the Twitter discussion productive was when someone asked Musk if he has watched “Neon Genesis Evangelion,” an anime about psychologically disturbed teenagers piloting giant “mecha” robots. Surprise, surprise, Musk has seen it and even jokingly(?) plans to build a giant robot (mecha) himself, presumably modeled after Evangelion Units.

Pls tell me you watch Evangelion

It is time to create a mecha

What do you think, though? Is Musk really a genuine anime fan? Will he make good on his plans of building a giant robot? Feel free to discuss below.

Elon Musk Reveals Himself as the Trump of Tech

The Blood Test, The Swab Test, and The Saliva Test      Essentially, there are three general types of COVID-19 testing produced so far. One is the rapid test, the second is the saliva test and the other is the swab test. The rapid test (also known as the anti-body test) uses blood samples. The swab test… END_OF_DOCUMENT_TOKEN_TO_BE_REPLACED

The COVID-19 pandemic is one of the biggest modern pandemics known in history. Currently, there are more than five million confirmed cases in the world, with a total of 333,000 deaths. A total of 1.6 million of these confirmed cases are in the US alone. The world is currently in a race of finding a… END_OF_DOCUMENT_TOKEN_TO_BE_REPLACED

Despite concrete data and research, people’s opinions will always be diverse when it comes to a variety of topics including religion, politics, gender, and more. Denial is a common reaction to many important discussions and serious world events. The COVID-19 pandemic does not differ from any issues and is subject to opinions from critiques all… END_OF_DOCUMENT_TOKEN_TO_BE_REPLACED

Back in January, when the Wuhan, China coronavirus broke out, it didn’t make it to the front page of newspapers, in print or virtual form. Today, January feels like a lifetime away. Like it or not, people around the world have adapted to the new normal – staying at home, frequent hand washing, and social… END_OF_DOCUMENT_TOKEN_TO_BE_REPLACED

Since the beginning of the year 2020, the whole world has been stupefied by the rapid spread of a deadly coronavirus known as COVID-19. World superpowers in the West were unable to prevent the virus from reaching their borders. Because of this fact, the novel coronavirus COVID-19 became a world-wide pandemic no less than three… END_OF_DOCUMENT_TOKEN_TO_BE_REPLACED

For months since the start of 2020, the attention of the world has focused on immediate response efforts to contain and combat the novel coronavirus, also known as COVID-19. The deadly virus has pushed millions of people into isolation.  This kept people in their homes for weeks and months away from their work, their friends,… END_OF_DOCUMENT_TOKEN_TO_BE_REPLACED