Woman Dies Falling From 27th Floor Balcony While Trying to...

A study published in September revealed that 259 people have died while trying to take a selfie since 2011, and sadly, it looks like that figure is now 260.

Sandra Manuela Da Costa Macedo, a mum-of-two residing in Panama City, fell from a 27th floor balcony while posing for a selfie.

Tributes have been poring in on Facebook from Macedo’s friends and family. The 44-year-old teacher had recently moved to the area from her native Portugal, and was living in the Luxor Tower apartment building in the neighborhood of El Cagrejo from which she plunged to her death.

Paramedics rushed to the site of the accident at 10:00am on Friday, after nearby construction workers caught Macedo’s fall on camera. They had been watching her out of concern for her safety, and that she was still clutching a selfie stick when she fell.

Police say they believe Macedo was knocked off balance by a gust of wind while trying to take a snap.

Erick Alzate, who lives in Luxor Tower and witness Macedo’s descent confirmed it was a tragic accident. 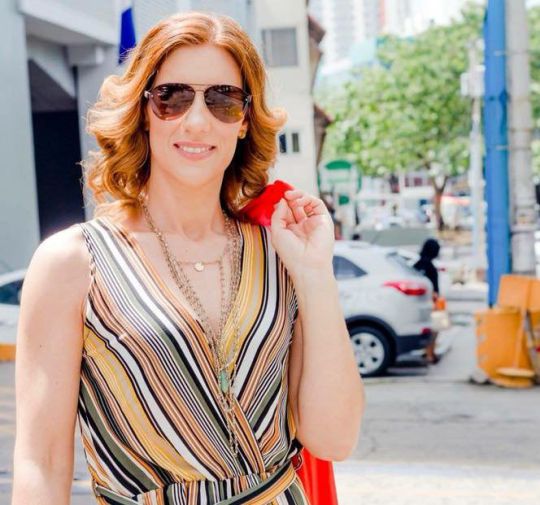 He said: “I live here in the tower where she fell. She had been taking selfies for a couple of minutes and construction workers on a block opposite were shouting to her to be careful.

“She decided to sit on the railing for the last selfie and that’s when she went over the edge.”

Since her death, Panama Fire Service has issued a warning on social media saying: “Don’t risk your life for a selfie. It’s more important to lose a minute in life than your life in a minute.”

Teen Attempts Selfie Atop Bridge, Plunges To Her Death