7 Kavanaugh Protest Signs That Will Make It Into History...

Brett Kavanaugh may have wiggled his way onto the Supreme Court, but women around the country certainly didn’t make it easy for him. After he was accused of sexually assaulting numerous classmates when he was younger, the country became split over whether or not he deserved his nomination in the first place. As another significant milestone in the #MeToo movement, this will likely be noted in history as a win in the war against women. It won’t, however, say anything about women not fighting back and standing up for themselves. Here are the best Kavanaugh protest signs that will make it into the history books.

1. We Do Not Consent 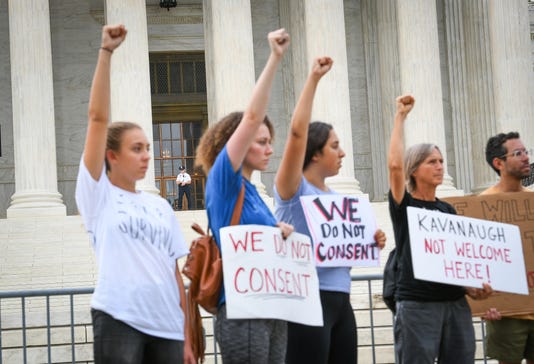 Just as Christine Blasey Ford didn’t consent to Kavanaugh’s advances, these women do not consent to Kavanaugh’s seat on the Supreme Court. However, we all know that the word consent means nothing to these men. Perhaps if we keep writing it on posterboards and shouting it on the streets, men will take a second out of their life to open a dictionary and learn the meaning of the word. 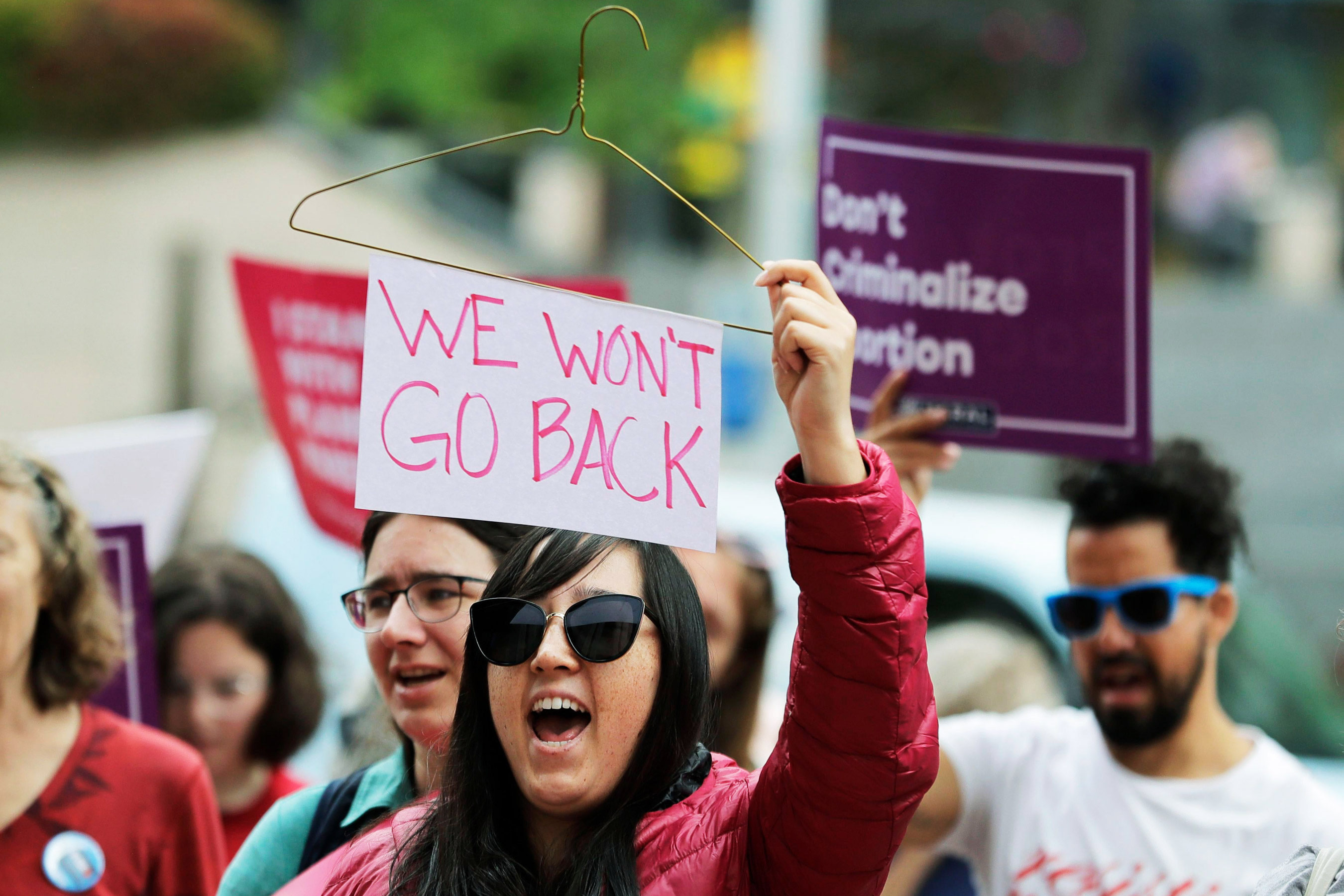 Aside from the fact that Kavanaugh doesn’t believe a sitting president should be charged with criminal activity, he also falls on the conservative side. With him on the Supreme Court, there’s a real threat that Roe vs. Wade could be overturned, forcing thousands of women to resort to other options. Deadly options. Conservatives are convinced that getting rid of safe, legal abortions will save lives when it will actually lead to thousands of deaths. Making abortions illegal won’t stop women from having abortions, but hopefully, we’ll never have to go back to using hangers.

3. Vaginas Will Vote You Out 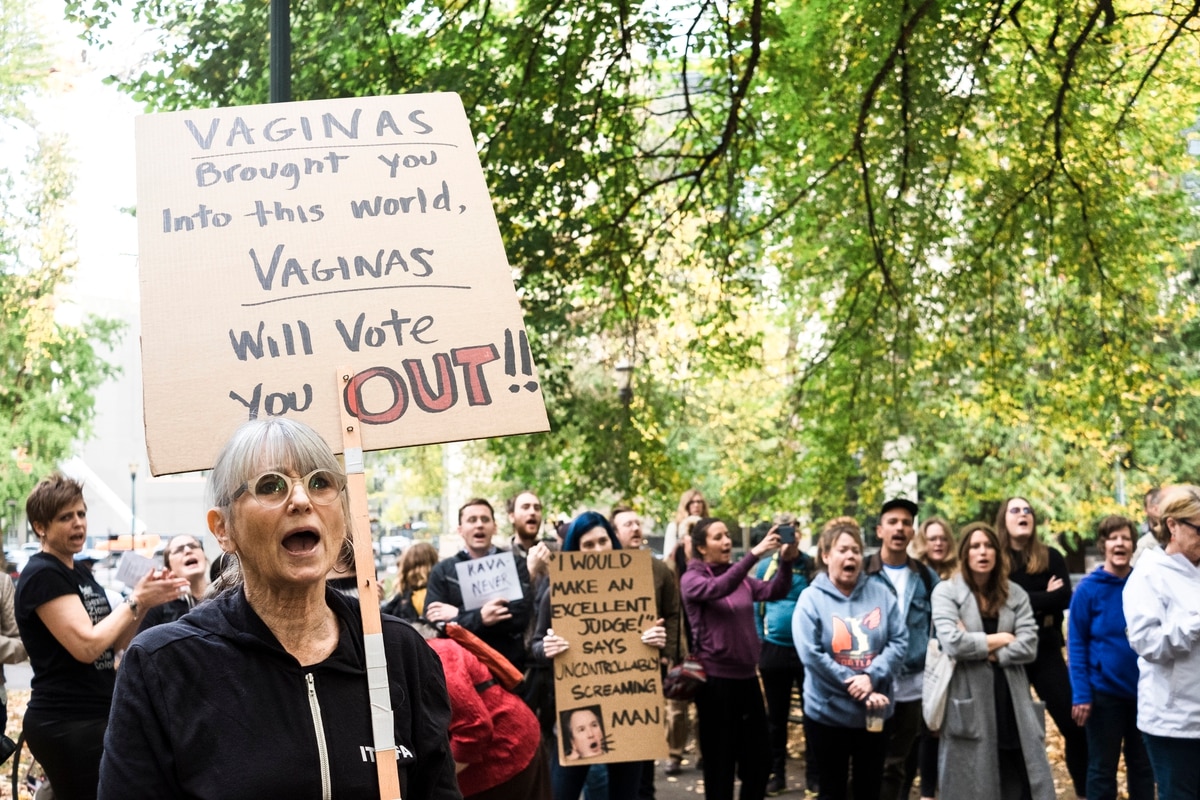 It’s crazy that in a world where women are the source of all life that they would be so hated and disrespected by men, yet here we are. Living in a country where this woman needs to walk around with a sign reminding people how they were brought into the world. Men can try as hard as they might to silence anyone with a vagina between their legs, we still have the right to vote! Don’t forget to check out the hilarious sign in the background as well calling Kavanaugh an “uncontrollably screaming man.” What better way to protest giving power to an accused rapist than by referencing Game of Thrones? November is coming boys, and we aren’t going to let you forget it! 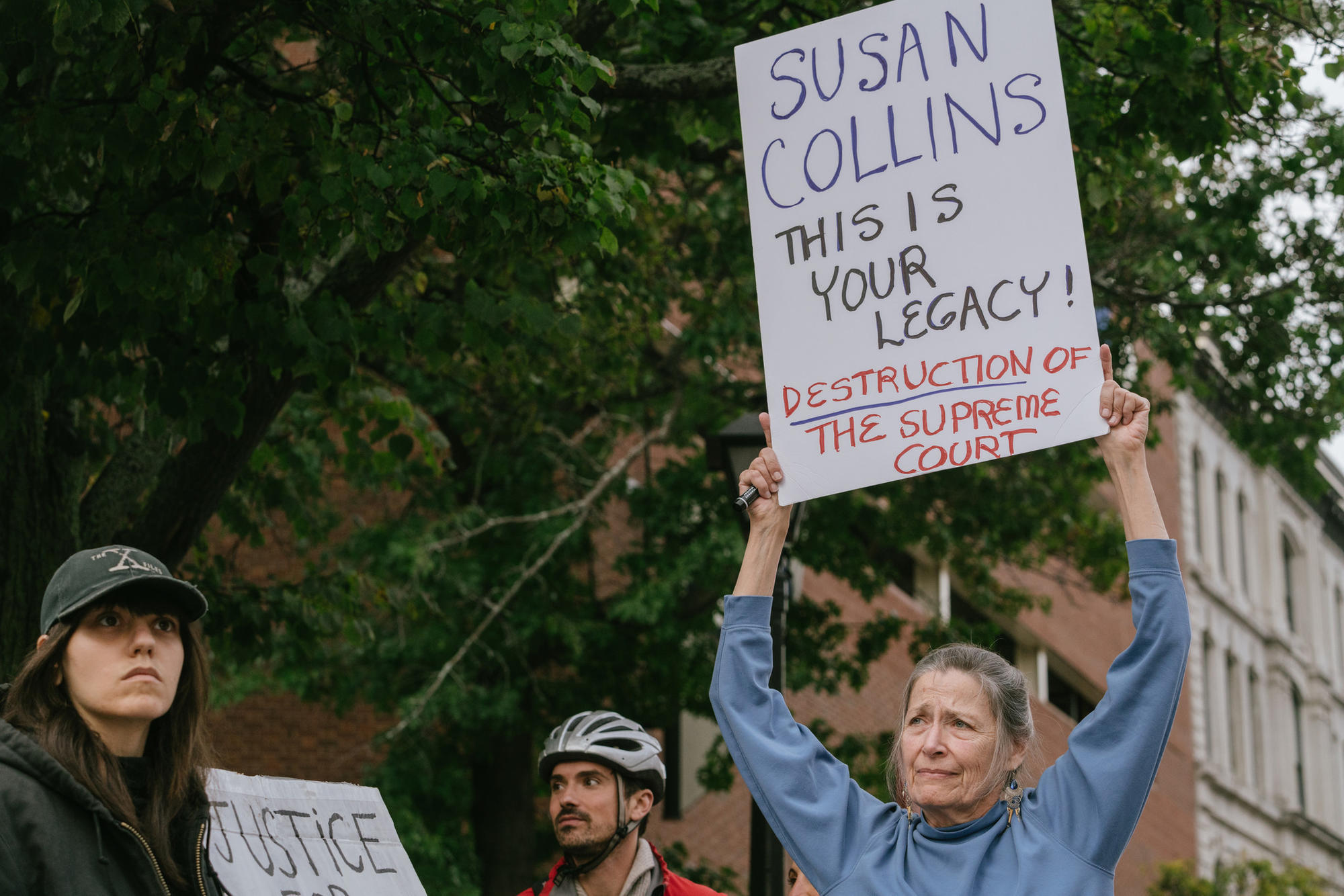 Kavanaugh may have destroyed his reputation, but Susan Collins has destroyed her legacy on the Supreme Court. She may have been seen as a savior to women’s rights for years, but she will likely only be remembered for making the deciding vote for Kavanaugh. On top of that, she made ridiculous comments about Ford not being believable, losing the respect of women everywhere. This protestor has quickly become the face of much of the media coverage surrounding Kavanaugh’s confirmation, as she was one of many who was escorted out during the hearing. There’s no doubt that this will become an iconic image to describe this time in history.

This Kavanaugh protest sign can be applied to literally every rape and sexual assault case in existence. The word of a man will always outweigh the word of a woman, and in this case, the word of three women. It’s time for this to change.