The Kardashians Want You To Work For Them, Without Pay...

Turns out the Kardashians have found a way to let people keep up with them and it involves unpaid labor. Well, technically they call it “unpaid internship” but their job description screams full-time servant work. For real though, apparently, the Kardashians have even put up ads online inviting college students to work for them for free, and what do these divas offer in return? Valuable life and work experience: 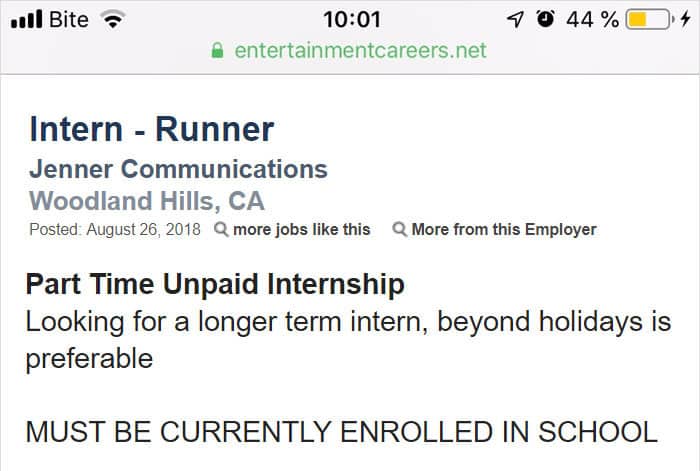 That up there is one of their ads, as for why they called it “runner” instead of “unpaid maid” well, probably because everything about them is plasti– err, glamorous. However, there are plenty of people who would love to put “worked for the Kardashians” in their résumé, so quid pro quo we guess? Still, potential applicants are advised since the internship that the Kardashians are offering might not exactly be legal. 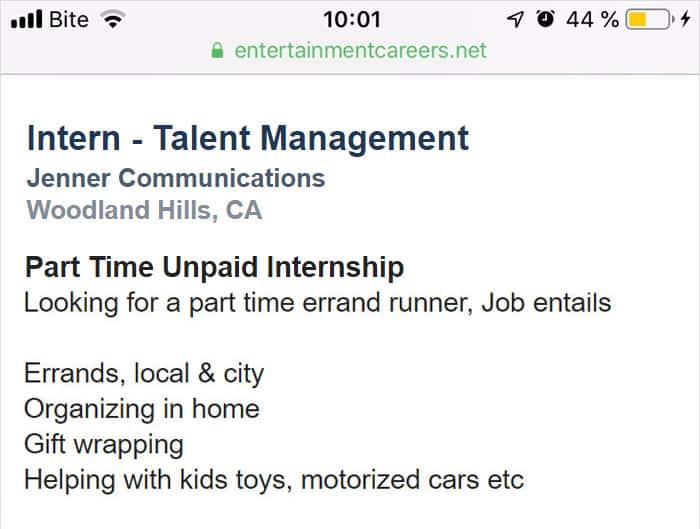 It does look a bit fishy though as if some of the Kardashians’ personal assistants are just outsourcing their work to hapless college students who are looking for internships. It’s even worse if the Kardashians themselves know about it and are behind it, hard to imagine that they don’t since the interns meet them personally.

As with any company, they ought to have a Glassdoor account where they can be reviewed by former employees. That they do and the reviews are not favorable. Most former interns mention of a toxic work environment where people are mean to them. Worse, several of the reviews even mentioned that there was even no mentorship involved. Overall, it seemed like the interns are being exploited.

That is quite questionable indeed since the Kardashians are known for being one of the wealthiest family in show business right now. Heck, one of them is even a billionaire at 20. But hey, being a wealthy cheapskate and taking advantage of innocent people are proven methods to make yourself filthy rich(er), so try to keep up, maybe?