9 Of The Greatest Kavanaugh Cartoons To Come Out Of...

The media coverage of Brett Kavanaugh’s trial has been unbearable, regardless of which side your views land on. For a while, it was impossible to open a paper or check your social media pages without seeing his or Christine Blasey Ford’s name in a headline. Now that the trial and investigation are both over, we can look back at the whole debacle and see that the greatest thing to come out of it call was hilarious Kavanaugh cartoons. Here are some of the best ones so far.

1. Trump’s Get Out Of Jail Free Card

We all know why President Trump has been so adamant to get Kavanaugh on the supreme court. It’s his way of ensuring that he stays in office and out of prison, which makes Kavanaugh the Monopoly Man’s best friend. Now, if only the creators of Monopoly would take this concept and run with it. Then perhaps people would dedicate the many hours it takes to finish the game.

If Monopoly isn’t your thing, then perhaps Monarchy is. It’s no secret that Kavanaugh’s value to Trump rests entirely on his opinion that a president should be exempt from criminal investigations. None of his other qualifications matter, and as we all saw, neither do his interview skills. 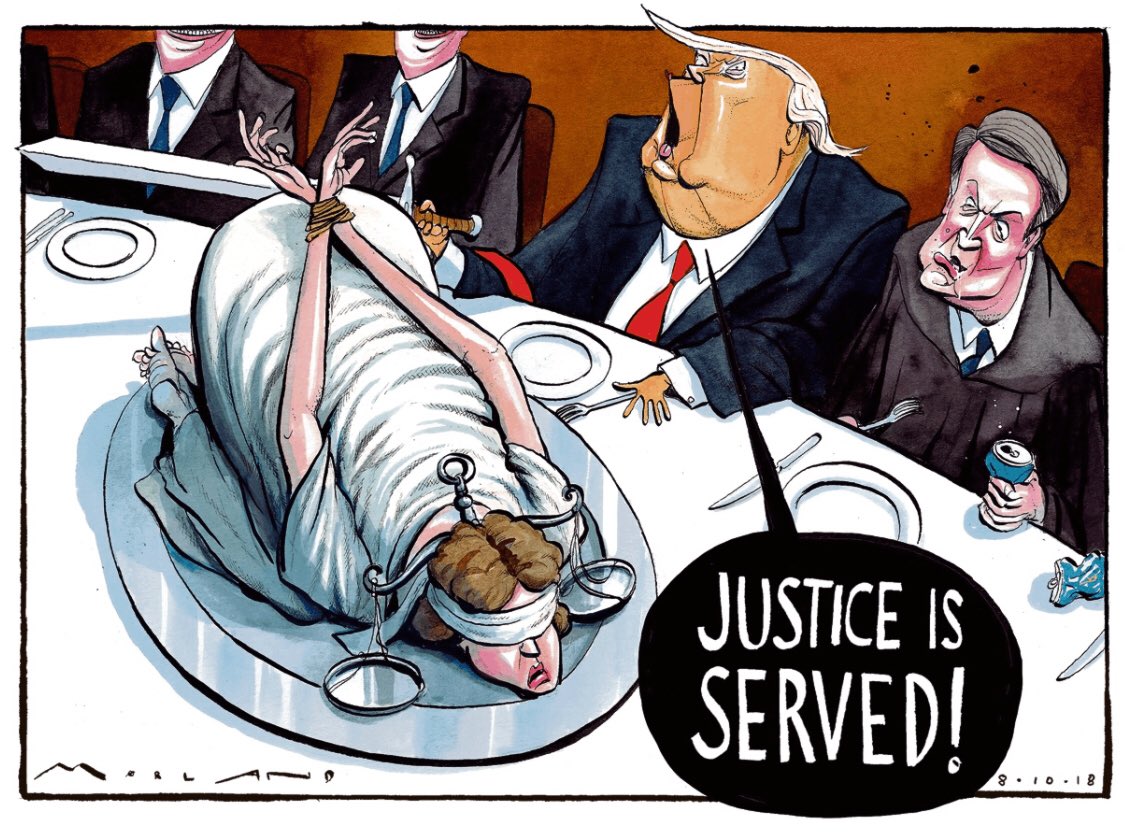 That awkward moment when justice is served…for dinner. Take note of the beer in Kavanaugh’s hand as well as the empty crumpled up next to him. It’s just fitting that these two men would have a blindfolded woman tied up in front of them.

4. Men Are So Emotional

Women have been labeled as “too emotional” since the very first caveman was decided women should be kept out of positions of power. We shed our uterine lining on a monthly basis, so we’re obviously “too emotional” to become president or be the CEO of any major company or to be believed when we speak up about our sexual assault experiences. Thank you, Kavanaugh, for proving all of these stereotypes wrong!

5. Off With Her Head

While men are convinced that the #MeToo movement is some kind of witch hunt, it’s the sexual assault victims who are suffering. From death threats to hate mail, Ford can’t even live in her own home these days. This cartoon couldn’t describe why women don’t speak up sooner any better.

Yale’s ivy league status is being threatened after the testimony of some of Kavanaugh’s classmates depicted him as a drunken frat boy with access to too much Rohypnol. While those who know him best could never imagine the man as a member of the supreme court, the people we trust most with making decisions in our country seem to think he can handle it. See, he’s a functional drunk. So we have nothing to worry about. 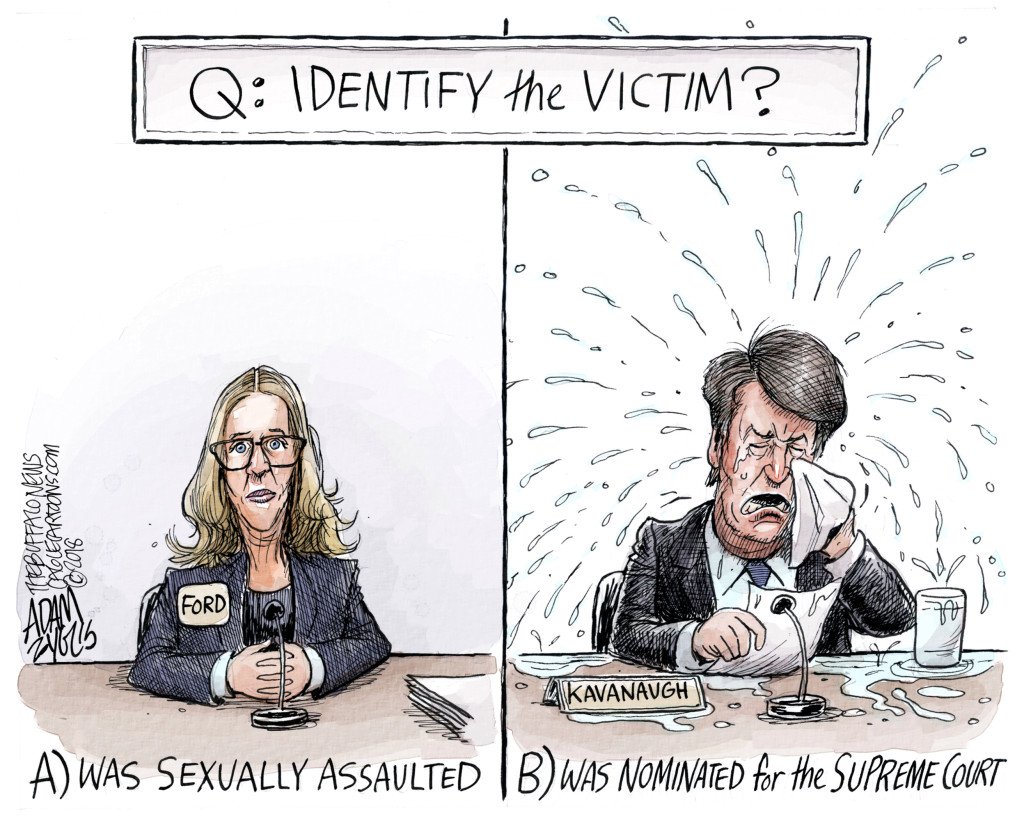 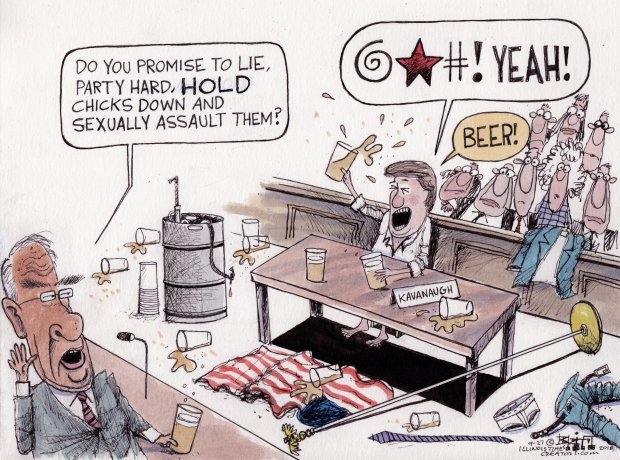 Kavanaugh is likely the only person in the entire world to talk about how much they like beer, throw a fit, and cry actual tears during an interview and still get the job. This, my friends, is white privilege.