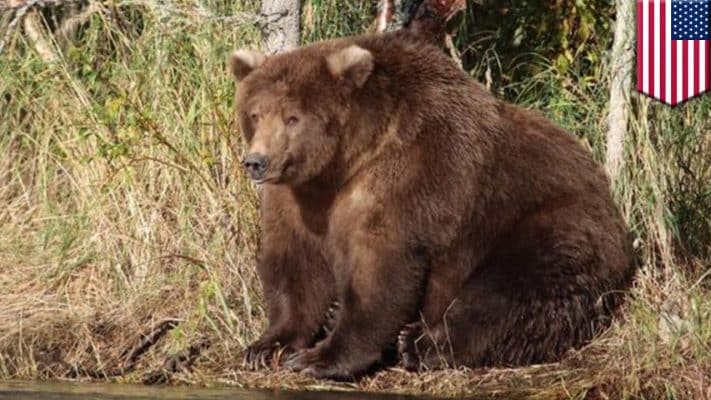 An Alaskan brown bear named 409 Beadnose can bearly contain her excitement. You see, the mother of two cubs has come out as the winner of the “biggest” bear competition in Alaska, aptly dubbed, Fat Bear Week. In a stunning and spectacular showing off of “radiant rolls” and “fabulous flabs” between 12 bear contestants, Beadnose has triumphed and is now crowned as the Fattest Bear in America.


To make Beadnose’s victory a lot more impressive, she did not need the help of McDonald’s to win, the usual preparation for winter hibernation was enough. Oh, also her dedication to her not-so-strict salmon diet has made her quite the winner. The times are a-changing indeed, plus size models are becoming more appreciated in the world today, both for bearkind and humankind, bear that in mind. Here’s Beadnose by the way, don’t judge her please, she can’t bear it:

As for how the contest was conducted, Alaska’s very own Katmai National Park posted the contestants’ photos on their Facebook page. There, the bear with the most likes won, and the lucky people on social media get to bear witness to the most majestic fat bear. The contest takes place once every year, so if you are unlucky enough to miss being a critique of bear thiccness, there’s always next year.

The park reiterated that the contest was not done to promote fat-shaming or unhealthy lifestyles but rather, to educate people about bears. Gaining weight and being fat for bears is mandatory since it is a life or death situation for them. If they do not fatten up enough come winter, they might not survive since bears lose a third of their body weight during hibernation. Unfortunately for human beings, we do not hibernate, so binging before winter has no healthy excuse, hence maintaining a healthy weight this Christmas will be our own cross to uh… bear.

Gift-giving isn’t just a seasonal affair between friends, families and acquaintances. The art of gift-giving is also conducted on a national scale with countries often sending each other big, weird and expensive gifts. Experts in all things gifts, Vanilla Reindeer put together some examples of these expensive and odd gifts that have been shared between… END_OF_DOCUMENT_TOKEN_TO_BE_REPLACED

There are lots of ways you can make Pres. Trump feel welcome: you can offer him coffee, or mow a penis into a field for him to view as his plane lands. The willie in question has been chopped by Born Eco ahead of the arrival of President Trump, who visited the UK Monday for… END_OF_DOCUMENT_TOKEN_TO_BE_REPLACED

The year isn’t even halfway over, yet Donald Trump has managed to make a fool of himself and our country countless times. From inviting the national college football champions, the Clemson Tigers, all the way to the White House for some McDonald’s to his to the dreaded results of Mueller’s investigation, it has been one… END_OF_DOCUMENT_TOKEN_TO_BE_REPLACED

Republicans have always said that when they gained control in Congress, they would work to overturn Roe v. Wade and here they are, cashing in on that promise one state at a time. So far, Alabama, Arkansas, Georgia, Kentucky, Missouri, and Ohio have all passed incredibly restrictive laws on abortions, making it illegal for women… END_OF_DOCUMENT_TOKEN_TO_BE_REPLACED

If you’re on Snapchat, then you’ve probably played around with (and were likely horrified by) their filter gender swap filters. While you’re probably using these filters to send hilarious pics to your friends, some guys using them to create Tinder profiles. What likely started out as a joke has quickly evolved, and these guys are… END_OF_DOCUMENT_TOKEN_TO_BE_REPLACED

“Milkshaking” is a hilarious trend in Britain where a milkshake is thrown at and ideally lands on a far-right politician or activist. The point of this nonviolence protest is to humiliate them without causing injury. Physical injury at least. There’s no doubt that milkshaking has led to a few bruised egos. Not only is this… END_OF_DOCUMENT_TOKEN_TO_BE_REPLACED