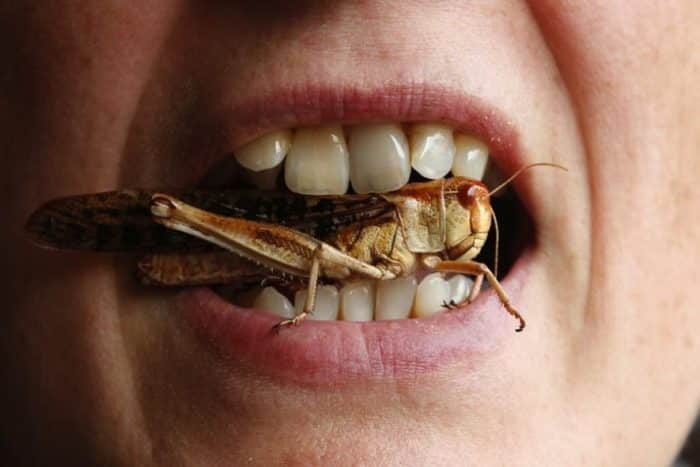 It turns out, a lot of cultures in different parts of the world are quite fond of eating insects. China, Thailand, Australia, Mexico, Brazil, and of course, Japan. Those who live in Western countries might have to take their cues from these countries, however, as the future of the food industry might revolve around insects. So Japan, thinking ahead, has made its very first edible insect vending machine, yum.


Here’s hoping that does not bug you, because Japan is quite serious about it. Their insect vending machine first appeared in the Shopping District of Kumamoto. At the moment, it is empty and has no insects yet, but it promises that it will soon have them, probably in different flavors too, meaning different species. Can’t wait for the cockroach-flavored ones, apparently, those are the healthiest in eating insects.

As for the actual variety of insects that the vending machine will sell, the machine comes with 30 buttons, meaning 30 different edible bugs for people to choose from. It appears the people responsible for the said vending machine in Japan also boasted that theirs is the first in the whole world. However, there have already been several insect vending machines in existence around the world.

It is worth noting that that photo above is from a rainforest habitat called Butterfly Wonderland in Arizona, U.S. and it also offers flavored edible insects. There are also some similar vending machines in a museum in Montreal which sells edible insects. Nevertheless, Japan might be on to something here with their widely public insect vending machines, they seem to be keen on putting bugs in their digestive systems.

Cockroach Milk: The New Superfood? Here’s How It’s Made

The world is devastated by the news that Britain’s Prince Philip, the Duke of Edinburgh, has died at the age of 99. Palace media confirms that the Duke has expired mid-day today, April 9th. The announcement did not contain any specifics on the cause of death. The United Kingdom will enter a state of national… END_OF_DOCUMENT_TOKEN_TO_BE_REPLACED

Who would have known that religious prophets would be among the most loyal supporters of former President Trump? In fact, it has been observed that the most conservative Christians may have been the right amount of push for Trump’s presidential win back in 2016. Since Trump’s election back in 2016, numerous self-proclaimed “prophets” have been… END_OF_DOCUMENT_TOKEN_TO_BE_REPLACED

President Biden falls and slips multiple times on the Airforce One Steps and PEOPLE ARE GOING CRAZY! What’s the big deal? Some people are hating, while others are making memes just for the fun of it. We are all human, aren’t we? Everyone’s expected to stumble some time in their lives. However, with the internet… END_OF_DOCUMENT_TOKEN_TO_BE_REPLACED