The day of when men running everything is ending. Not in a mythical “white genocide” way, not at all. Minority power is ascendant. It’s obvious to anyone paying a lick of attention. But white men are going to kick and scream as their radically unfair distribution of the pie (all pies, really) is cut down so as to provide enough for the other students.

And yet, Kavanaugh is now a Supreme Court justice, in frank defiance of both greater social trends and the stated will of the people.

The standard line from the media has been that the fragile male ego seeks consolation in like-minded anger, and they won by heating their shared victim complex to a brisk boil and using the gasses to run their windmill of outrage. And you know what? The damned thing worked.

Kavanaugh is now a Supreme Court justice, robes and all. Despite the fact that he pretty much definitely sexually assaulted a woman. Despite the fact that the woman came and offered highly credible testimony, right inside of Congress, the epicenter and symbolic birthplace of all Old White Men. And despite the fact that Brett Kavanaugh went off in a fit of conspiratorial rage during what could best be described as a job interview, inveigling against the Clintons and making passing references to a conspiracy to bring him down.

Raging in Time With the Machine 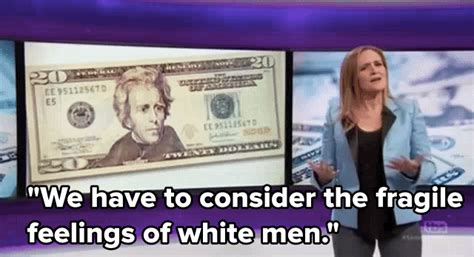 Kavanaugh is a hot-headed, angry man who is apparently prone to assaulting women while he’s drunk and doesn’t see this as a problem.  If you missed it, Matt Damon’s spot-on impression captured the tenor of the hearing quite well:

He worked hard, you see. He deserves this, you see. It’s his by right: he’s a white man in a suit with an Ivy League degree! That’s practically an admissions ticket to the ranks of the rich and powerful.

Upon his placement upon the Supreme Court, Kavanaugh promptly hired an all-female staff. It’s hard to imagine who told him to do that. How does surrounding himself with young women possible defray allegations that he’s a sexual predator who wants to be surrounding by appealing-looking women?

Did he think that people would give him props for supporting women? Because, if so, that must represent a dramatic misjudging of the populace’s concerns. Sure, it’s not a malapropism on par with Mitt Romney’s “binders full of women,” but it’s the same kind of confusion about whether or not women are smart enough to recognize transparent politicking. It’s hardly the kind of look that Kavanaugh really wants to be wearing at the moment, considering all the hullabaloo he’s just roared out of.

I do wonder how it feels to be the women on his staff. We know that they’re all qualified for their jobs: you don’t get to clerk for a Supreme without being talented. But it’s got to do your head in a bit. You must wonder if your only attained your space because your gender was convenient for optics. Would you be afraid of your boss and his apparently aggressive nature? How busy in Human Resources in a place like this? Oh man, government Human Resource offices are probably horrendous. HR is bad enough when it’s run by competent people. Imagine the travesty of a government-run operation.

Nearly anyone can work in government now, after all. Trump is the one guy who, out of all the people who thought I could better than the president, actually ran for president. That takes an insane degree of gumption, a delusion belief in one’s own ability, and an absolutely psychotic need to be loved by the populace.

With his success, Trump created a paradigm in which absolutely nothing is disqualifying from government service. Not the crudest behavior, the cruelest nature, or actual crimes. Government is rarely the first choice of any really brilliant people, but folks were at least vetted. No longer! Today, do anything you want, and you can still serve on the Supreme Court. Oh, provided your an angry white man, anyway. It’s an inspiration to all us other white people.

You may also be interested in the following posts:

Undeniable Proof that Brett Kavanaugh Is the Savior the US Deserves