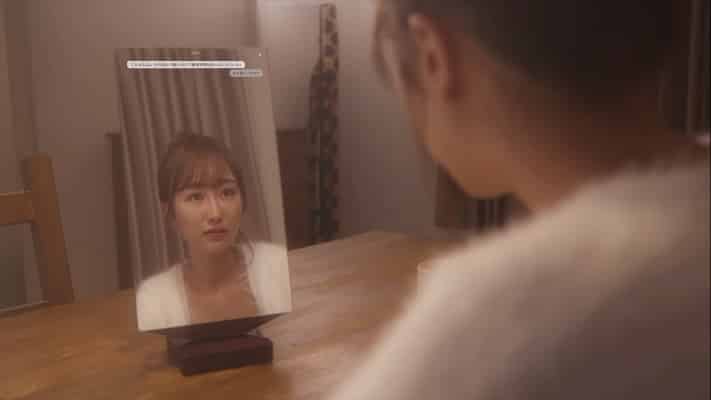 No matter how strong or successful a relationship is, there will always come a time when the sparks will fizzle out. It’s inevitable, people just get over the honeymoon phase. During that time, the significant other might start going their own way, ignoring you even. Missing all those “heyyy guurl” compliments is understandable, so the Japanese (yes, them again) invented a smart mirror that would compliment you when your bae is too busy with FIFA or Call of Duty.


A Japanese company Novera was responsible for these so-called smart mirrors. Take note, they are actually a lot more advanced than you think since they are equipped with a monitor, camera, and speaker. It will then scan the face of the user in order to come up with the perfect compliment. Apparently, it can also gauge the user’s mood and it can also recommend makeup styles. Meaning it can tell when you are sad. Here’s the demo video:

Unfortunately, it only comes in a Japanese male voice– albeit a sexy one, though not quite Gosling. Still, it might be enough to replace men as conversational companions, especially since it can even encourage the users to smile and be happy whenever they are frowning. It is worth noting that the mirror’s current male voice actor is Yuki Kaji from “Attack on Titan.” However, more voice actors will soon be available for additional options.

At the moment, non-Japanese men have no need to panic since there is no Ben Affleck or Ryan Gosling version of the smart mirror yet. Pricing is also yet to be announced. The company also did not specify whether it can be used to kill a girl next door with snow-white skin that your husband or boyfriend regards as the fairest of them all.

Comedian Discovers Two-Way Mirror In Restroom Before A Gig [Video]

The world is devastated by the news that Britain’s Prince Philip, the Duke of Edinburgh, has died at the age of 99. Palace media confirms that the Duke has expired mid-day today, April 9th. The announcement did not contain any specifics on the cause of death. The United Kingdom will enter a state of national… END_OF_DOCUMENT_TOKEN_TO_BE_REPLACED

Who would have known that religious prophets would be among the most loyal supporters of former President Trump? In fact, it has been observed that the most conservative Christians may have been the right amount of push for Trump’s presidential win back in 2016. Since Trump’s election back in 2016, numerous self-proclaimed “prophets” have been… END_OF_DOCUMENT_TOKEN_TO_BE_REPLACED

President Biden falls and slips multiple times on the Airforce One Steps and PEOPLE ARE GOING CRAZY! What’s the big deal? Some people are hating, while others are making memes just for the fun of it. We are all human, aren’t we? Everyone’s expected to stumble some time in their lives. However, with the internet… END_OF_DOCUMENT_TOKEN_TO_BE_REPLACED