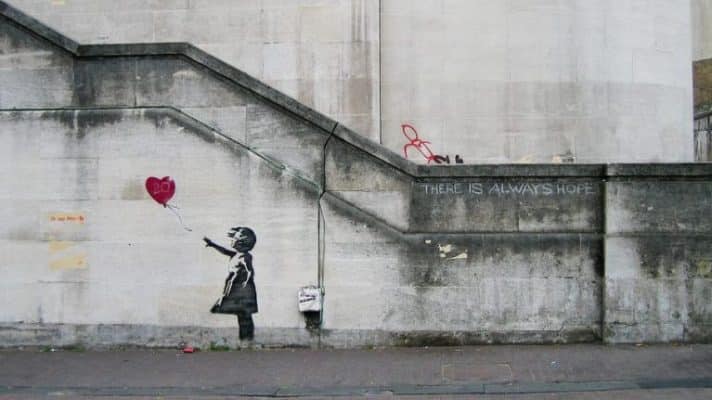 While it is still being debated around the world what art really is and who it really is for, one artist laid it clear what art should not be. His name is Banksy and he thinks that art should not be prostituted by capitalism. So when one of his famous paintings got resold into an auction for $1.4 million, he devised a devious frame that shredded the painting automatically after it got sold to the highest bidder. Classic Banksy:


There is no denying that what he did will probably go down as one of the greatest art stunts ever. It is also not every day when one gets to troll hundreds of millionaires/billionaires in their own game. The said auction took place on October 5 in Sothebys where one millionaire could have laid his dirty hands on a creation of a rebel, until it got shredded. So how did Banksy do it? He went to Instagram to reveal his carefully planned performance art:

. “The urge to destroy is also a creative urge” – Picasso

Turns out, Banksy customized the frame himself and secretly built in a portable shredder in the frame of the 2006 painting just in case it got sold for millions at an auction. It is worth noting that while the painting was worth millions in the bid, Banksy would not have gotten a single cent since it was an auction resale, not that Banksy would have wanted a piece of the cake, though.

However, some auction flipping experts claimed that Banksy’s stunt would only cause the value of the shredded painting to increase by about 50 percent more, meaning Banksy might have accidentally increased the value of said painting, despite its state. Still, it was a brilliant show, though he really could have used cross-shredded instead.

Someone Accidentally Painted Over An Early Banksy Mural

New Banksy Murals at the Barbican Explained on Instagram

Presidential pardons are one and many in the history of the US. There are many times when US Presidents granted reprieves for their citizen’s misdeeds. The US President may grant a pardon for any individual, including himself, for any crimes done against the country and its citizens. This issue of Presidential pardons has been trending… END_OF_DOCUMENT_TOKEN_TO_BE_REPLACED

President Biden has tapped Rachel Levine to be his assistant secretary of health, making her the first publicly transgender federal official. In 2017, Democratic Gov. Tom Wolf appointed Levine to her current post, making her one of the few transgender persons serving in appointed or elected positions countrywide. Biden said in a statement: “Dr. Rachel… END_OF_DOCUMENT_TOKEN_TO_BE_REPLACED

The minimum wage hike has always been an issue in the US for the past decades. With only a few hours before Biden gets inaugurated as the President of the United States, people are excited for all his promises to take place. One of these is his plans to raise the minimum wage of workers… END_OF_DOCUMENT_TOKEN_TO_BE_REPLACED