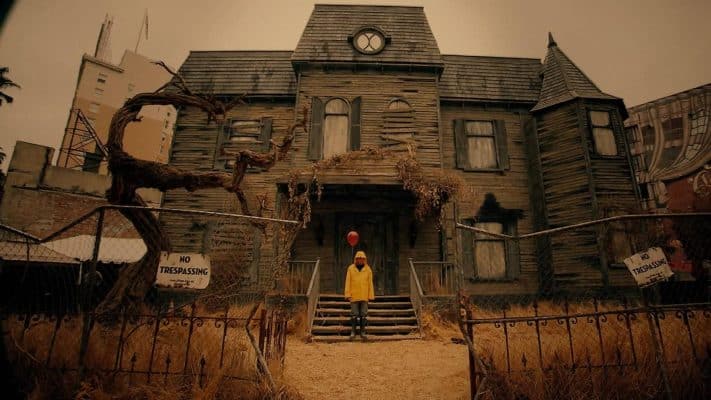 It can be quite sad that there are people who love Christmas more than Halloween. It has been a proven fact by Tim Burton in “The Nightmare Before Christmas” that Halloween is the best, some people seem to agree with him too. As for those who don’t, well, it is up to you to treat them to a haunted hotspot and change their minds about it. After all, when has Christmas ever helped you with your bowel movement and bladder? You ought to pick the best-haunted places in the U.S. too, so here they are, the perfect (or final) six Halloween tourism destinations:

It was a Revolutionary War battlefield, meaning lots of people died here. There have been reports of a screaming woman, prompting the police to investigate, only to find nothing there. Other than that, the place is also haunted by a faceless man wandering around the fort.

Previously a Civil War City Hotel back in 1821, a lot of brawls took place and people were killed here, one was even beaten to death. Hence, nowadays, people in the brewery would often see and feel bottles being thrown around and guests being slapped and pushed by unseen things.

Closed down because of alleged extreme solitary confinement punishment and cruel torture of inmates. Visitors would often hear laughing and phantom footsteps in the dark and empty hallways.

Legend tells of the 13th child of Deborah Leeds back in 1735. The baby had a goat’s head, leathery wings, and hooves and immediately flew away after being born. It was named the Jersey Devil and to this day, stalks the Pine Barrens area killing livestock and spooking residents.

An asylum infamous for inhuman treatments of patients. It was forced to close down due to mental healthcare reforms but not before hundreds of patients died due to the extreme conditions and treatment methods of the asylum. Many visitors have reported seeing shadowy figures in the former asylum.

The hotel which inspired Stephen King’s “The Shining” novel. The owners can be frequently felt in the hotel, Mrs. Stanley’s piano plays on its own at certain times of the day and Mr. Stanley appears in photographs despite being long dead. It has been categorized by Paranormal experts as one of the most active ghost sites in the U.S.

Horror Hotel Room Now Available In Japan; Are You Brave Enough To Stay There?

The Blood Test, The Swab Test, and The Saliva Test      Essentially, there are three general types of COVID-19 testing produced so far. One is the rapid test, the second is the saliva test and the other is the swab test. The rapid test (also known as the anti-body test) uses blood samples. The swab test… END_OF_DOCUMENT_TOKEN_TO_BE_REPLACED

The COVID-19 pandemic is one of the biggest modern pandemics known in history. Currently, there are more than five million confirmed cases in the world, with a total of 333,000 deaths. A total of 1.6 million of these confirmed cases are in the US alone. The world is currently in a race of finding a… END_OF_DOCUMENT_TOKEN_TO_BE_REPLACED

Despite concrete data and research, people’s opinions will always be diverse when it comes to a variety of topics including religion, politics, gender, and more. Denial is a common reaction to many important discussions and serious world events. The COVID-19 pandemic does not differ from any issues and is subject to opinions from critiques all… END_OF_DOCUMENT_TOKEN_TO_BE_REPLACED

Back in January, when the Wuhan, China coronavirus broke out, it didn’t make it to the front page of newspapers, in print or virtual form. Today, January feels like a lifetime away. Like it or not, people around the world have adapted to the new normal – staying at home, frequent hand washing, and social… END_OF_DOCUMENT_TOKEN_TO_BE_REPLACED

Since the beginning of the year 2020, the whole world has been stupefied by the rapid spread of a deadly coronavirus known as COVID-19. World superpowers in the West were unable to prevent the virus from reaching their borders. Because of this fact, the novel coronavirus COVID-19 became a world-wide pandemic no less than three… END_OF_DOCUMENT_TOKEN_TO_BE_REPLACED

For months since the start of 2020, the attention of the world has focused on immediate response efforts to contain and combat the novel coronavirus, also known as COVID-19. The deadly virus has pushed millions of people into isolation.  This kept people in their homes for weeks and months away from their work, their friends,… END_OF_DOCUMENT_TOKEN_TO_BE_REPLACED