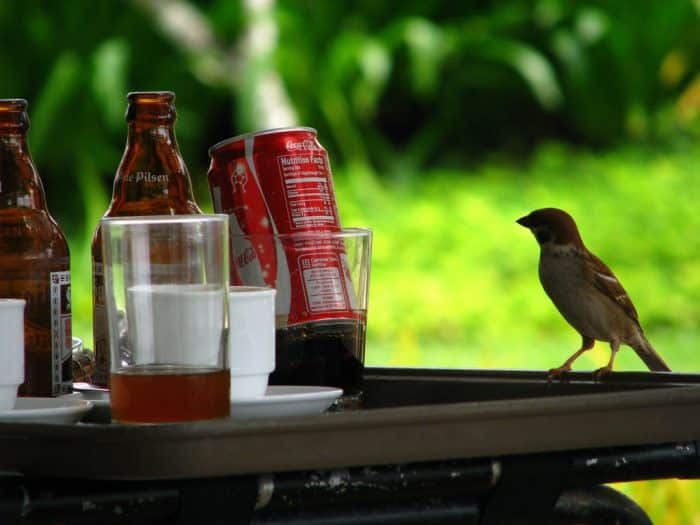 Well, it seems humans and birds have a lot more in common, apart from tweeting. Apparently, these descendants of dinosaurs cannot handle their liquor well too, like a lot of humans. Of course, the same can be said for any animal, alcohol, after all, makes everything drunk and more beautiful. Oh, and it also makes the drunk birds a lot more destructive, especially when they choose to drink and fly.


In Minnesota, the alcoholism problem among the bird youth is somehow going out of control. Many young birds are dropping out of flight school after getting a taste of fermented berries brought about by the early frost. Apparently, these fermented berries contain sugar that turns into alcohol once they lose moisture and the birds seem to love those and even binge on them.

It also appears that younger birds are less tolerant of the alcohol from fermented berries than more mature birds. The result? Minnesota has been experiencing some weird bird activities where they fly into windows and cars directly after flying “under the influence” of alcohol, not unlike what a lot of human youths do while drunk.

In fact, the Gilbert Police Department in Minnesota has been receiving a lot of calls lately about some young punk birds causing panic in neighborhoods. However, the police department assured the people of Minnesota that the drunk birds would eventually sober up and there is no need to call the cops on them. They added that people should not call the police unless they see “Bigbird operating a motor vehicle in an unsafe manner” or “Tweety acting as if 10ft tall and getting into confrontations with cats”.

The Technology Behind the Famous ‘Drinking Bird’ Is Brilliant

The US arms sale industry is large and successful. More than 30% of exported weapons in the world come from the United States. They supply to no less than 90 nations making it one of the largest suppliers of weapons in the world. The US makes an estimate of almost 200 Billion dollars in annual… END_OF_DOCUMENT_TOKEN_TO_BE_REPLACED

Now that the election results are almost final, we all want to ask what’s going to happen to Donald Trump after leaving the office? All US Presidents inevitably reach the point where they leave the White House.  Besides, the constitution states that all US Presidents are subject to a two-term limit. What do former presidents… END_OF_DOCUMENT_TOKEN_TO_BE_REPLACED

This is the first time in modern history that the US held presidential elections in the middle of a pandemic. In truth, the US elections may have overshadowed COVID-19 and the side effects are limitless. America is facing a tough crisis of discontentment with the current administration. An understandable case but a situation that may… END_OF_DOCUMENT_TOKEN_TO_BE_REPLACED