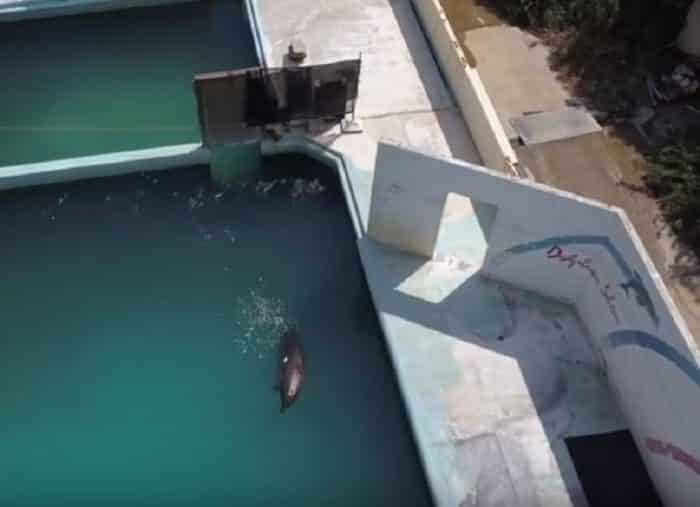 There are plenty of reasons why marine and water parks are not very conducive for the health of marine life. A lot of animals in there are not meant to live in captivity, particularly Dolphins who are social creatures and need constant companionship from their own. Then there is also the fact that replicating their environmental activity and diet is just not possible. Animal cruelty is also not a remote possibility, like what happened to the marine animals in an aquarium in Japan.

The Inubosaki Marine Park Aquarium in Chosi, Japan has finally closed down recently after years of struggling financially. A nuclear crisis back in 2011 has had dire repercussions for the said area, leading to a steady decline in the number of visitors for the marine park, hence its closure. However, it failed to find a replacement sanctuary for the marine life it was housing, meaning the aquarium proprietors simply abandoned its dolphin, penguins, and fishes.

It was only because of the kindness of former employees that the marine animals are being taken care of. Despite that, no one knows exactly how the animals are being fed. One of the most notable animals in the marine enclosure was Honey, the only dolphin in the park. A high-altitude shot of the area revealed that Honey was left behind in her cramped concrete tank circling around alone and probably hungry.

Hence, there have been protests outside the facility aimed at the executives because of the apparent cruelty to animals being practiced there. A petition has also been initiated to help the animals find a sanctuary that will care for them as soon as possible. Right now, Honey and the other marine animals in the abandoned aquarium are still often alone, hungry, and abandoned.

Just this week, lawmakers approved a bill establishing the District of Columbia (D.C.) as the 51st state of the United States of America. This is after multiple calls and protests from the citizens to finally consider D.C. as a state.  However, the bill is not out of the woods yet as it faces multiple oppositions… END_OF_DOCUMENT_TOKEN_TO_BE_REPLACED

John Bolton’s new book entitled ‘The Room Where it Happened’ had been stirring up quite the attention since it was announced for release last week. Officially released only June 23, the new book seems to threaten the Trump administration as there had been moves to get it unpublished. The request was later on turned down… END_OF_DOCUMENT_TOKEN_TO_BE_REPLACED

Learning about the Juneteenth Holiday The Juneteenth holiday, celebrated every 19th of June, is a commemoration of the liberation of enslaved African-Americans in the United States. It was on the 19th of June 1865 when Union Army General Gordon Granger announced General Order No. 3 in Galveston, Texas officially emancipating slaves in the entire state.… END_OF_DOCUMENT_TOKEN_TO_BE_REPLACED