Desperate Mom is Searching for Nanny to Teach Lazy Husband...

Traditionally, a nanny is just expected to help raise the kids. However, a mom in the UK is searching for a willing childcare professional to help look after her husband as well as her two children.

The desperate mother posted an advert to UK site Childcare in the hopes of finding a nanny who will teach her husband and two sons – aged 11 and nine – basic chores, as they currently refuse to help around the house.

The chosen employee will be paid £10 ($13) to come over after school and show the fellows simple tasks, such as washing the dishes, ironing, folding sheets, and vacuuming the house.

Unsurprisingly, the overworked mom from Birmingham is concerned that her husband’s lazy (and frankly, sexist) attitude will rub off on their boys. Apparently, she’s already tried to teach her husband and sons how to do the housework, but they’re reluctant to muck in and leave everything up to her. 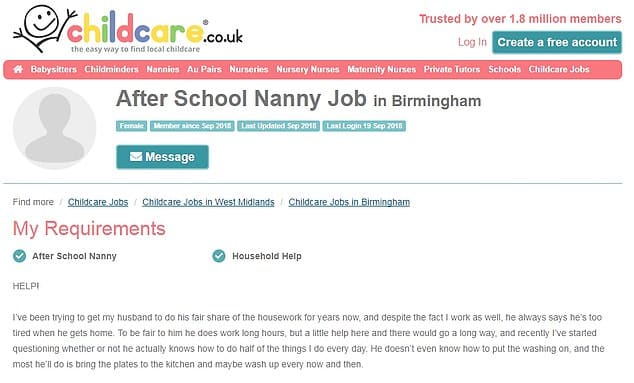 She says that if she doesn’t do the chores, they don’t get done. As a result, she often has to do the housework during the night after working all day at her full-time job.

“Obviously this is probably something loads of couples go through, but we’ve got two sons and I’m worried his bad attitude towards housework, particularly that it’s the job of women in the house, is rubbing off on them,” she says in her post.

“My husband’s amazing, he gives so much for our family and I appreciate everything he does for us, but his attitude to housework is just appalling.” 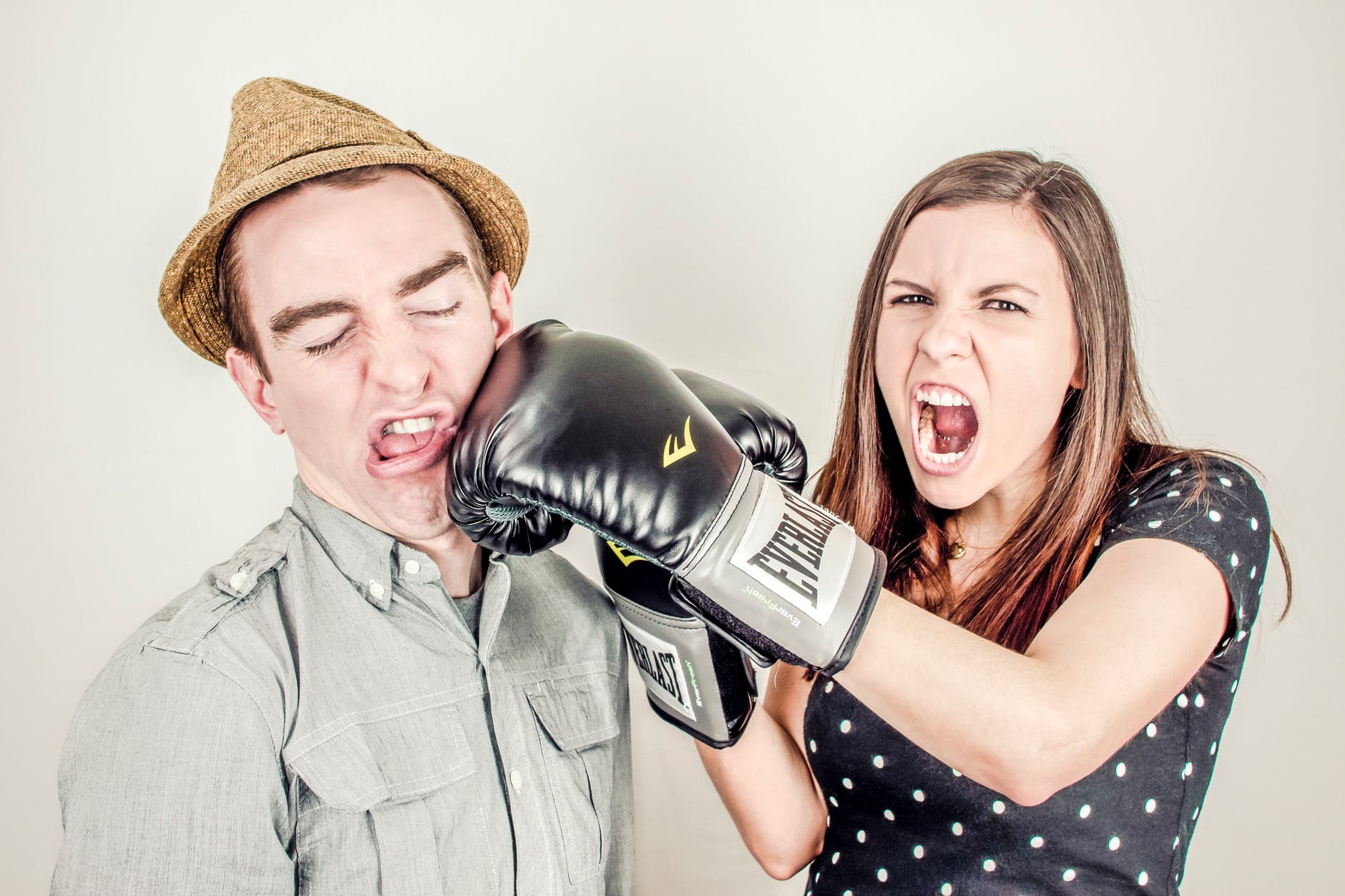 The mom decided to bring in paid help after landing a new job which requires her to work evenings, as she’s worried “things will only get worse” when she’s not around.

The new nanny will be expected to work Monday to Friday from 3pm to 8pm, and her duties will involving picking the children up from school and teaching them to cook, clean, wash up, vacuum, to use a washing machine, and iron clothes.

Sorry dear, but it sounds like she needs a new husband rather than a new nanny.

People Are Sharing Their Family Secrets Online and it is DARK