We all know there are certain costumes that are a big no-no on Halloween. If you haven’t heard, dressing up in a costume that depicts cultural stereotypes is frowned upon. That includes “Indian” costumes, poncho-wearing Mexicans, Islamic terrorists, and anything that involves wearing blackface. This Halloween, due to the current political climate, there is a whole new level of inappropriate costumes. Here are a number of politically incorrect Halloween costumes to avoid this year.

You might think that this Illegal Alien Halloween costume is funny, but it’s not. It’s actually quite offensive, especially in today’s political climate. Immigrants in the United States are dealing with enough discrimination as it is, so why add to it? Immigrants might not speak our language, but they’re still human beings. If you want to dress like a green martian from outer space, go crazy. 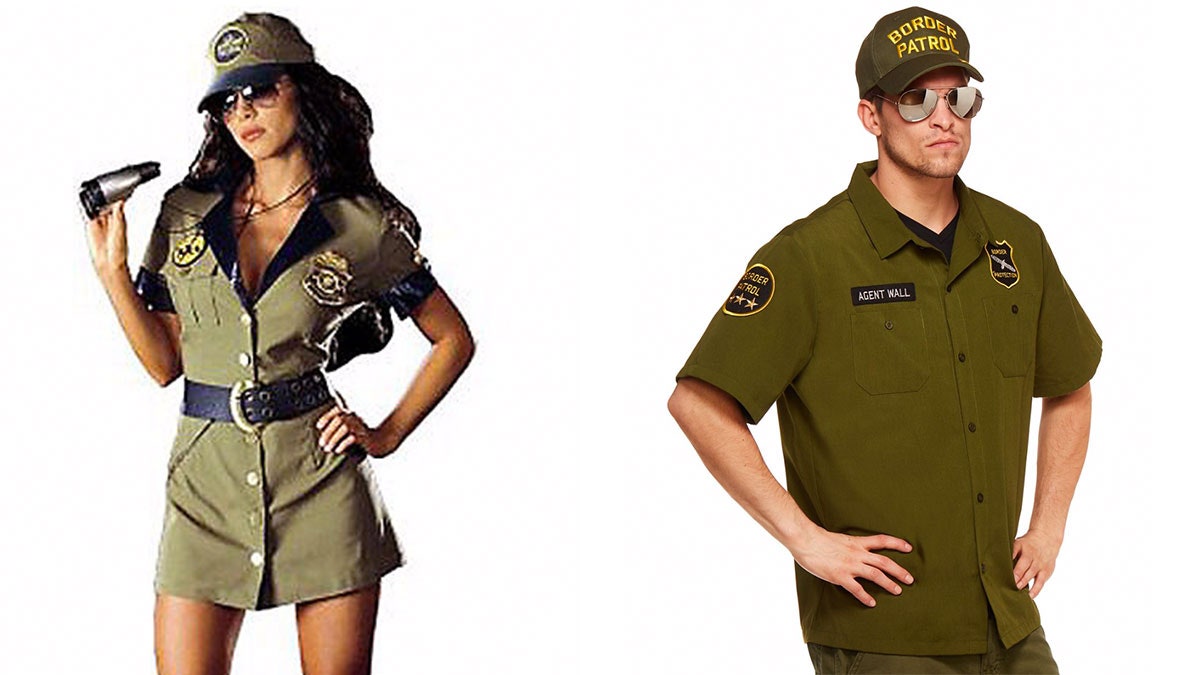 Unless you’re a racist with a chip on your shoulder, skip the border patrol or ICE costume. It will only lead to a world of trouble if you dare to walk around wearing it, as the combination of differing opinions and partying on Halloween are a recipe for disaster. Dress as a cop or something completely different and avoid the drama altogether. 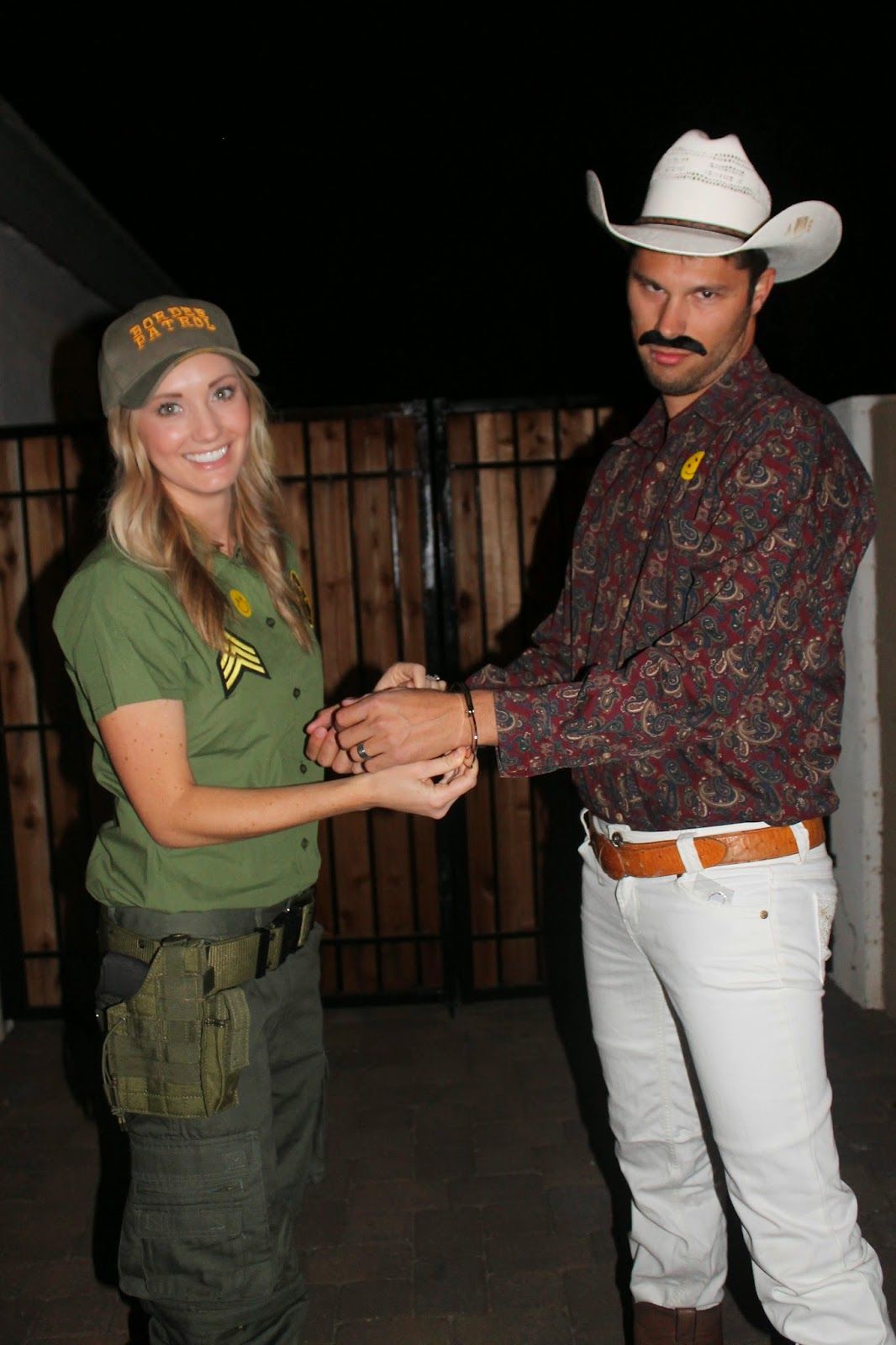 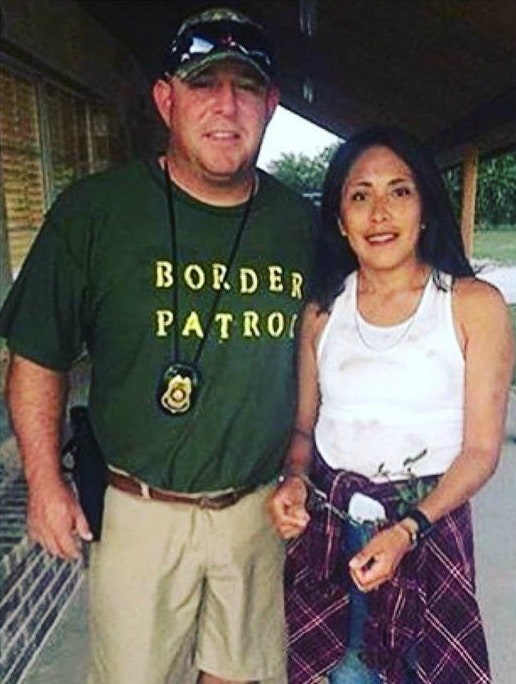 Immigrant detainees are going through hell. They’re being separated from their children for months and forced to live in cages. Even if you think that they get what they deserve for not following the immigration process properly, you’re not in their shoes. You don’t know what’s really going on in those border detention centers, so it’s best not to touch this concept for the sake of your Halloween costume. For all you know, you’re dressing as a group of people who will one day be compared to those in German concentration camps.

You’ve likely read about some of the uproar in connection to this sexy Handmaid’s Tale inspired Halloween costume. If you haven’t, all you need to know is that quite a few people were pissed that this oversexualized version of an abused and oppressed character was ever produced by Yandy, a lingerie company. It’s probably safe to assume that the minds behind this ingenious costume have never seen the show or read the book. If they had, then they’d know just how wrong their alterations were. 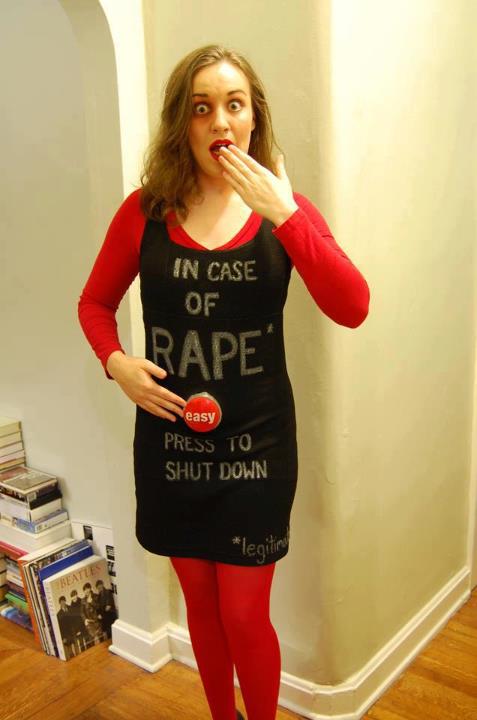 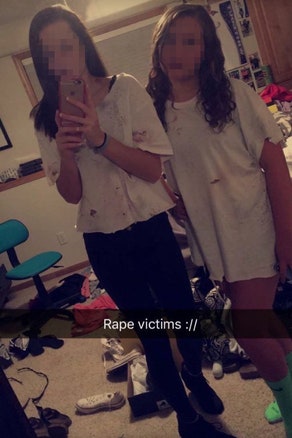 This shouldn’t even be on this list, but as you can see, people need to be told that dressing up as a rape victim is wrong. Why on earth anyone would think this is okay is beyond me. The girl on the left even had the audacity to put an asterisk next to the word “rape” that directed you to the bottom of her dress where it reads “*legitimate”. Ummm…WTF?? Clearly, these girls lack common sense. 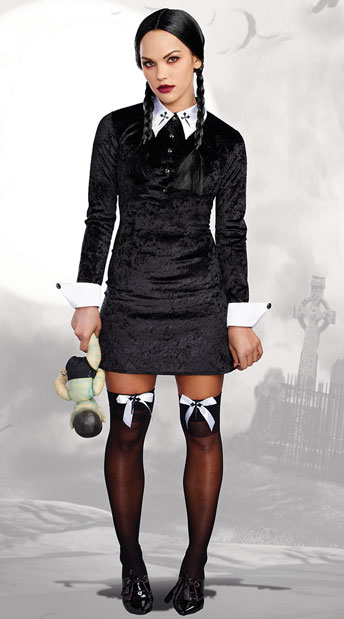 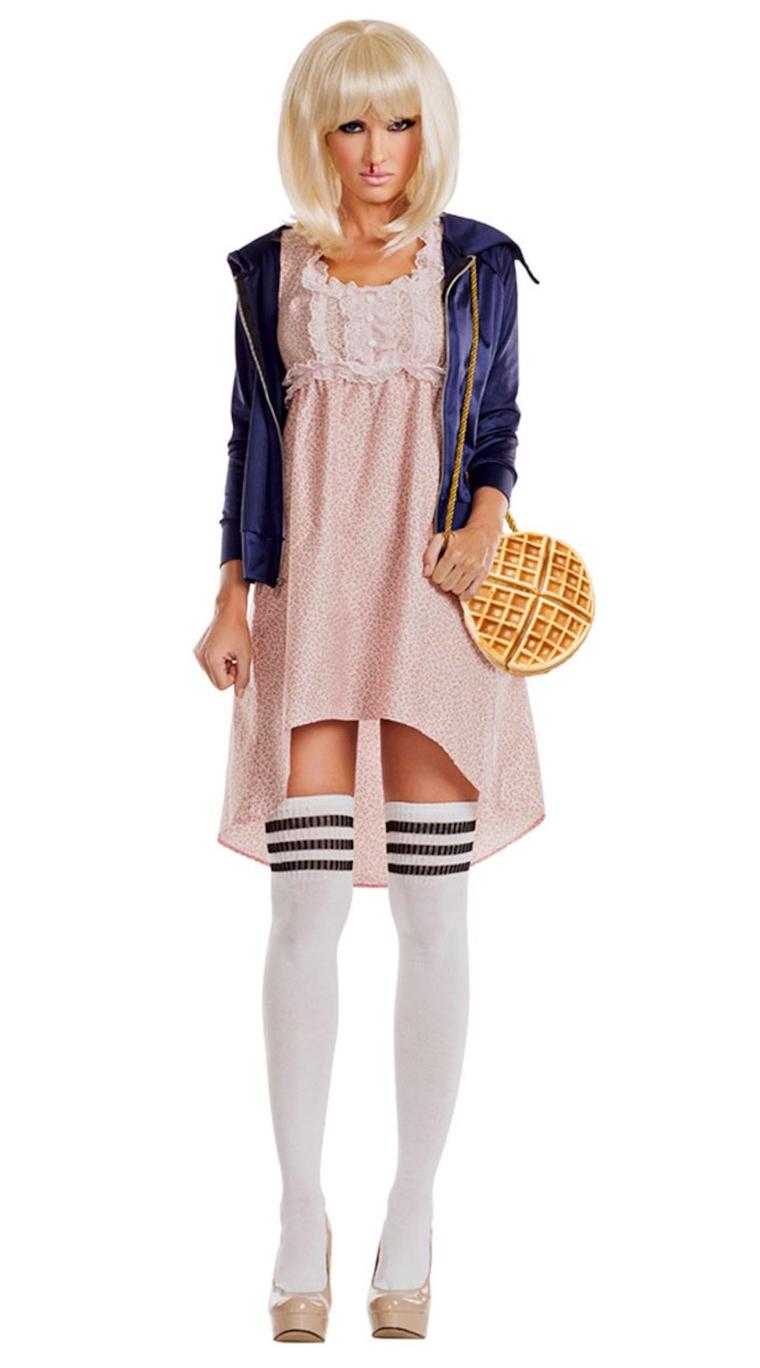 People are (understandably) having issues with the over-sexualization of child actors these days. One of the most relevant examples is the cast of Stranger Things, who’ve become the sick objects of affection of adults all over the world. While the boys have their fair share of creepy admirers, Millie Bobby Brown who plays Eleven has been the subject of the most headlines when it comes to this issue. Most recently, people have been cringing over the child actress’ friendship with the much older musician, Drake. This sexy Eleven costume by Yandy added to the drama as it’s an inappropriate depiction of the fourteen-year-old. She’s not the first child character to become over-sexualized for the sake of Halloween though. While a sexy Wednesday Addam or school girls costume might not receive the same attention, the problem is still there.

7. Billy Cosby and a Victim 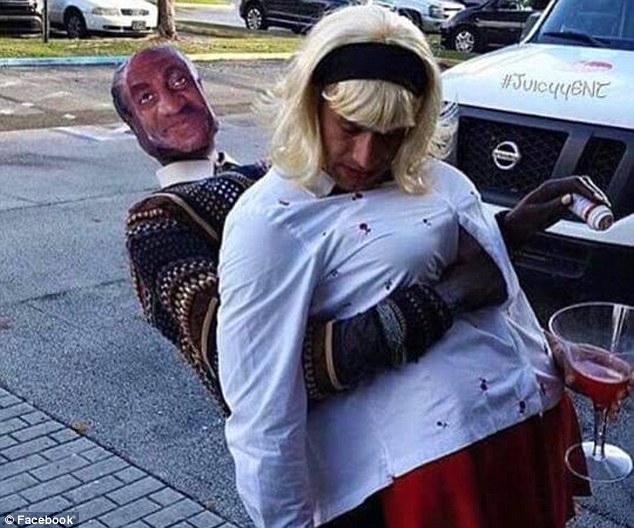 Rape isn’t funny. Even when it’s a celebrity that is guilt. People often think their Halloween costumes are less offensive if a celebrity is somehow involved, like dressing up as a bruised Rhianna and Chris Brown or a hospitalized Lamar Oden and Khloe Kardashian. We don’t need to make jokes about rape or domestic abuse or drug addiction. 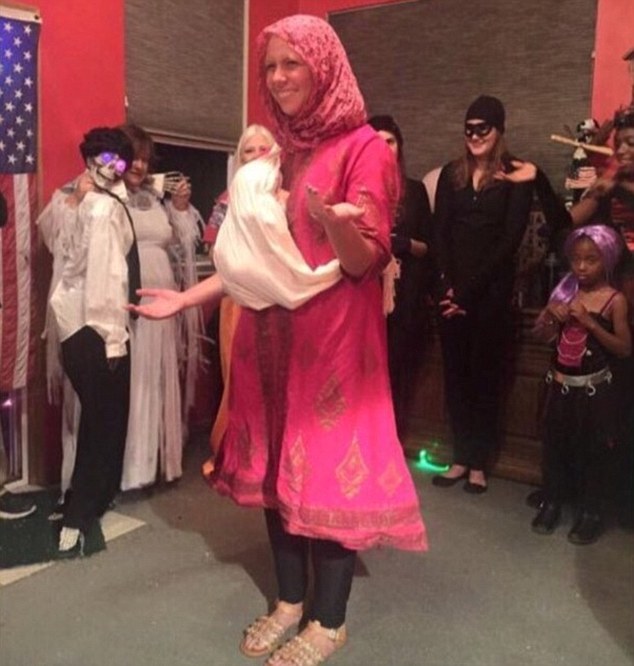 Human sufferage is not a costume, but this woman thought otherwise when she decided to dress as a Syrian refugee for Halloween. She even strapped a fake baby to her chest. The only thing missing from her costume is the blood of her loved ones on her clothes and a look of experienced trauma on her face. 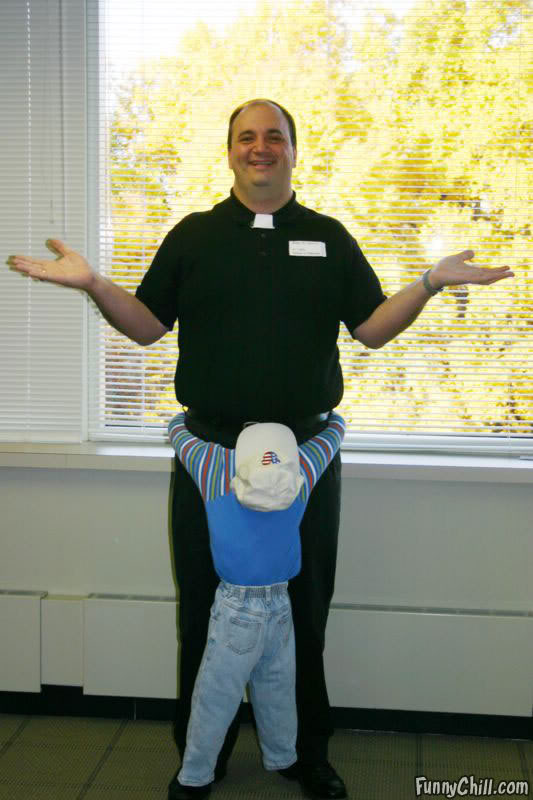 Wearing a costume that exhibits a child in the process of being abused by a priest is just about as far from being politically correct as you can get. Hopefully, these “funny” guys went out a bought the kid’s clothes for their costume and don’t actually have children of their own. We all know that priests molest kids. Imagine what kind of world we’d live in if people took all of that time and effort they put into making this kind of costume into preventing kid’s from being molested in a church in the first place. It’s not just politically incorrect to go out on Halloween as a rape victim, it’s also pretty screwed up to dress up as a rapist. Perhaps it’s their way of hiding in plain sight. It would be nice if those capable of sexual assault would wear some kind of label so they can be avoided, so maybe this isn’t such a bad idea. It’s not funny, but it might be useful to the rest of us this Halloween.

It has been nearly two years since Donald Trump has become the president of the United States, and there’s still no sign of progress with this wall he promised. This Halloween costume might have been trendy a few years ago, but now it’s not only offensive but old news as well. Avoid political debates this Halloween and find a different costume to wear. 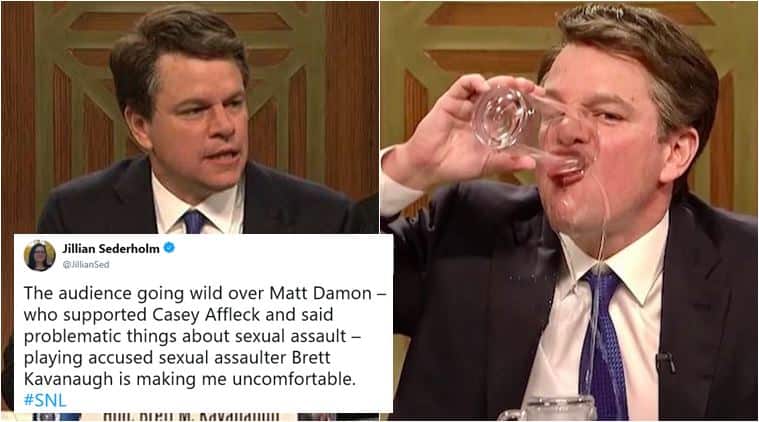 While Matt Damon was applauded for his recent Brett Kavanaugh impersonation on Saturday Night Live, it’s best to avoid dressing up as the accused rapist this Halloween. It’s just too soon. The same goes for Christine Blasey Ford or any of Kavanaugh’s other victims, regardless of what the outcome of the FBI investigation will be.