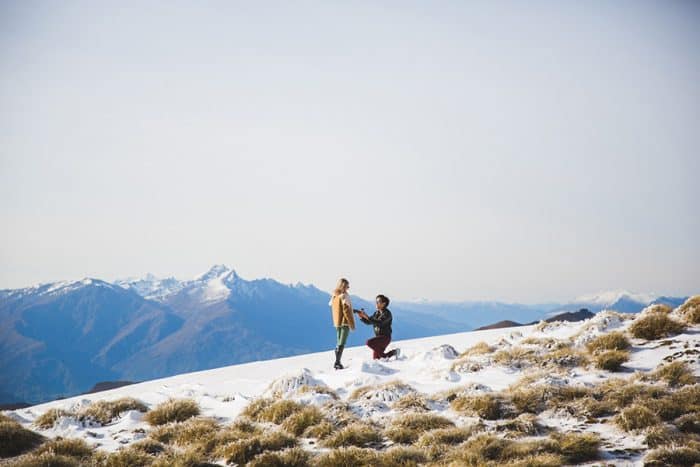 If there is probably one thing that the younger generations can do better than the older ones (apart from operating gadgets) its marriage proposals. Often we see some daring “will you marry me” scenarios where one mishap could ruin the whole thing. The more successful they get, however, the higher the bar rises for other couples. However, one couple tried to climb a bar too high and their marriage proposal turned into a nightmare.


27-year-old Texas man Joshua Mason wanted a rather dramatic marriage proposal for his girlfriend, 28-year-old Katie Davis. Apparently, Joshua saw too many mountaintop proposal success videos and wanted to try out his own. So under the pretense of climbing Mount Jasper in Colorado, the couple set out towards what could have been a beautiful engagement.

But then they got lost in the mountains. Initially, the two walked eight miles up a 13,000ft. summit to find a secluded spot. There, Mason proposed to Davis and she accepted, so they decided to descend happily. However, they did so when it became too dark and they no longer had any trail to follow. The two got lost on the way back down without any cold weather gear and inadequate water.

Luckily, some nearby camper found them. The two were already showing signs of altitude sickness and dehydration after being sheltered by mountain campers. Rescuers were promptly called to the spot and the lovebirds were escorted to lower altitudes where they could walk and recover. Mason did admit that he was not prepared for the trek, hence their failure to climb back down. Nevertheless, they decided to continue the engagement and they are on their way towards an eventual wedding, hopefully, they don’t get lost on the way.

Together with the fireworks for the Independence Day weekend, the latest explosive Hollywood news involves no one else but the controversial Kanye West. The famous celebrity has revealed his plans for a presidential run. Originally planned for 2024, he has stated that he is actually going to run for the 2020 Presidential elections in November. The… END_OF_DOCUMENT_TOKEN_TO_BE_REPLACED

Recent trends have reported that K-pop fans in the US are getting mixed in with current issues in politics. K-pop fan communities are using online platforms to rally up and protest against racism in the United States. In support of the #BlackLivesMatter movement, the online K-pop community has come together in protest. Never has it… END_OF_DOCUMENT_TOKEN_TO_BE_REPLACED