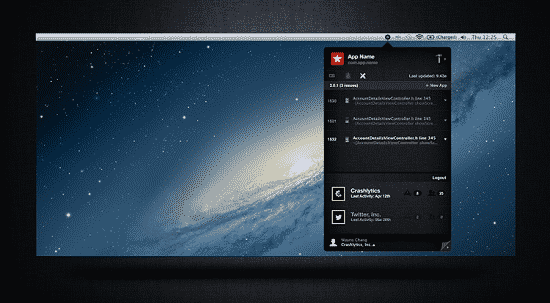 Crashlytics , the crash reporting and troubleshooting startup that has monitored platforms for Yelp, Kayak, Waze and others, has been purchased by Twitter.

Twitter plans to keep Crashlytics operational for third-party vendors, but will “leverage Twitter’s infrastructure to deliver new features faster than ever.”

The platform is used by developers to show exactly which line of code causes a crash to occur. The goal of Crashlytics is to allow for faster recovery of downtime caused by human error.

Twitter will likely implement its new acquisition into its own infrastructure to help avoid costly server crashes which have hit the social network on various occasions.

In response to the acquisition the Crashlytics team posted the following message:

“We started Crashlytics a little over a year ago to address a huge hole in mobile app development. With hundreds of millions of devices in use around the world, it was impossible for developers to fully test every edge-case and catch every bug before release. Even worse, when problems did crop up, it was often difficult and complicated to find the root cause. App developers were stuck with little insight into what happened and forced to rely on vague end-user feedback to diagnose problems.

With today’s announcement, much will remain the same. Development of Crashlytics will continue unabated and we remain dedicated to working with all of our customers – current and new, big and small – to deliver the key app performance insights they need.

Going forward, we’re thrilled to work with the incredible team at Twitter. We share a passion for innovating on mobile and building world-class applications. Joining forces will accelerate our build-out, allowing us to leverage Twitter’s infrastructure to deliver new features faster than ever.”

Do you think Crashlytics will help turn the Twitter platform into a better micro-blogging service?