8 Most Offensive Political Memes You Won’t Be Able To...

Ever see a political meme online and just cringe? Some people seem to go out of their way to come up with memes that cross the line. These political memes are so offensive, you won’t be able to unsee them!

1. Mexican Athletes Get A Free Pass

Apparently, people from Mexico only hold value in this country if they’re athletic enough to put on a professional team of some sort. I guess this shouldn’t come as a surprise, as the same goes for most people of color. Let’s not forget that a wall hasn’t been build just yet. 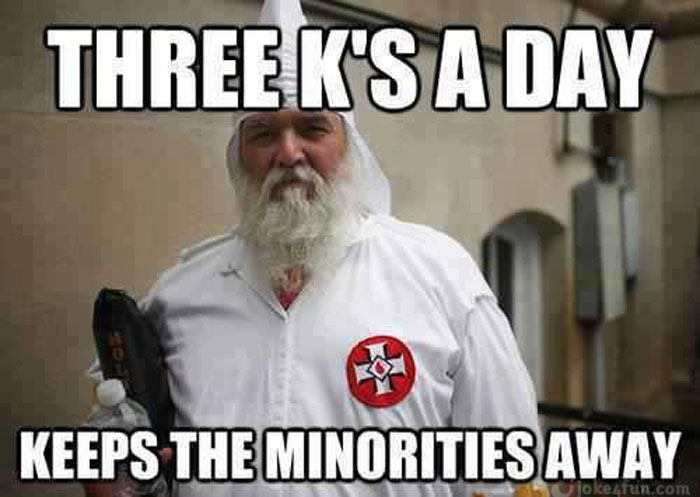 This might be the nursery rhyme bigots choose to sing to their children at bedtime, but it definitely crosses a line. Also, all the hate in the world isn’t going to keep people of color away. It won’t be long before white people are considered a minority in this country. If you’re freaking out about that, it’s because you know how poorly we treat them. 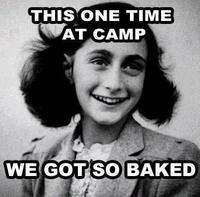 This meme is offensive in so many ways. First of all, it’s not even accurate. Anne Frank died of typhus fever, not in a gas chamber. Second, is it really appropriate to joke about the most atrocious example of genocide in history? Making light of the Holocaust is why there are people in the world who don’t believe it ever happened and why we’re so close to it happening again.

4. Desperate For A Green Card

Of course, Americans think that all Mexicans want is a green card so they can live in the United States. Like that’s all they have on their mind, and not a single person in Mexico thinks their country good enough. Little do they know, America is like that trendy club that hires people to stand in line outside so it seems hotter than it really is. The fewer people they let in, the more popular this country seems to outsiders.

Nope. This is just all wrong. White men really think highly of themselves. That seems to be the theme these offensive political memes follow. 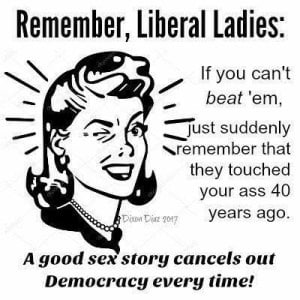 Men really don’t understand the definition of rape and sexual assault. Calling it a “good sex story” is not only disturbing, but it just shows how far men will go to deny their predatory nature. Women don’t have it out for conservatives or Republicans. We have it out for rapists. It’s not our fault they overlap more often than not.

Christine Blasey Ford is a sexual assault victim. Even if she blew every single Supreme Court nominee and former president in American history, it doesn’t negate her experience being assaulted by Brett Kavanaugh. Slut shaming sexual assault victims is crossing a line and proves just how much hatred men have towards women. 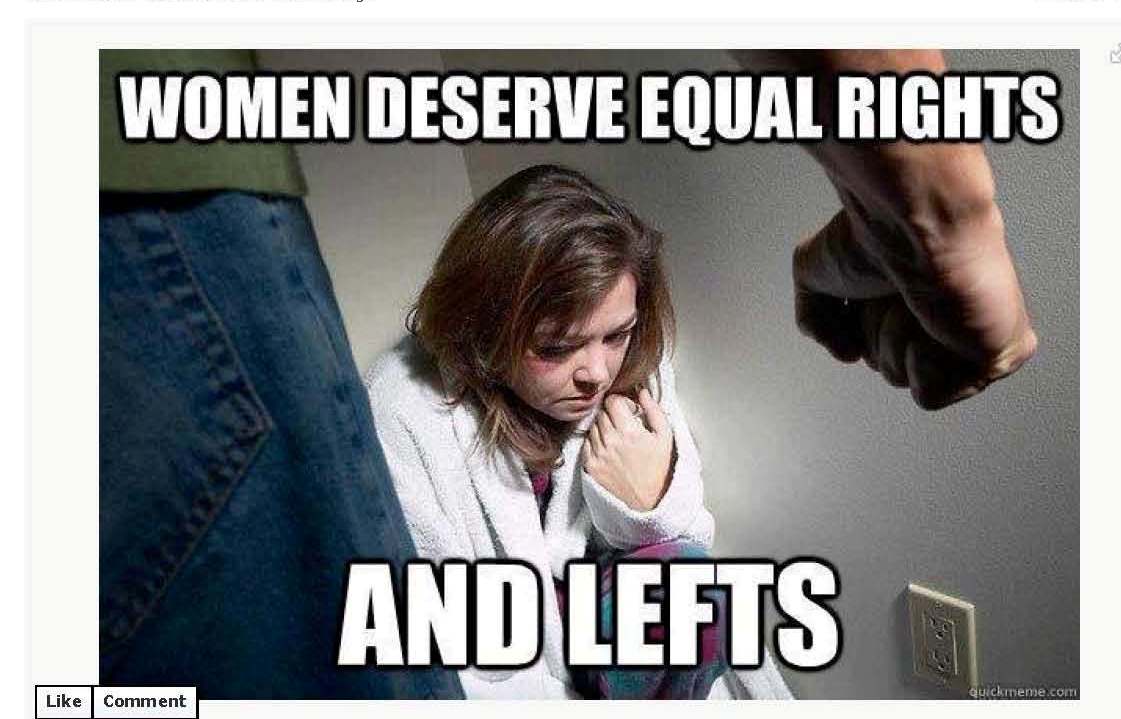 Domestic abuse isn’t exactly meme material. If you feel the need to beat women into submission just to prove that men are superior, well then there’s clearly something wrong with you. Some women fight their entire lives just to be considered equal to men. We know we aren’t always equal physically. Turning it into a not-so-hilarious meme is offensive and unnecessary. To say the least.

Political Memes Of The Last Decade That Will Have You ROFL