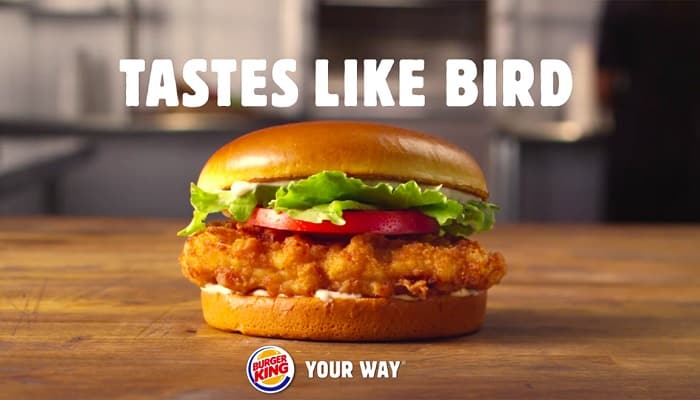 We’ve all seen the horrors of AI left to it’s own devices. Remember back in June, when comedian Keaton Patti forced a bot to watch over 1000 hours of Olive Garden commercials? The end result was a terrifying script for its own TV ad, focusing on “warm and defeated” pasta nachos and mouths “full of secret soup.”

Now, Burger King is bringing out its own series of ads written by a deep-learning algorithm. Dubbed the “Agency of Robots,” the project is giving the Olive Garden bots a run for their money.

In the first of four hilarious commercials, a voiceover announces: “Gender reveal bad. Tender reveal young. It is a boy bird with crispy chicken tenders from Burger Thing.”

While an ad about the brand’s trademark Whopper declares: “The Whopper is back. It never left, but it’s back.”

Followed by: “The Whopper lives in a bun mansion just like you. Order yourself today … Have it Uruguay.”

“We are not sorry,” the voiceover adds. “The potato deserved this.”

The final commercial focuses on Burger King’s chicken sandwich, which is described as “bed of lettuce for you to sleep on” and apparently “tastes like bird.”

Burger King says it used “high-end computing resources and big data to train an artificial neural network with advanced pattern recognition capabilities.” In other words, it fed thousands of fast food adverts to the AI, which analysed trends and patterns and came up with these beautifully bizarre ads.

The company describes their new campaign as “pioneering,” and says the ads are a “glimpse into what the future of marketing and communications could look like.”

Well, phrases like “eat the math” and “bun mansion” might not sell burgers, but at least they made us laugh.