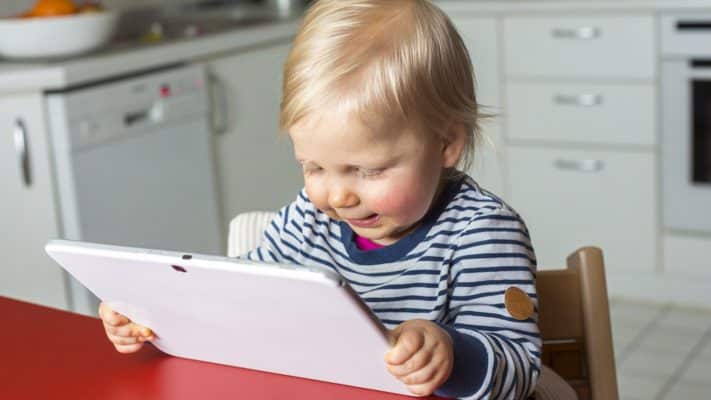 Technology was supposed to make our lives easier, even safer, but often, they are double-edged swords which can cause as much harm as the good they are bringing. This is more so in the hands of children, who are not even supposed to be infatuated by digital devices at such a young age. Because of this, a three-year-old girl recently died due to a tablet computer.


Back on Monday in Spain, a 26-year-old mother was driving her car with her daughter in the back seat strapped into a child safety seat. There is a law in Spain that required children aged 12 or lower to be in the back seat during car trips. The toddler was also preoccupied with a tablet computer, presumably so that she won’t get bored.

Unfortunately, the car hit the back of a school bus at around 9 p.m. near the town of Vilanova de Arousa. The mother was, for the most part, fine with only minor injuries. However, her three-year-old daughter died after the tablet device flew into her face upon the collision. The exact cause of death was not officially revealed but the police assumed that the tablet caused a serious head injury for the toddler.

The exact identity of the three-year-old was also not revealed but is believed to be the granddaughter of a prominent local businessman in Spain. Unfortunately, it was a freak accident which the mother of the child could not have foreseen, it was worth noting that the toddler even had her own child seat for safety. Hence, the incident has raised concerns about a lot of parents who let their children use loose digital devices to keep them occupied in car rides. Hopefully, the incident does not happen again and new safety measures are implemented.

iPad Destroys Other Tablets In ‘First Tweet From’ Study

Presidential pardons are one and many in the history of the US. There are many times when US Presidents granted reprieves for their citizen’s misdeeds. The US President may grant a pardon for any individual, including himself, for any crimes done against the country and its citizens. This issue of Presidential pardons has been trending… END_OF_DOCUMENT_TOKEN_TO_BE_REPLACED

President Biden has tapped Rachel Levine to be his assistant secretary of health, making her the first publicly transgender federal official. In 2017, Democratic Gov. Tom Wolf appointed Levine to her current post, making her one of the few transgender persons serving in appointed or elected positions countrywide. Biden said in a statement: “Dr. Rachel… END_OF_DOCUMENT_TOKEN_TO_BE_REPLACED

The minimum wage hike has always been an issue in the US for the past decades. With only a few hours before Biden gets inaugurated as the President of the United States, people are excited for all his promises to take place. One of these is his plans to raise the minimum wage of workers… END_OF_DOCUMENT_TOKEN_TO_BE_REPLACED