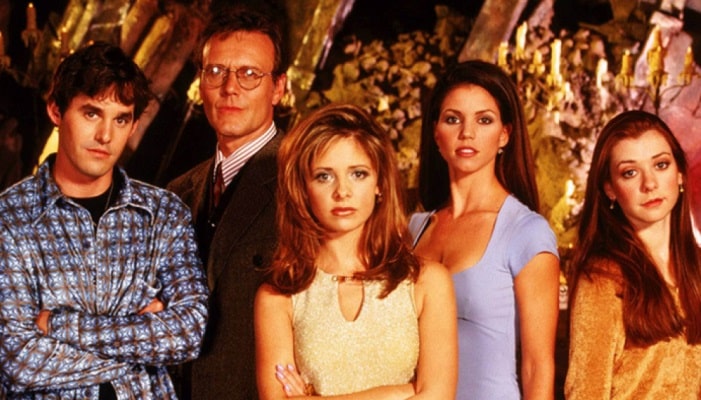 Buffy the Vampire Slayer is a pop cultural cornerstone for a reason. With witty dialogue (known as Buffy Speak), a strong female lead, and the overarching “high school is hell” metaphor, Buffy proved that teen dramas could be both smart and entertaining. Yet when it aired it’s first low-budget season in 1997, no one predicted the huge impact the show would have on the TV landscape.

Right up to its final season, Buffy remained ahead of its time. So, it’s no surprise that the characters were already spouting phrases that are common slang today. But what is surprising is exactly how far ahead the writers were – Buffy and co. were using the term “Google it” as far back as 2002, making it the first American show to ever use Google as a transitive verb.

In the season seven episode ‘Help,’ Buffy (Sarah Michelle Geller) and the Scooby Gang are trying to help a Cassie, a new friend of Buffy’s little sister Dawn (Michelle Tractenberg) and a student at Sunnydale High. Cassie, who exhibits psychic abilities, believes that she is going to die in a week’s time – but she doesn’t know how or why.

In Buffy’s diningroom, the group are searching through hard copies of Cassie’s medical records for any useful information. Sitting at her iBook, Willow (Alyson Hannigan) asks Buffy if she has “Googled her yet?” to which Xander (Nicholas Brendon) jokingly responds”Willow, she’s 17.”

“It’s a search engine,” Willow clarifies, as Google had yet to become the household name it is today.

Still, the reference demonstrates the power Google wielded even in the early 2000s. When Buffy made the reference, the search engine was only four-years-old, but was prominent enough to be mentioned on a popular TV show.

And it took only eight years after Google’s launch for the term “Google it” to make it into the dictionary, with Merriam Webster and Oxford English Dictionaries adding the phrase in 2006. Now the number 1 site in the world, Google has since kicked any and all competing search engines into the dust.