What is the 25th Amendment? It’s the Least Fun Amendment

Did you hear all that scuttlebutt about the 25th Amendment last week? I know, it’s hard to kep up with all the scuttle butting around, but those with sharp ears might have picked up a quaver or two in the ether. With U.S. Deputy Attorney General Rod Rosenstein potentially on the chopping block for maybe kinda suggesting the forcible removal of Trump from office via the 25th Amendment, it’s been on the lips of many a talking head. What is the 25th Amendment, explained in a way that a normal human can understand?

What is the 25th Amendment?

Let’s get down to brass—or as the case may be, golden—tacks. Skip to the next section if you don’t care about the overview.

The 25th Amendment, as a whole, describes the method of succession for the office of president in the case of disability to perform the duties required of him or her, as well as how to conjure a new vice president.

Should the persident be unable to serve, either because he’s brain dead or he’s a giant buffon who wants nothing more than to spell out his name in gold letters on the side of the White House, the 25th Amendment describes the process by which the office of president shall be filled.

The 25th amendment has only been used a handful of times, including notable implementations upon President John F. Kennedy’s assassination and President Richard Nixon’s resignation from office. It’s also been used by Presidents Ronald Regan and George W. Bush to temporarily and voluntarily cede the powers of their offices to their vice presidents during medical procedures.

Removing a president with the 25th Amendment

Screw that boring “normal functioning of a national government” garbage though! We’re here for the fun “constitutional crises and perhaps post apocalypse” times!

Tantalizingly, the 25th Amendment offers an obscure, back-door way for the vice president to remove a sitting president from office. Sure, being vice president probably sucks, but if you get to pull a president off stage with a giant hook, that’s gotta be worth something. 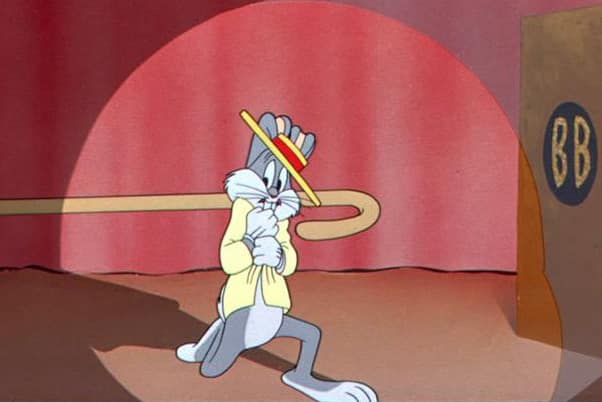 This power comes from the fourth article of the 25th Amendment, which kicks off with the following barely-intelligible legalese:

Basically, this law provides a way for the vice president and a majority of the fifteen Cabinet members (the “principal officers” mentioned above) can remove a president from office.

Article Four has never been invoked and was written specifically with medical disability in mind. But what if, just hypothetically, your country was run by someone too stupid to tie a tie properly?

That sounds too easy… 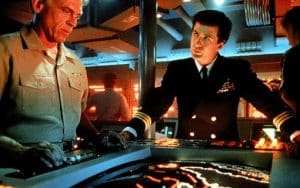 You’re right, it is too easy! Just imagine the Tom Clancy tomfoolery that would happen if a total of nine people could decide to depose the United States president. I want to see a young Alec Baldwin opposite Sean Connery in that feature, please.

Article Four goes on to say the following:

So there you are, hosed before you could even begin!

All the president needs to do is literally shoot off an email saying “nah fam I’m gucci” and we’ll be smack in the middle of a constitutional crisis. And, better still, President Mike Pence will be our grand prize.

In order to reclaim his powers, the president need only “transmit a declaration” saying they are, in fact, fit to discharge the duties of their office. The vice president remains as Acting President, but it sets off a 4-day period in which the VP and his coterie must transmit the second declaration of presidential ineptitude. 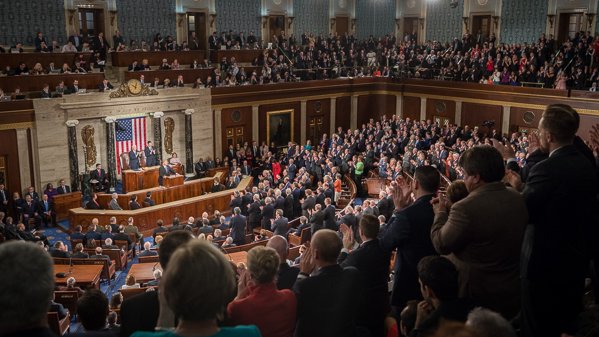 Well, then what happens next? Let us return to the scripture:

Thereupon Congress shall decide the issue, assembling within forty-eight hours for that purpose if not in session. If the Congress, within twenty-one days after receipt of the latter written declaration, or, if Congress is not in session, within twenty-one days after Congress is required to assemble, determines by two-thirds vote of both Houses that the President is unable to discharge the powers and duties of his office, the Vice President shall continue to discharge the same as Acting President; otherwise, the President shall resume the powers and duties of his office.

Upon receiving that transmission, the Congress has 21 days to vote on the president’s fitness to hold office. To remove the president permanently, the Senate and House must each agree by a two-thirds majority.

Notice that’s substantially more than impeachment requires for “high crimes and misdemeanors”: a simple House majority and two-thirds of the Senate.

Another fun fact: the president still holds his office after this is all said and done, but with none of the fun powers. The vice president is Acting President, which has all the powers of the president’s office, but is not actually the same as President. So basically he get to have a placard that says “President Donald the Disgraced” on his desk and that’s it.

While the end results may be similar, removal via 25th-Amendment-trap-door is very different from impeachment.

Impeachment requires the president to do something wrong. He doesn’t need to be convicted in a court of law (which may actually be impossible, since he’s the president), but the Congress must be convinced that he is guilty of “high crimes and misdemeanors.”

The 25th Amendment requires no wrongdoing on the part of the president. This is important for situations where the president might be suddenly incapacitated but alive, as with a catastrophic stroke. If impeachment were the only avenue for removing a president from office, there would be legal protocol to instate a capable president.

But let’s talk about practical terms. If the President is awake and of sound mind, then yes, it’s basically Harder Impeachment. If the president is incapacitated, depending on the degree of incapacitation, the first declaration by the VP and his coup partners might not even be challenged. 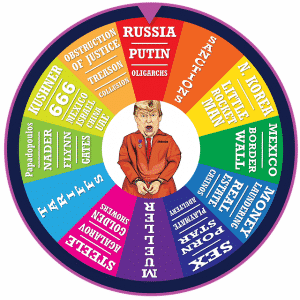 Let’s consider Harvard Law Professor Lawrence Tribe’s quote on the topic of removing Trump via the 25th Amendment from the New York Times:

“In the unlikely event that Pence and a majority of Trump’s bizarre cabinet were to grow the spine needed to do the right thing with the process set up by that provision, we would surely be in a situation where a very large majority of the public, including a very substantial percentage of Trump’s supporters, would back if not insist upon such a move.”

Keep in mind, however, the Pence and everyone in the cabinet is there because of Donald Trump. With this political situation, you’re unlikely to see the VP and eight cabinet members simply declare themselves in charge and have no one complain. And even if no one in government complains, somehow, Trump voters are not likely to smile upon the folks that ripped their chosen sovereign from his rightful throne.

So, if you want Trump out of office, impeachment by a Democratic supermajority is still your best—and likely only—hope.

If We Didn’t Already Have Libraries, the GOP Would Hate the Idea