This Bride is Raging Over Her Mother-in-Law’s Decision to Wear...

There’s been a number of bridezilla stories taking over the internet recently. From the bride who spent $92,000 on five different ceremonies to wed the same man, to the woman who cancelled her wedding because guests refused to donate $1,500 each, bridezillas seem to be taking unreasonable demands to the next level in 2018.

But in this latest tale of wedding woe to go viral, it’s actually the mother-in-law who’s making Reddit gasp.

Bride-to-be u/lswo26 took to the site to vent her frustration, after her mother-in-law announced that she was planning on wearing a wedding dress to the ceremony. This is despite the fact the bride and groom had requested that she wear something: “navy blue, dark green or grey and something conservative.”

Instead, the mother-in-law went for this: 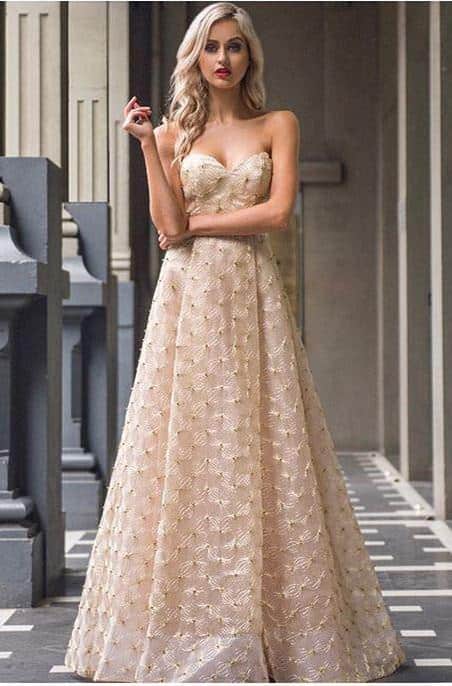 “It is gold with gold embellishments and gold threading,” the bride added.

“The whole dress is sparkly. When she showed it to me I was absolutely shocked and I wasn’t very happy with her choice of dress. My dress in comparison is very simple with a little lace and some satin. As she already spent a lot on it, I don’t want to create unnecessary drama. Am I over reacting? What do you think?”

Her fellow Redditors definitely didn’t think she was overreacting

But that’s not where this story ends. The bride continued: “I did tell her in the most diplomatic way possible that her dress is ‘not suitable for the function.’ She grabbed the dress out of my hands, stuffed it in the cupboard and gave me the silent treatment. I don’t want to be mean as she might be going through a middle-age crisis and has high blood pressure. Not sure what to do at this point.

“I brought it up with fiancé but he’s not good with fashion/dresses and commented that all dresses look the same to him.”

So, how did the couple decide to proceed?

“Future husband and I are planning to tease her until she gets the message because we’re passive aggressive af and don’t do confrontations.”

Well, if that doesn’t work, they can always try this…