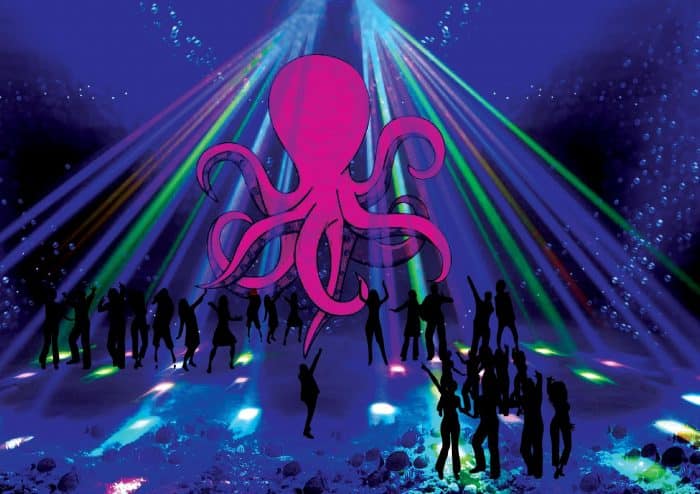 That last Disney movie about a mentally dysfunctional fish voiced by Ellen DeGeneres has certainly made its point about how smart an octopus is. They can even do LEGOs and solve some complex puzzles, also possibly qualify for SAT and an Ivy League scholarship, kidding, of course. The fact of the matter is, they are quite close to human beings than most marine life, save for sexually frustrated dolphins. One study even found out that they react to Ecstasy in the same way as humans do.


Yes, they drugged an octopus, and before you bring out your bullhorn and placard, apparently that is legal. Ethical? Well, that depends on how well the scientists treated the octopus in question and the dosage. Anyway, the study was conducted by Johns Hopkins University in the U.S. and they appeared to have not abused the octopus. They gave four octopuses MDMA or otherwise known as ecstasy, or the love drug.

Why octopus? Because they are antisocial members of the animal kingdom, and why ecstasy? It has been known to make human beings a lot more sociable, touchy-feely in a lot of cases, *wink* *wink.* Surprisingly, it had the same effect on the octopus where the four previously antisocial animals’ social inhibitions got removed and started getting comfortable with one another. This led the scientists at Johns Hopkins to believe that human and octopus brains are wired similarly, particularly in the social behavior department.

The study was initially conducted as a trial and error, which surprised the scientists even more with the results. One octopus was even doing backflips after ingesting the ecstasy amphetamine, while the another played with a flowerpot. So the lesson to be learned here is that it is better to party and mingle with an octopus than to eat them.

Together with the fireworks for the Independence Day weekend, the latest explosive Hollywood news involves no one else but the controversial Kanye West. The famous celebrity has revealed his plans for a presidential run. Originally planned for 2024, he has stated that he is actually going to run for the 2020 Presidential elections in November. The… END_OF_DOCUMENT_TOKEN_TO_BE_REPLACED

Recent trends have reported that K-pop fans in the US are getting mixed in with current issues in politics. K-pop fan communities are using online platforms to rally up and protest against racism in the United States. In support of the #BlackLivesMatter movement, the online K-pop community has come together in protest. Never has it… END_OF_DOCUMENT_TOKEN_TO_BE_REPLACED