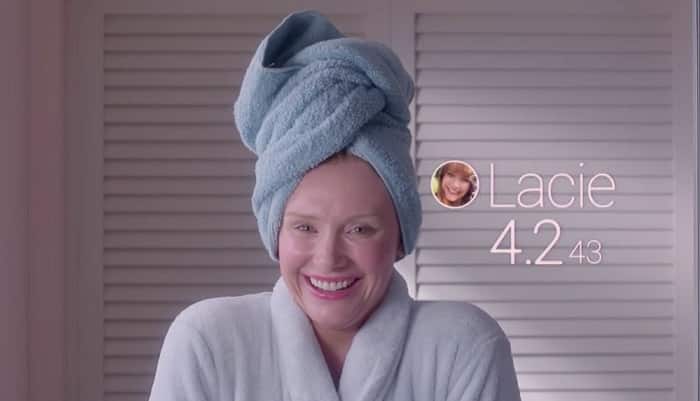 It may sound like something out of a dystopian novel, but China is introducing a scorecard system to keep track of its citizens.

Set to be introduced by its Communist Party in 2020, the scorecard system will rank the country’s 1.4 billion citizens out of 800. Residents will be monitored by over 200 AI-powered surveillance cameras throughout China’s major cities, which use facial recognition, body scanning, and geo-tracking technology.

Dubbed “social credit,” citizens will be rated on their daily activities and lifestyle choices. For example, their rank can be improved by doing things such as purchasing Chinese-made products, or undertaking community service.

Conversely, citizens can be downgraded for actions such as tax evasion, criticising the Government, or smoking in non-smoking areas. However, they can also be knocked down a peg if they engage in activities that aren’t illegal but the Government frowns upon, such as drinking alcohol or playing violent video games.

Those with the highest ratings are entitled to the best jobs, can attend the best universities, get discounted loans, and and even faster internet. While those with low ratings can expect no such priviledges, and can even be outright barred from private schools and certain industries.

The scheme has already been trialled in parts of China, which the Government deemed a success.

And people have already noticed the eerie similarity between the situation in China and the season three premiere of Black Mirror, called ‘Nosedive.’

There’s not enough #wine in the world to make this go away. Real-life Black Mirror: China to launch its citizen scorecards by 2020https://t.co/zDJ3bxNxDn

China starting a social credit system in 2020 like that episode of black mirror is sooo scary wtf ?

China: the only country who views @blackmirror as a manifesto rather than a dystopian parody

In the episode, Lacie (played by Bryce Dallas Howard) lived in a dystopian future where everyone was rated out of 5 for everything they did. At the beginning, Lacie with her 4.2 rating had the perfect life, which is turned upside down when her score takes a nosedive.

But for Chinese journalist Liu Hu, who lives in one of the trial areas, Lacie’s nightmare scenario has already crossed over to the real world.

Hu fell foul of the Chinese government due to a series of tweets he wrote. He was forced to apoligize, but was then further chastised because his apology was considered “insincere.”

He told CBS News: “I can’t buy property. My child can’t go to a private school. You feel you’re being controlled by the list all the time.”

Hu wasn’t even allowed to buy a plane ticket as he was considered “untrustworthy.”

With China taking after Black Mirror, and America heading the way of the Handmaid’s Tale, we wonder what disturbing piece of dystopian fiction will next become reality?

Gift-giving isn’t just a seasonal affair between friends, families and acquaintances. The art of gift-giving is also conducted on a national scale with countries often sending each other big, weird and expensive gifts. Experts in all things gifts, Vanilla Reindeer put together some examples of these expensive and odd gifts that have been shared between… END_OF_DOCUMENT_TOKEN_TO_BE_REPLACED

There are lots of ways you can make Pres. Trump feel welcome: you can offer him coffee, or mow a penis into a field for him to view as his plane lands. The willie in question has been chopped by Born Eco ahead of the arrival of President Trump, who visited the UK Monday for… END_OF_DOCUMENT_TOKEN_TO_BE_REPLACED

The year isn’t even halfway over, yet Donald Trump has managed to make a fool of himself and our country countless times. From inviting the national college football champions, the Clemson Tigers, all the way to the White House for some McDonald’s to his to the dreaded results of Mueller’s investigation, it has been one… END_OF_DOCUMENT_TOKEN_TO_BE_REPLACED

Republicans have always said that when they gained control in Congress, they would work to overturn Roe v. Wade and here they are, cashing in on that promise one state at a time. So far, Alabama, Arkansas, Georgia, Kentucky, Missouri, and Ohio have all passed incredibly restrictive laws on abortions, making it illegal for women… END_OF_DOCUMENT_TOKEN_TO_BE_REPLACED

If you’re on Snapchat, then you’ve probably played around with (and were likely horrified by) their filter gender swap filters. While you’re probably using these filters to send hilarious pics to your friends, some guys using them to create Tinder profiles. What likely started out as a joke has quickly evolved, and these guys are… END_OF_DOCUMENT_TOKEN_TO_BE_REPLACED

“Milkshaking” is a hilarious trend in Britain where a milkshake is thrown at and ideally lands on a far-right politician or activist. The point of this nonviolence protest is to humiliate them without causing injury. Physical injury at least. There’s no doubt that milkshaking has led to a few bruised egos. Not only is this… END_OF_DOCUMENT_TOKEN_TO_BE_REPLACED