Ah, the grand tradition of timewasting. Everyone’s got their own way to do it, whether that be something academic and intellectual like reading books, or something crazy like running for pleasure. Those of us who prefer our entertainment a little more digital flock to video games, though, and there’s never been a better time than right now to be a gamer. Here are 10 video games you can play right from your Internet browser that will make you cool and popular (maybe).

This ridiculous, high-energy caper from one-man development machine New Eich Games casts players in the role of a crook fleeing to a getaway vehicle. The catch is thus: there’s no way to move unless you jump. 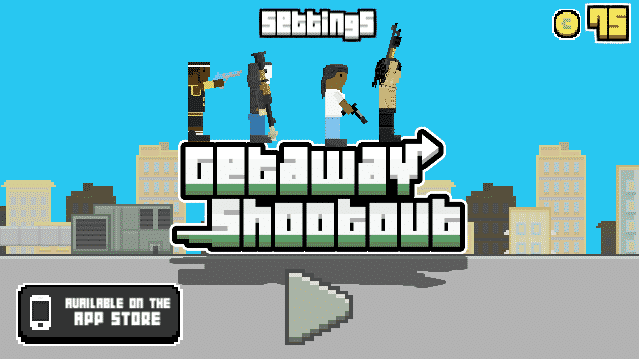 Two keyboard keys allow you to jump left and right, with the pressure applied to the key dictating how far and how fast the jump is. This makes for a pretty hectic multiplayer experience; try not to laugh at your friend as they leap headfirst into their demise and you overtake them. Throw in some chaos-causing powerups and it’s easy to see why Getaway Shootout is a runaway (or jump away) success. You can play Getaway Shootout on Poki right now.

Pity the protagonist of Gametornado’s excellent stunt-’em-up Short Life. His world is murderous and violent, and his life, true to the game’s title, is short. Short Life tasks players with helping a man to avoid all manner of accidents and obstacles as he endeavors to reach an unknown destination. Along the way, he’ll need to dodge boxes, spike pits, bombs and other increasingly outlandish objects. 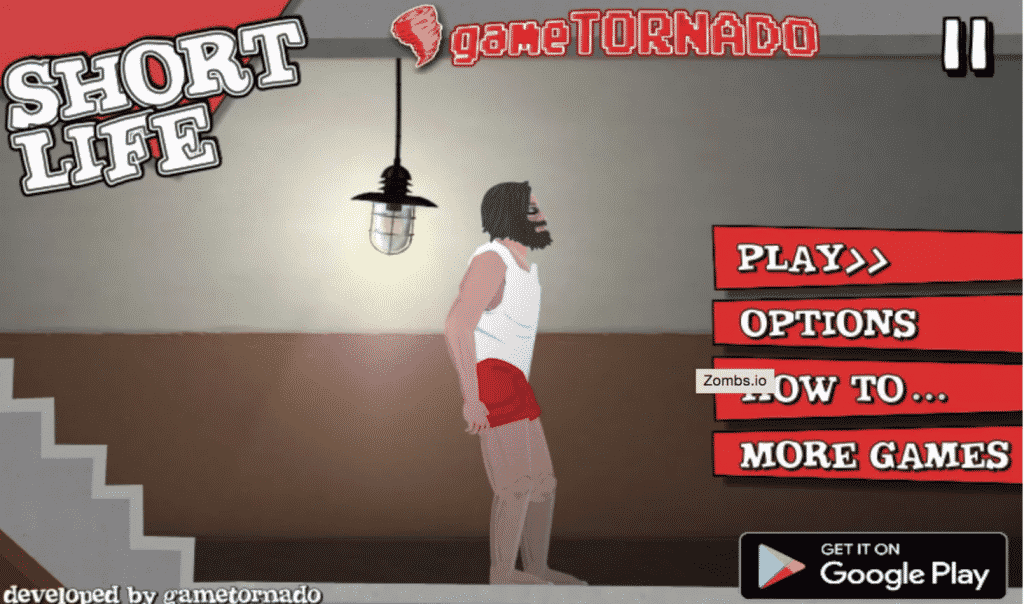 The game’s difficulty ramps up in a satisfying way as obstacles begin to move and levels begin to throw more intricate sequences of jumps at you, working in tandem with the tricky terrain to throw you off-balance. Short Life ain’t here for a long time, as its title suggests, but its complex physics challenges and impeccable comic timing make it a fantastic time sink. You can also play this game on Poki here.

Why did the chicken cross the road? To collect coins, narrowly avoid being murdered by oncoming traffic, and aid the invisible hand which guides it in getting new versions of the chicken so the whole process can repeat itself. Crossy Road is an excellent exercise in minimalism; it’s Frogger crossed with the oldest anti-joke in the book. 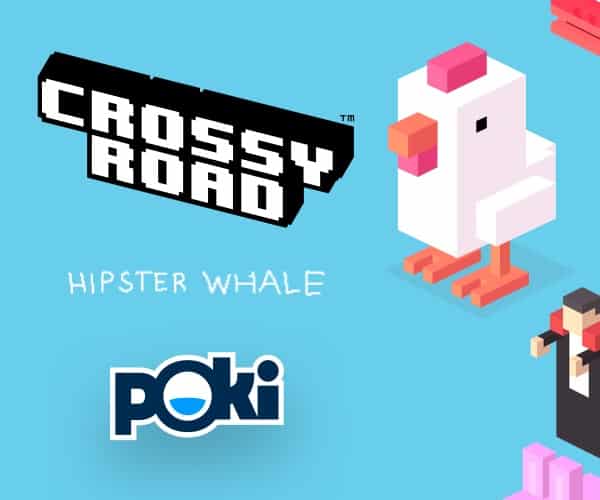 There’s one button in Crossy Road, which is to advance. You can’t move backwards, and if you’ve gotten yourself stuck on a log with no hope of escape, you’d better just try again. If you haven’t played Crossy Road yet, now’s an excellent time to do so.

We’ve all been there. Some days, you just wish you were a giant dinosaur, terrorising all who dare to cross your path and consuming them for nourishment and points. If you think you’ve never had this thought, then you must be remembering wrong. Rio Rex is a super-fun romp through a beautiful 2D rendition of Rio de Janeiro, except this time there’s a dinosaur there and it’s furious. You’ll chomp, stomp and burn (the dinosaur can breathe fire, like they all could) your way through civilians and military personnel alike, taking down factories and leaving a trail of destruction in your wake.

Bullet Force Multiplayer is a testament to what one person working alone can do. This FPS boasts incredible graphics with a high degree of realism, as well as rock-solid core shooting mechanics and a surprisingly robust perk and upgrade system. Work together with like-minded fellows to take down the opposing team across 4 well-designed maps, or go solo and establish your dominance by gunning down all who dare to oppose you. Bullet Force Multiplayer is a huge amount of fun, and since it can be played right from your browser, it’s the perfect antidote to the time-consuming AAA games from which it draws inspiration. 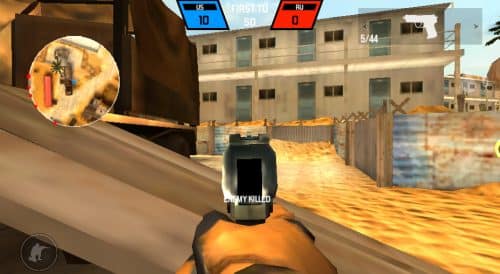 Ah, Happy Wheels. An old favorite on the browser game circuit, Happy Wheels imagines the physics-based bike challenges of Trials through a gory, ultra-violent lens. The game offers a wide range of playable characters to accidentally mutilate, as well as a still-going-strong user base which regularly contributes incredibly well-designed stages. At its core, though, Happy Wheels is a very enjoyable 2D physics racer in the vein of Line Rider or Joe Danger, just with added adult themes. Check it out now if you haven’t already; it’ll provide hours of fun.

We don’t know about you, but our art style of choice is that awesome retro pixel aesthetic that a lot of game developers are going for right now. If some enterprising dev were to combine that art style with, oh, say, an easy-to-learn but hard-to-master multiplayer flight game themed around aerial ace doggos, then we’d be sold. What? Such a game exists? Surely it cannot be. Thunderdogs.io comes to us from the incredibly talented (but ironically named) Lucky Kat Studios, and its wealth of unlockable pilots and ridiculously engrossing core gameplay make us a repeat customer to this one, just as we have been to all of this studio’s efforts.

Okay, we’ll say it: there just aren’t enough games set in the Wild West. Oh, sure, there’s a few, but if we had our way, every single game would at the very least feature a mode which took place in the Wild West. Luckily, we don’t have to start writing those angry letters, because we have Westoon. This game combines cutesy voxel art with a robust, engaging multiplayer shooter in which players can go it alone as a solo gunslinger or duke it out with outlaws (or sheriffs) to maintain control of a dusty Wild West town. Pardner, if you ain’t played this one, you ain’t lived.

Despite its name, this is an extremely polished effort from Friv Games which requires absolute reflexes from its players. Glitch Dash is a beautifully-rendered trip through a Geometry Dash-style landscape, only this one’s rendered in full 3D (and it’s first-person, too). The game asks you to survive a series of increasingly brutal obstacles designed to test your reflexes and your patience; each challenge requires increasingly pixel-perfect reactions from you. The visuals and sound are both top-notch, and the instant restarts and addictive nature of the game mean you’ll keep on coming back to Glitch Dash. 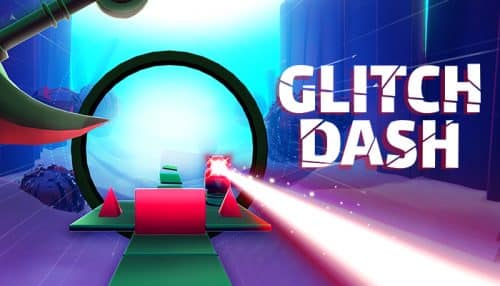 Are you a professional rally driver? Do you have ambitions of becoming one? If you answered “yes” to both of those questions – or if you answered “no”, actually – then Rally Point 5 is the game for you. This visually impressive racer takes players all around the globe, testing their driving skills on harsh desert terrain, amid freezing ice and deep in the heart of the jungle. With a wealth of cars to choose from, as well as satisfying controls that demand mastery just as they ease players into their operation, Rally Point 5 is the racer to beat all racers, and it can be played right from your browser, too.