If anyone tries to tell you that cats are smarter than dogs, just show them this video.

Godric the golden retriever is not only a very good boy, but a clever one too. When his owner Mel Lucas, from Tampa, Florida needs his help, she doesn’t need to ask him twice.

Mel suffers from Ehler Danlos Syndrome, a hybermobility disorder, as well as PTSD and hyperglycemia. Until now, the 25-year-old has managed the effects of her illness herself. However, when she adopted Godric in April, the dog not only became her new BFF but also her guardian angel.

Although not trained as a service dog, it only took days for Mel to teach Godric to fetch her energy drinks from the fridge when her blood sugar falls below a safe level. 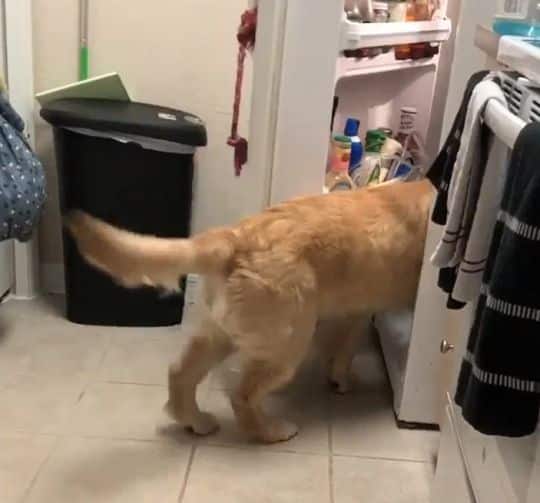 She explains: “As well as joint hyper-mobility, EDS can also affect the internal organs such as the liver, lungs and heart, and result in low blood sugar and elevated heart rate.

“My blood sugar drops three times a week now compared to the 10-plus times it used to be a year ago.

“He’s still learning to catch on to blood sugar drops, but out of the three times, he notifies me twice.

“Once, he did it while driving and I was able to pull off into a gas station and get a quick snack.” 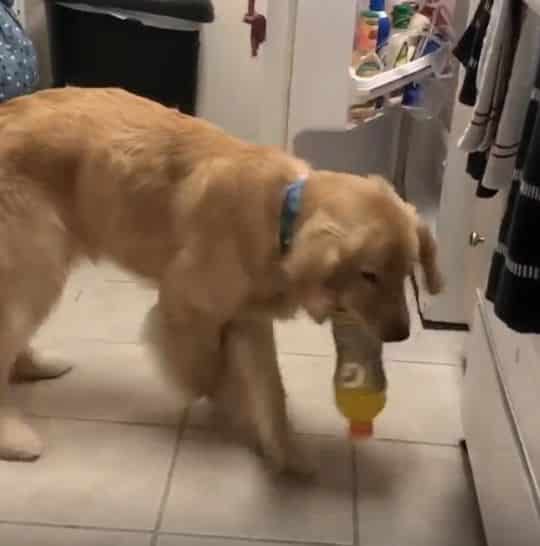 Even more impressively, Godric can predict his human’s migraines. Dogs are sensitive to complex changes in brain chemistry, so Godric warns Mel half an hour before the headaches begin by nudging her and licking her hands.

Godric is only seven months old, but when he grows up he’ll be able to help his owner with walking too.

“He’s my entire world and I don’t know what I would do without him. We do everything together,” she says.

Watch Godric in action below.