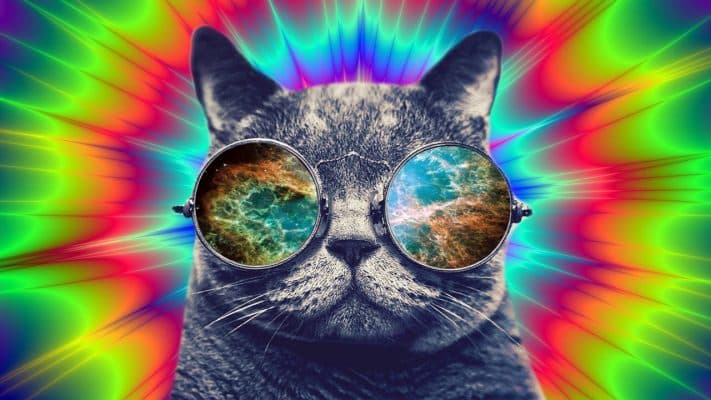 There are a lot of times where one must be compelled to say “good boy” (or girl) to their pets for an unexpected job well done. This also applies to cats despite not having the same enthusiasm to overperform like dogs. However, one cat brought home class A drugs to his owner, we’re talking about heroin and cocaine, I think we have a winner for the baddest good boy ever.

This incident happened in St. Pauls in Bristol, U.K. where the owner (best left unnamed) found his/her cat curled up one morning around a bag. They then checked the bag and were shocked to see that it was filled with dozens of wraps of white and lilac-colored powder. They have been suggested by the Avon and Somerset Police to be crack cocaine and heroin with a street value of hundreds of pounds in the U.K.

Forget police dogs, we should start training up cats ??‍♂️Apparently the owner found this in the cat’s bed, with the feline curled up next to it! https://t.co/0r8i8LMlQD

So, presumably, one unfortunate U.K. drug dealer is going to get tortured by his supplier for missing a bag of drugs they left at a blind drop, probably. Meanwhile, the police have yet to analyze the contents of the wraps, but they strongly believe them to be the class A drugs they suspected because of the way they are tied.

As for the cat, the owner stated that it was just going about its usual Sunday night exploration roam. Where it found the drugs, remains unknown. Still, the police were impressed at what the cat dragged in, they even jokingly considered training cats against the war on drugs. It was weird how the cat was not a suspect though, could’ve been a catnip deal gone wrong, who knows.

Thicc Cat Loves To Stand On Two Legs Like A Fat Dad; Finally Gets Adopted

The Blood Test, The Swab Test, and The Saliva Test      Essentially, there are three general types of COVID-19 testing produced so far. One is the rapid test, the second is the saliva test and the other is the swab test. The rapid test (also known as the anti-body test) uses blood samples. The swab test… END_OF_DOCUMENT_TOKEN_TO_BE_REPLACED

The COVID-19 pandemic is one of the biggest modern pandemics known in history. Currently, there are more than five million confirmed cases in the world, with a total of 333,000 deaths. A total of 1.6 million of these confirmed cases are in the US alone. The world is currently in a race of finding a… END_OF_DOCUMENT_TOKEN_TO_BE_REPLACED

Despite concrete data and research, people’s opinions will always be diverse when it comes to a variety of topics including religion, politics, gender, and more. Denial is a common reaction to many important discussions and serious world events. The COVID-19 pandemic does not differ from any issues and is subject to opinions from critiques all… END_OF_DOCUMENT_TOKEN_TO_BE_REPLACED

Back in January, when the Wuhan, China coronavirus broke out, it didn’t make it to the front page of newspapers, in print or virtual form. Today, January feels like a lifetime away. Like it or not, people around the world have adapted to the new normal – staying at home, frequent hand washing, and social… END_OF_DOCUMENT_TOKEN_TO_BE_REPLACED

Since the beginning of the year 2020, the whole world has been stupefied by the rapid spread of a deadly coronavirus known as COVID-19. World superpowers in the West were unable to prevent the virus from reaching their borders. Because of this fact, the novel coronavirus COVID-19 became a world-wide pandemic no less than three… END_OF_DOCUMENT_TOKEN_TO_BE_REPLACED

For months since the start of 2020, the attention of the world has focused on immediate response efforts to contain and combat the novel coronavirus, also known as COVID-19. The deadly virus has pushed millions of people into isolation.  This kept people in their homes for weeks and months away from their work, their friends,… END_OF_DOCUMENT_TOKEN_TO_BE_REPLACED