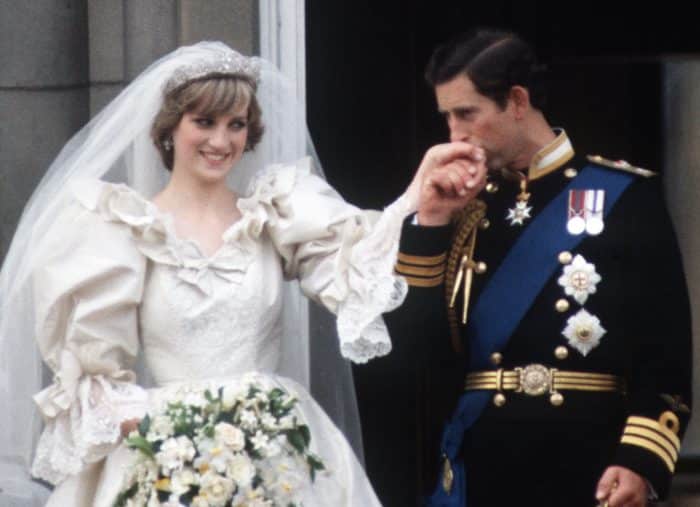 Celebrity marriages, they never last, do they? Of course, there are some exceptions to this and some rare or uncommon bonds last longer or more permanent than others. However, more often than not, these real-life fairy tales of hot red passion burn down into a smoldering ash of divorce when one finds that an Angelina Jolie is more pretty and exotic than a Jennifer Aniston. Isn’t that right Mr. Smith? The general consensus is that celebrity weddings end up in disaster.

You would be surprised, however, if you find out just how much these patrons are spending on their wedding ceremonies. A lot of them spend only what you can dream of. Then again, they are the elite, and people look up to them. Still, there are ways you can have your own comparably beautiful wedding perhaps without breaking the bank, with stores like JJ’s House dishing up gorgeous dresses at prices you can afford.

If you do want a comparison point, here are the 11 most extravagant Hollywood weddings ever below (adjusting for inflation and other economic factors, of course).

And no, the Trumps are not included since apparently, the two most famous Trump celebrity weddings only cost a rumored $1 million both, sadly. Nonetheless, here are the most expensive fairy tales ever:

The notoriously popular Kim Kardashian and the notoriously try-har– er, brilliant, Kanye West. A match made in heaven. The two got married back in 2014 in Florence, Italy. The venue itself cost a whopping €300,000 to rent. That, along with the expensive wedding dress, cost the notorious couple as much as $2.8 million, excluding their honeymoon. They are still going strong, somehow, despite the recent turn of events.

Being arguably the most talented member of the Beatles (convince me otherwise in the comments), Paul McCartney had to have an expensive wedding. In 2002, McCartney married English businesswoman Heather Mills spending a staggering $3 million in a remote Irish castle with extravagant Indian food, English outside, but Indian inside, a true Beatle, McCartney. It’s a shame that expensive marriage went down in flames in 2008.

When you are a never-ageing vampire/action star/spy named Tom Cruise, you might as well splurge on your wedding. That he did, spending $3 million on his marriage with Katie Holmes in 2006 and going down as one of the most awaited celebrity weddings. Moreover, the couple did it in a traditional Scientology way, as per Cruise’s religion. They ended it in 2011 though, sadly.

Liza Minelli, being a famous singer, she surely would want to invite her musician friends to be at her wedding back in 2002. So she and groom David Gest had Michael Jackson as the best man and Elizabeth Taylor as the maid of honor, one of the grandest celebrity weddings ever. The whole ceremony cost them $3.5 million back then, now, it actually costs $4.2 million, inflation and whatnot. The result? Well, their marriage only lasted 16 months.

George Clooney was perhaps the most unsuccessful Batman in history. However, as a Bruce Wayne, he was perfect since he is basically a real-life version of Batman’s filthy rich alter ego. So him and Amal Alamuddin just had to spend $4.6 million for their wedding. The individual components of that cost are enough to make regular people faint. Hopefully, their wedding lasts.

Apparently, these two political lovebirds had to spend a lot on security for their wedding, perhaps more so than the wedding itself. That is because Chelsea’s dad was a President of the U.S., and he had to be there in the ceremony, so extreme security is due. Even their venue is a no-fly zone, making it one of the most secure celebrity weddings. The wedding’s cost was not made public and is rumored to be $3-5 million.

A fairy tale that is going strong even today. Apparently, their wedding was a week-long celebration with hundreds of guests invited back in 2012. This made the cost balloon up to about $6.5 million. However, if that was the cost of a strong marriage, then other celebrities might as well take the cake, or try.

Quite a big jump in the cost of weddings, but hey, it’s Michael Jordan’s, famous for big jumps in his Basketball career, what did you expect? Anyway, his wedding with Yvette Prieto back in 2013 cost them $10 million. Swarovski crystals were involved, lots of them, hence the cost.

A royal wedding here, need we say more? It is political in nature, much like Chelsea Clinton’s wedding, so extreme security is due. Apparently, that made up much of the cost of their $34 million wedding back in 2011. That cost is probably just peanuts since they got married in the Buckingham Palace.

2. Prince Harry and Meghan Markle – Rumored up to $46 million

We have here a new addition folks, married just this year in May, Prince Harry and Meghan Markle allegedly spent around $46 million, probably much of it for security alone. We’re guessing Prince Harry here is competing with his older brother Prince William for wedding extravagance. It’s a royal wedding, so that is to be expected.

Too bad Princes William’s and Harry’s weddings are still no match for the wedding of the century, which is their very own mother’s, Princess Diana. Back in 1981, the lovely Princess Diana got married to Prince Charles, it was a fairy tale come true indeed and was one of the most historical events of the century. The cost was even more grand, which, when converted for today, is around $110 million. It truly was a wedding that trumps all celebrity weddings. Unfortunately, it did not last.

Just this week, lawmakers approved a bill establishing the District of Columbia (D.C.) as the 51st state of the United States of America. This is after multiple calls and protests from the citizens to finally consider D.C. as a state.  However, the bill is not out of the woods yet as it faces multiple oppositions… END_OF_DOCUMENT_TOKEN_TO_BE_REPLACED

John Bolton’s new book entitled ‘The Room Where it Happened’ had been stirring up quite the attention since it was announced for release last week. Officially released only June 23, the new book seems to threaten the Trump administration as there had been moves to get it unpublished. The request was later on turned down… END_OF_DOCUMENT_TOKEN_TO_BE_REPLACED

Learning about the Juneteenth Holiday The Juneteenth holiday, celebrated every 19th of June, is a commemoration of the liberation of enslaved African-Americans in the United States. It was on the 19th of June 1865 when Union Army General Gordon Granger announced General Order No. 3 in Galveston, Texas officially emancipating slaves in the entire state.… END_OF_DOCUMENT_TOKEN_TO_BE_REPLACED