4 Times FEMA Screwed Up Since Trump Was Elected

Oh, FEMA. When will you ever get things right? Hurricane season has been around since, well, since humans came into existence and yet FEMA still can manage to get the hang of things. Granted the organization wasn’t created until the late ’70s, but still. They should have worked out all of the bugs in their operation by now. The fact that our dumbass president cut their funding by $10 million probably doesn’t help their cause, but there are really no excuses for these screw ups. Here are the most notable times FEMA has screwed up since Trump was elected.

FEMA Couldn’t Figure Out How To Re-House Citizens 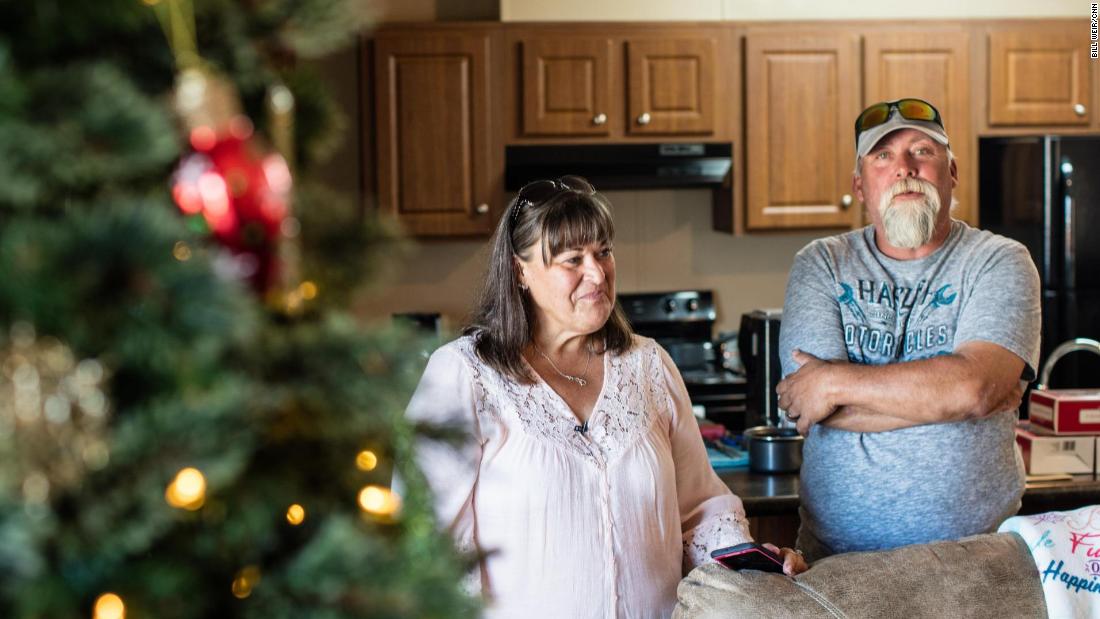 Last year’s hurricane season brought up Hurricane Harvey, which ended up being the most costly hurricane since Katrina. The two are tied at the top with an estimated $125 billion in damages. If you’ve been to New Orleans recently, you know that the people down there are still attempting to recover from Katrina 13 years later. So, when Harvey hit Texas, FEMA made it known that they were broke the moment the media started to criticise them. This didn’t stop them from handing out three-bedroom, three-bath mobile homes to displaced citizens as if they were free airplane pretzels.

While people are sleeping in their cars and tents, Bo and Rene Carettini (pictured above) were provided with a luxury RV that they tried to tell FEMA they really didn’t need. Rene told CNN:

“We have a travel trailer and figured we’ll stay in there. When they called about this, I was like, ‘But I didn’t sign up for it.'”

The couple tried to get something smaller, but FEMA insisted that they take the one with two extra bedrooms. Makes sense, right?

They Keep Lying About The Deathtoll In Puerto Rico FEMA continues to be confused about exactly how many people were killed in Puerto Rico because of Hurricane Maria. During the first week they reported that only 16 people had died, and then eventually the number grew to 65 people. It wasn’t until an independent study was performed that it was revealed that the number was closer to 3,000 deaths. The head of FEMA, Brock Long, is still in denial though. Either that or he’s just trying to kiss Trump’s ass. He appeared on Fox News Sunday yesterday and actually had the nerve to say,

“There’s a lot of issues with numbers being all over the place. It’s hard to tell what’s accurate and what’s not. But we have got to come together as a country to focus on the rebuilding of Puerto Rico … And there is a difference between direct deaths and indirect deaths.”

They just can’t admit that they screwed up and didn’t offer Puerto Rico the assistance they needed! Instead, they choose to support the dumbass who didn’t even know Puerto Rico’s government is the American government.

Puerto Rico JUST Got Power Back 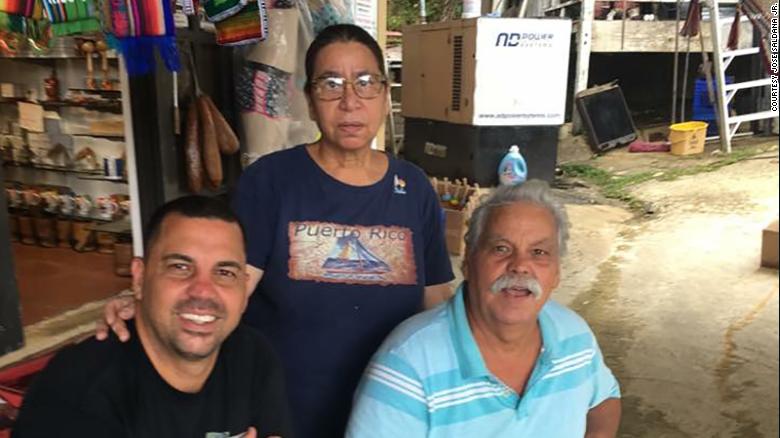 It has been nearly a year since Hurricane Maria hit Puerto Rico, leaving the island in the dark. Most of the island was stuck using generators and putting up with random blackouts, that is if they had access to electricity at all. It’s this factor that caused so many more deaths, as people can’t always survive without electricity for such extended periods of time. Especially the elderly. FEMA’s recovery efforts were so pathetic that workers attempting to restore power were faced with literal roadblocks making it impossible for them to get around until things were cleaned up. As someone who was stuck without power after Hurricane Sandy for just 11 days, I don’t see how so many people managed to survive as long as they did. I was going batshit crazy after just a few days.

Even though Puerto Rico Electric Power Authority claimed all is good now on the island, numerous contradicting allegations have been released from Puerto Rico residents. The Saldaña family, pictured above, told CNN that they’re still without power in El Yunque on the northeast side of the island. When questioned about it, the power company blamed the US Forest Service, claiming they need the agency’s permission to be on federal land and install electric posts. While no, this isn’t directly FEMA’s fault, their insanely slow response time that caused this ripple effect most certainly is.

When They Lost Millions Of Water Bottles 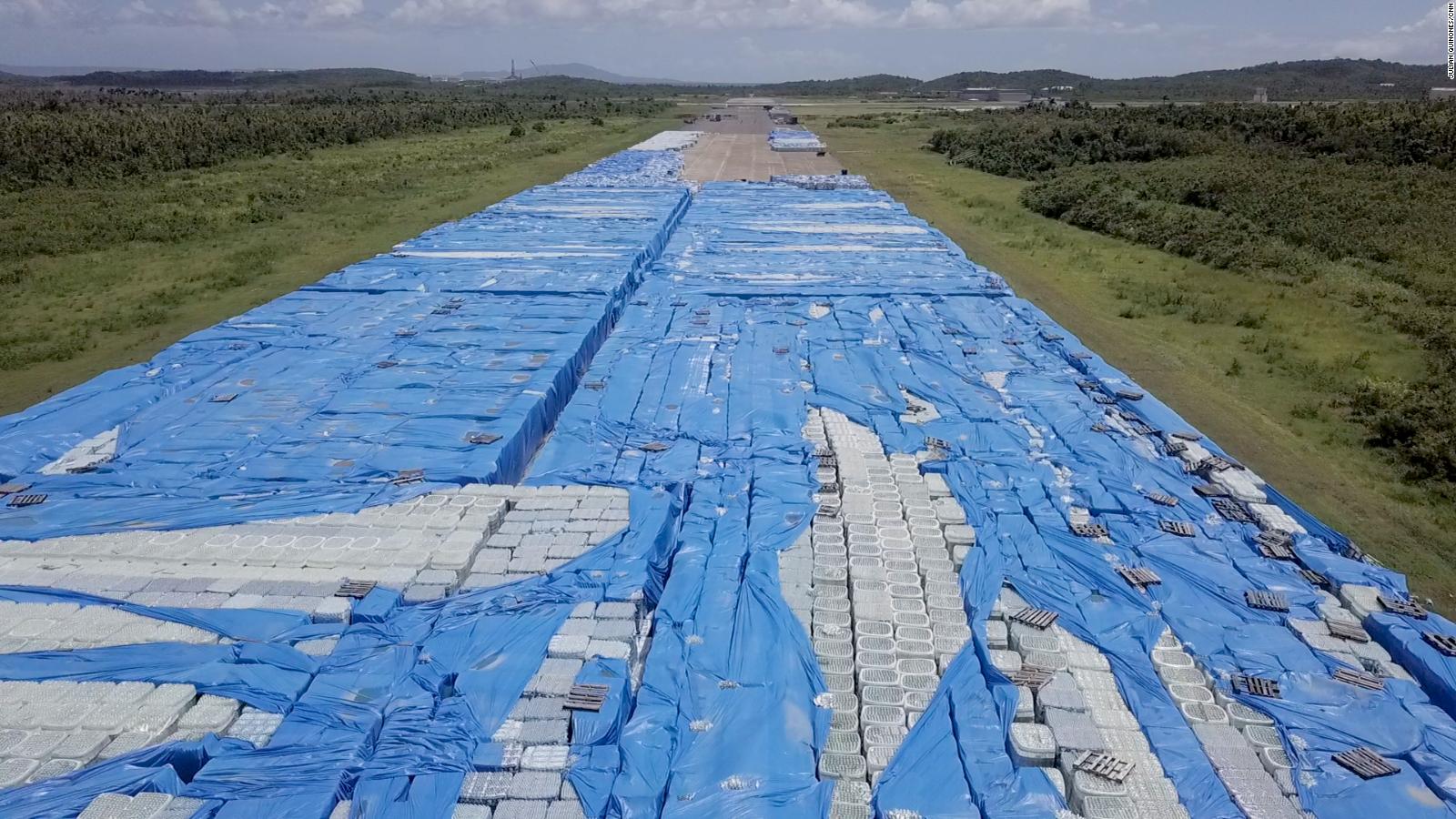 During FEMA’s attempt to assist Puerto Rico in the hurricane’s aftermath, they reportedly delivered millions of bottles of water. This water was life-saving for all of the island’s citizens, and it’s hard to imagine how anything shipped to Puerto Rico to assist them at that time could have been lost. That doesn’t change the fact that they did end up losing 20,000 or so pallets of bottled water, which were recently found on a runway in Ceiba, Puerto Rico. When questioned, FEMA claimed that they didn’t actually keep track of deliveries after they got to the island, so they had no idea if they were responsible or not. That’s right. They’re so unorganized that they didn’t even know if it was their mistake or not.

After some investigation, it was revealed that this water was “excess” and that it was intentionally put there on the runway to avoid the cost of storage. A FEMA employee, Marty Bahamonde, explained saying:

“FEMA put that water out on that airstrip for the purpose of getting it out of containers, so that there would be no cost to us and no cost to the taxpayer. In hindsight, it saved us tens of millions of dollars.”

And then they just forgot about it until April? That’s when FEMA informed the General Services Administration of the excess water, which is the group who took over in Puerto Rico when FEMA was done. Of course, by then it was too late. GSA attempted to salvage the water by handing it out, but after sitting on the runway in the sun for who knows how long, residents complained of its smell and taste. Instead of taking responsibility for the wasted water like they said they would when these photos first started making their rounds on the internet, FEMA chose to do the opposite. Bahamonde said FEMA would never apologize for having too much water. Perhaps they should apologize for forgetting about it though?