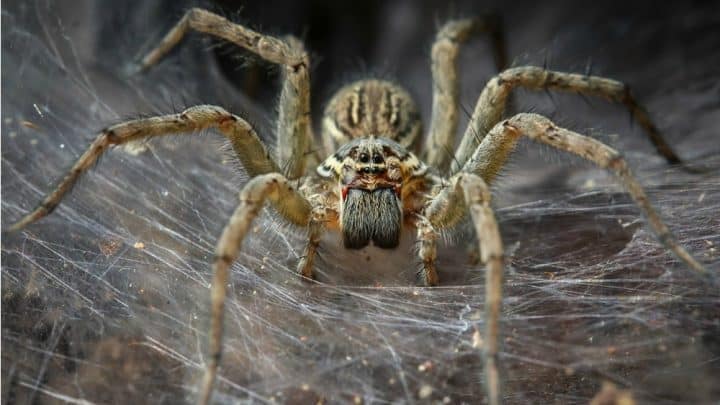 As much as we all would like to be Spider-Man, it’s actually quite hard to find a spider with good intentions to bite you. They are all evil nope creatures which will give you nightmares. One of them is even big enough to eat birds and has eyes straight from the abyss. Luckily that is not the spider species which violated a man’s ear… you read that right, an eight-legged devil even set up his nest inside and squatted there.


A 60-year-old man, whose name is best-left unknown went to Dr. Cui Shulin, who is an ENT specialist at the Dalian Center Hospital in China. He went there because some buzzing sounds in his ear were bothering him. Apart from the buzzing, the pensioner was also experiencing discomfort in his ear which did not go away after sleeping. He did expect that a playful insect was trapped inside.

However, to everyone– even the doctor’s, shock, it was not an insect but a spider. Moreover, it was not trapped, rather, it got comfortable in the man’s ear and has even built its nest inside. The damn thing was alive and well and spun a web/nest two inches deep into the man’s ear canal. As for why the nightmare incarnate squatted there… it does not matter, they are evil and have eight legs. Here’s the video of the thing:

Not exactly the first time a spider invaded an ear. Here’s another incident two years prior, don’t watch it while you’re eating:

As for the pensioner whose sanity– sorry, ear, was violated by a spider, he was able to get back his ear. The doctor flushed the spider out with water– not fire, unfortunately. Let this be a lesson to us all though, better to have an ear full of wax instead of spiders.

Just this week, lawmakers approved a bill establishing the District of Columbia (D.C.) as the 51st state of the United States of America. This is after multiple calls and protests from the citizens to finally consider D.C. as a state.  However, the bill is not out of the woods yet as it faces multiple oppositions… END_OF_DOCUMENT_TOKEN_TO_BE_REPLACED

John Bolton’s new book entitled ‘The Room Where it Happened’ had been stirring up quite the attention since it was announced for release last week. Officially released only June 23, the new book seems to threaten the Trump administration as there had been moves to get it unpublished. The request was later on turned down… END_OF_DOCUMENT_TOKEN_TO_BE_REPLACED

Learning about the Juneteenth Holiday The Juneteenth holiday, celebrated every 19th of June, is a commemoration of the liberation of enslaved African-Americans in the United States. It was on the 19th of June 1865 when Union Army General Gordon Granger announced General Order No. 3 in Galveston, Texas officially emancipating slaves in the entire state.… END_OF_DOCUMENT_TOKEN_TO_BE_REPLACED