The 10 Countries Most Likely to Crush a Critical News...

by Justin Andress 4 years ago4 months ago

Across the world, an expansive cabal of snoopy reporters, lawyers, and sociologists known as Reporters Without Borders is working to police international freedom of the press. Well, not so much police as much as tattle.

Still, though, their cause is as just as it is thorough. The annual World Press Freedom Index is compiled through a combination of online questionnaires and analytical data. An online interview with 87 questions in more than 20 languages is sent to experts in 130 nations; meanwhile, a room full of stat nerds works to catalogue reported instances of abuse aimed at journalists or media outlets.

The result is a semi-quantitative assessment of censorship around the world. As always, boring, frozen countries lead the league. Norway (#1) and Sweden (#2) stayed on top while the rest of the Nordic countries vied for the rest of the top ten. The outliers up top were Jamaica (#6) and Costa Rica (#10). Those two countries may have some issues, but freedom of the press certainly isn’t one of them.

Here are the worst offenders.

How Does the U.S. Stack Up?

Okay, we know that if you’re an American citizen, you’re mainly cruising this list to find out how your home team ranks. The answer is: not good. Sure, #45 in the world isn’t the worst place for a country to sit when it comes to journalistic freedom, but when the first rule of your country boils down to “let the press say what they need to say,” it’s pretty crappy.

It’s not all Trump’s fault, either. The United States hovered around level 30 for several years until 2014 when the country dropped 13 spots, thanks to the manhunt for high profile whistleblowers Bradley Manning and Edward Snowden. At one point during the tumult, the DOJ seized phone records from the AP to pin down a suspect. Sure, the presidency of Donald Trump hasn’t helped, but we were hardly a beacon of journalistic freedom before his particular brand of media domination.

Okay, on to the supporting players (aka, the rest of the world).

If you’re not apprised of the situation in Equatorial Guinea, then everything is going entirely to plan for current President Teodoro Obiang Nguema. In 2017, his administration jailed artist Ramón Esono Ebalé for drawing a series of satirical cartoons like this one: 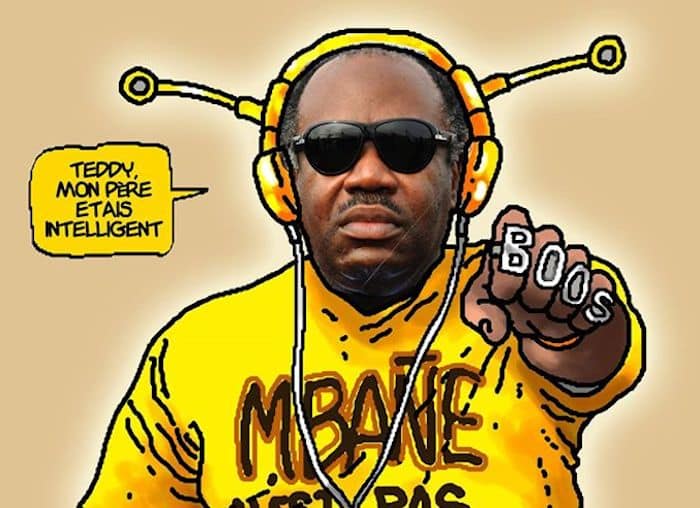 Yeah, that’s a prison-worthy offense in Equatorial Guinea. Ebalé was jailed for five months before he was released, thanks mainly to an international campaign to see the artist liberated.

Censorship isn’t rampant in Cuba. It can’t be, because the media is wholly owned by the government. In fact, the Cuban constitution kind of went the other direction when it comes to freedom of the press. Privately-owned media companies are outlawed.

Anyone who dares speak out is harassed, then abused, then imprisoned, then kicked off the island. Things aren’t all bad in Cuba. They actually jumped an entire spot on the list in 2018. Baby steps, people.

Once you’re done giggling childishly over Djibouti’s name, that’s pretty much all the levity you can get out of this country’s situation. The country’s media is so locked down that the only “independent” journalistic outlet, a radio station dubbed La Voix de Djibouti, is an online radio station based in Belgium (#7), a country with such pervasive freedom of the press that it’s bleeding into other nations.

Sadly that Belgium-based radio station is often blocked by the country’s infrastructure.

When your nation’s leader has also been indicted by the International Criminal Court for “crimes against humanity,” rampant censorship seems like the lesser of your problems. Or maybe it’s just par for the course for a country run by a dick like Omar al-Bashir, a man whose defining quality is that he looks like he’s constantly smelling a foul turd. 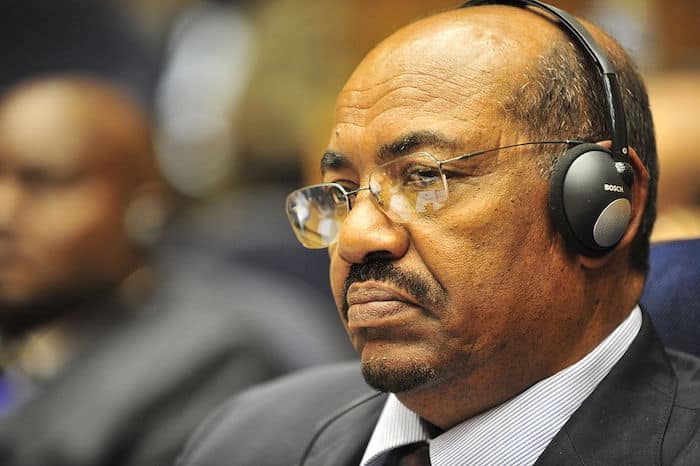 In 2018 alone, al-Bashir has silenced two journalists, shut down an independent radio station, a handful of newspapers, and jailed eighteen reporters (including foreign correspondents).

Sudanese reporters get extra credit for their bravery because rather than shut up, they’ve just started using Twitter.

There are several countries in the world in which putting out a critical blog post can get someone tossed in jail, but in Vietnam, the punishments are unusually harsh. The state has taken the liberty of enrolling plainclothes patrols to hunt down citizen journalists and beat them in the streets.

The people perceived as the worst offenders are thrown in prison and then beaten. Just ask Le Dinh Luong, a guy who got 20 years in jail for attempting to overthrow the government because he posted anti-government sentiment on Facebook.

In the United States, mocking the leadership has become a cottage industry in the last few years.

Xi Jinping and his cronies are so serious about censorship that they’ve convinced Google to lend a hand. The company whose motto is “don’t be evil” is about to actively help suppress information.

The Chinese version of Google will supposedly limit the search for controversial terms like “human rights.” You know, the kind of topics that give an average citizen “ideas.” Things in China are so bad that ordinary people can get interned if they make critical remarks in the comments section of an article.

If there’s one thing that both sides of the Syrian Civil War hate more than their opponents, it’s the people trying to tell the truth about what’s going on. In 2018, nine journalists have been killed for merely doing their job thanks to violence from both sides of the civil war.

With the situation in Syria deteriorating to the point that an upcoming battle has been billed as “a lake of blood,” freedom of the press is essentially just another symptom of the disease.

Ah, Turkmenistan, the most unassuming of the -stans. Of course, you likely think that because the government has an iron grip on the source of information. In 2018, they haven’t really felt the need to put any journalists to the sword, but that’s because government censorship (and the reprisals for speaking out) are so severe that most people just feel free to shut right the hell up.

Because censorship is something you really have to work at, Turkmenistan has also taken to intimidating journalists investigating human rights for the UN Anyone hoping to get information from the outside world (re: the interwebs) better be prepared to pay a small fortune for the unreliable, state-controlled privilege of checking your AOL inbox.

In mid-September 2001, while the world reeled from 9/11, the Eritrean government took the opportunity to shut down the last vestige of independent media in the country, shuttering seven newspapers and imprisoning 11 senior government officials. Since then, it’s been par for the course. The government operates with such brutal efficiency that Eritrea has earned itself the title of the World’s Most Censored Country.

That’s precisely how President Isaias Afwerki wants it, too. In 2014, the leader of Eritrea happily proclaimed, “Those who think there will be democracy in this country can think so in another world.”

At least he’s got honesty going for him.

The powers that be in North Korea have long since figured out the secret to keeping a people under its thumb. Just don’t give them any information or means to access it. Sure, the internet is crazy expensive elsewhere, but it’s non-existent in North Korea. Less than 5 percent of North Koreans have access to the internet.

All the media in NK — all five channels of it — is strictly controlled. Even the most active TV stations run for just seven hours a day. Presumably, the rest of a North Korean citizen’s time is spent reflecting on the benevolence of the glorious leader. Of course, the industrious North Korean populous has found ways to circumvent those less-than-stellar options by smuggling in a tide of international television shows, movies, and even video games.

And, of course, head honcho Kim Jong-un’s own fondness for Western pop culture is well documented He’s just not cool with his fans finding out why Black-ish is so damn funny.

Sweater Censorship: Anchor Covers Up Because Audience Say Her Dress Was “Too Revealing”