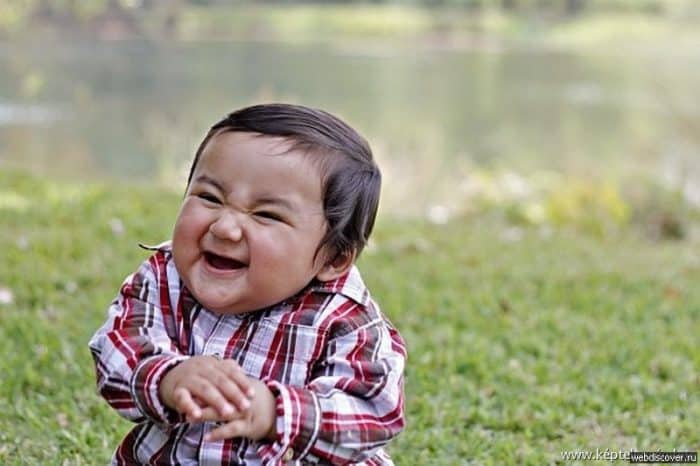 Probably not the worst or most disgusting thing you have ever downed but it sure is quite cringing. Seriously, baby poop? Have you seen the google image search results for those? There’s even a color for them, it’s a shade called “baby poop brown.” That’s quite inaccurate since baby poop comes in different assorted delights for parents to savor. Anyway, better get used to them because they can be used to replace yogurt.

That’s right, nutrition scientists have recently found out that the feces of babies have a certain strain of bacteria similar to those found in yogurts. These are called probiotics and they can help immensely with digestion. As such, they can prevent certain digestive tract diseases, probably even that c-word that forms in the colon area.

In fact, a probiotic cocktail has been developed already with baby poop as its primary component. This is all thanks to Wake Forest School of Medicine in North Carolina. The said cocktail could help improve anyone’s overall health and help with weight loss. They only used the dirty diapers of about 34 infants to come up with the said cocktail, so don’t throw those away moms, they are a gold mine.

Of course, don’t consume them outright as well, they require a certain process to be ready for consumption. Now, for the cocktail, it has done wonders in the experiments conducted by the U.S. nutrition experts. It actually made the test subjects more resistant to illnesses that attack the immune system as well as the digestive system. As for why only baby poop, well, babies are generally healthy and are not affected by any age-related diseases, hence, their doodoo is special, unlike yours. Oh, and they are also readily available.

How did he die? An African American man, George Floyd, 46, was killed by Minneapolis Police officers. Floyd was being investigated for forgery. George Floyd’s death was caused by a police officer holding him down on the ground with a knee on his neck. He was not shot to death but instead strangulated. Now, his family… END_OF_DOCUMENT_TOKEN_TO_BE_REPLACED

The Blood Test, The Swab Test, and The Saliva Test      Essentially, there are three general types of COVID-19 testing produced so far. One is the rapid test, the second is the saliva test and the other is the swab test. The rapid test (also known as the anti-body test) uses blood samples. The swab test… END_OF_DOCUMENT_TOKEN_TO_BE_REPLACED

The COVID-19 pandemic is one of the biggest modern pandemics known in history. Currently, there are more than five million confirmed cases in the world, with a total of 333,000 deaths. A total of 1.6 million of these confirmed cases are in the US alone. The world is currently in a race of finding a… END_OF_DOCUMENT_TOKEN_TO_BE_REPLACED

Despite concrete data and research, people’s opinions will always be diverse when it comes to a variety of topics including religion, politics, gender, and more. Denial is a common reaction to many important discussions and serious world events. The COVID-19 pandemic does not differ from any issues and is subject to opinions from critiques all… END_OF_DOCUMENT_TOKEN_TO_BE_REPLACED

Back in January, when the Wuhan, China coronavirus broke out, it didn’t make it to the front page of newspapers, in print or virtual form. Today, January feels like a lifetime away. Like it or not, people around the world have adapted to the new normal – staying at home, frequent hand washing, and social… END_OF_DOCUMENT_TOKEN_TO_BE_REPLACED

Since the beginning of the year 2020, the whole world has been stupefied by the rapid spread of a deadly coronavirus known as COVID-19. World superpowers in the West were unable to prevent the virus from reaching their borders. Because of this fact, the novel coronavirus COVID-19 became a world-wide pandemic no less than three… END_OF_DOCUMENT_TOKEN_TO_BE_REPLACED