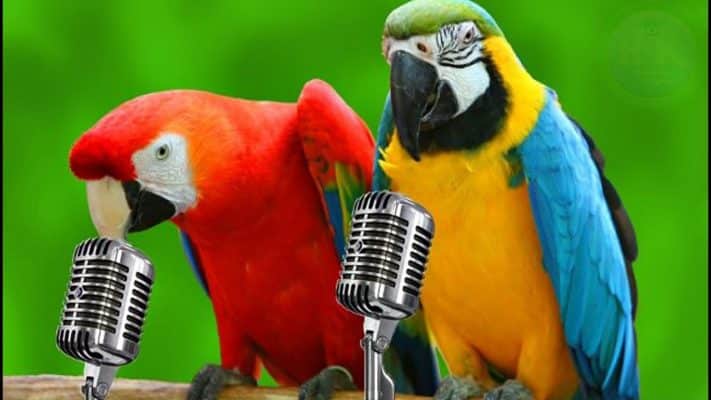 No, that title is not a joke, a parrot really does understand how economics works. They even know supply and demand, based on a recent study. Now how many of us can claim that we understand that aspect of the economy? It’s okay no need to answer, if we all did, we’d probably be successful stockbrokers by now.

So yeah, a parrot probably knows how to turn the economy to their advantage better than you. A recent food test at the Max Planck Institute in Germany shows some promising results for the potty-mouthed human imitators. The experiment involved 33 macaws and African grey parrots and they were taught currency, specifically how to exchange tokens for food, as well as their value.

Each parrot was given two choices, to invest their tokens in low-value but immediate rewards which are seeds, or high-value but expensive rewards, which are walnuts. The scientists were surprised to witness parrots choosing to conserve or take tokens instead of seeds as long as they thought it would get them the walnut or the better reward. So they knew the value of their tokens and how to save them up for bigger chow.

“In our experimental setting, we have found that they are capable of making surprisingly subtle decisions to maximise their payoff while minimising their effort,” claimed lead researcher Dr. Auguste von Bayern. Apparently, the parrots also performed as well as the Chimpanzees in the same test. This led the scientists to wonder how parrots use such economic intelligence in their natural environment. So when they aren’t aping human sounds and noises, they probably are making beaucoup bucks in Wall Street behind your back. Perfect cover-up.

The Technology Behind the Famous ‘Drinking Bird’ Is Brilliant

Israel’s Iron Dome has protected the country against missile attacks for years. The Iron Dome in Israel is the biggest of its kind in the world. No other countries in the world use the same air defense system, meaning it is one of a kind. The tension between Israel and Gaza has been going on… END_OF_DOCUMENT_TOKEN_TO_BE_REPLACED

The world is devastated by the news that Britain’s Prince Philip, the Duke of Edinburgh, has died at the age of 99. Palace media confirms that the Duke has expired mid-day today, April 9th. The announcement did not contain any specifics on the cause of death. The United Kingdom will enter a state of national… END_OF_DOCUMENT_TOKEN_TO_BE_REPLACED

Who would have known that religious prophets would be among the most loyal supporters of former President Trump? In fact, it has been observed that the most conservative Christians may have been the right amount of push for Trump’s presidential win back in 2016. Since Trump’s election back in 2016, numerous self-proclaimed “prophets” have been… END_OF_DOCUMENT_TOKEN_TO_BE_REPLACED