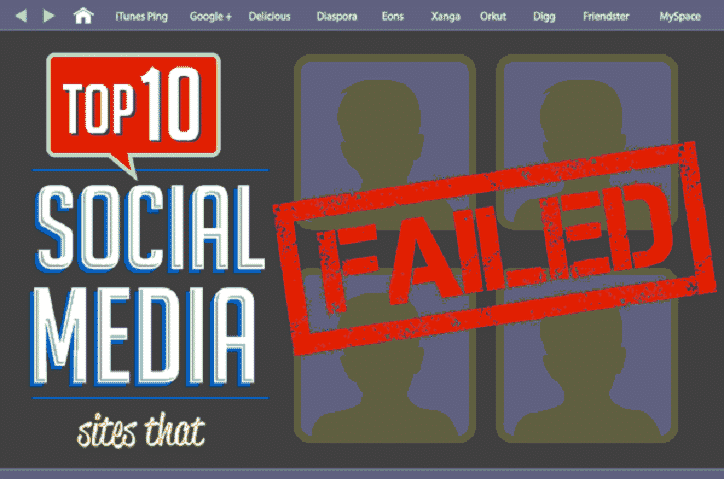 Over the last decade we have witnessed the failure of various networks and the team at MyLife put together an infographic to showcase those failures.

Some of the networks mentioned, such as Apple’s Ping service, no longer exist, while others, namely Myspace and Digg have reinvented themselves in the hopes of one last shot at relevance.

Some users will likely disagree with Google+ making the list as the network continues to grow, while others sites such as Del.iciou.us simply needed to go away.

Here is the Top 10 Social Media sites that failed:

The Michelle Obama Podcast was released on the 29th of July and can be streamed on Spotify, both for free and premium users. The world is currently hyped that the Former First Lady of the United States has released the first episode of her latest podcast. What made listeners even more excited was when she… END_OF_DOCUMENT_TOKEN_TO_BE_REPLACED

Research in Britain has deduced that there are a total of six “general” classifications of COVID-19 symptoms. The research, originally published in June of 2020, has revealed that the symptoms of COVID-19 can be generalized into six different categories. This is based on the data collected from a symptom tracking app. It has been widely proven… END_OF_DOCUMENT_TOKEN_TO_BE_REPLACED