Hispanics More Likely To Use Customer Service On Social Networks...

Hispanics who use social media are much more likely to take advantage of customer service on their social networks, according to data from Nielsen research and NM Incite.

Over 55 percent of Hispanic social media users have at one point either asked a question or filed a complaint to a brand through social media, compared to roughly 45 percent from other demographics. Hispanics were also 20 percent more likely than other groups to recommend a brand or company after having a good customer service experience.

Hispanics also prefer Twitter and YouTube over other networks as well, using them at more than double the rate of the rest of us.

The research, revealed in the infographic below, builds on Nielsen findings from early 2012, which found that Hispanics are one of the most active demographics on social media. 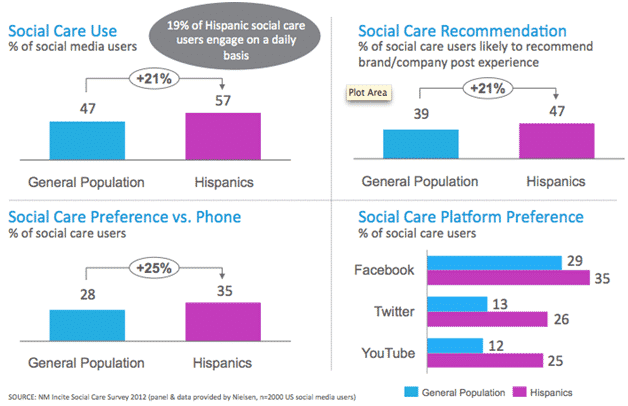