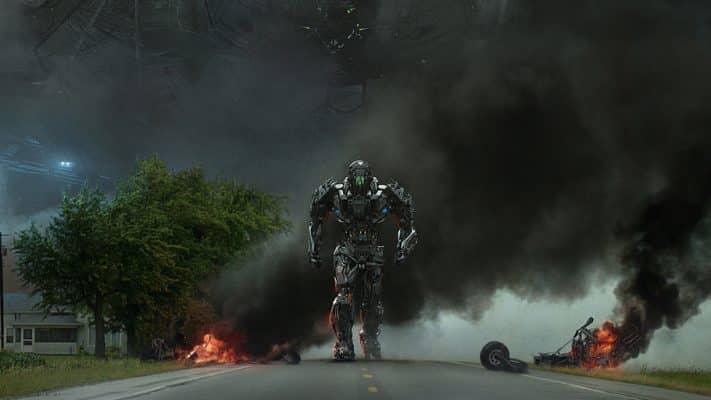 With all the mech and giant robot animes and movies right now and in the recent past, it was only a matter of time before humans actually started making their own. Anyone who has ever seen a Gundam– heck even Voltron or Power Rangers, would want their own giant robot. One Chinese guy made his dreams a reality and built a working and armed giant robot himself.


Of course, when you have built something that can potentially combat Godzilla or other large anomalies like the President’s ego, you would be a fool to not show it off. So that is what the Chinese man did, he piloted his giant death robot through the streets to show off his big guns. Since the robot was the size of an 18-wheeler truck, it caught the attention of a lot of people. It also occupied a whole traffic lane.

As such, the giant robot probably caused more harm than good, at least to the motorists of Beijing, China that day. This drew the attention of the Beijing traffic police who immediately confronted the pilot and warned him to keep his robot off the streets. He was causing traffic though and was also causing a lot of pedestrians to stop and take photos, additionally causing even more pedestrian traffic.

So yeah, unfortunately, the mobile expo was cut short and people were not able to find out how the giant robot worked or was able to move or transform. As to why it was taken out for a spin, apparently, the giant robot was a prototype for the Taobao Maker Festival for gadgets and other techs.

YouTube’s Robot Builder Girl, Simone Giertz Is Back From Her Brain Tumor Surgery

Together with the fireworks for the Independence Day weekend, the latest explosive Hollywood news involves no one else but the controversial Kanye West. The famous celebrity has revealed his plans for a presidential run. Originally planned for 2024, he has stated that he is actually going to run for the 2020 Presidential elections in November. The… END_OF_DOCUMENT_TOKEN_TO_BE_REPLACED

Recent trends have reported that K-pop fans in the US are getting mixed in with current issues in politics. K-pop fan communities are using online platforms to rally up and protest against racism in the United States. In support of the #BlackLivesMatter movement, the online K-pop community has come together in protest. Never has it… END_OF_DOCUMENT_TOKEN_TO_BE_REPLACED