A recent poll showed that the majority of American voters feel that race relations have worsened under Trump, and one way this seems to be manifesting is white people calling the police on black people, simply for existing.

The most famous of these racists is perhaps “BBQ Becky,” aka Jennifer Schulte, who called the police on a group of black people having a BBQ in her local park in Oakland, California. At least in this case, the cops realised this woman was out of her mind, probably because she kept them on the phone for three hours and used the N-word multiple times. She ended up being held for an involuntary psych evaluation, but not before the video of her harrassing the group was caught on camera. 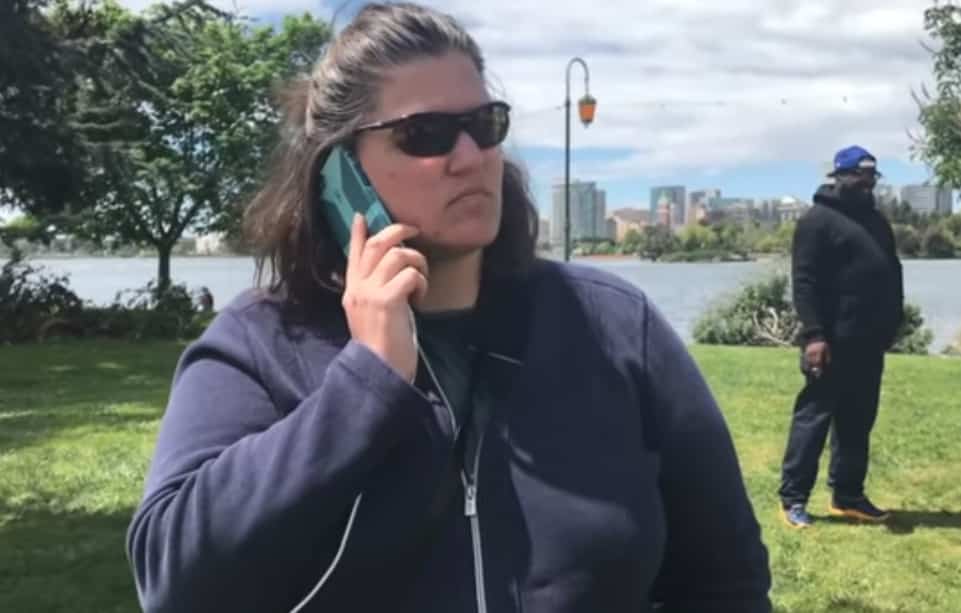 Well, if one good thing came from this whole debacle (other than an obvious racist being detained), it’s this soon-to-be iconic photograph.

Snapped by Otis Casey Photography in a shoot entitled ‘Black Geeks of Dragon Con,’ BBQ Becky can be seen calling the police on a group of black cosplayers, who are throwing her plenty of shade in the background.

The hilarious photograph has gone viral, but fortunately it wasn’t the real Schulte. Instead BBQ Becky is played by lookalike and fellow nerd Tazra Rose, who is putting her simularity to the hated figure to good use.

The image currently has 4.7K shares, but when Casey uploaded the photograph to Facebook a day ago, he wasn’t expecting such an amazing reaction.

He told Mashable: “Honestly I’m surprised that it has taken on a life of its own.

“I like the response where Kilmonger is giving her the evil stare.

“This incident did not ruin the festive mood during the shoot. Instead everyone got a huge laugh out of this. For that I am glad.”

Apparently, the photograph wasn’t planned in advance, with the group encouraging Rose to get involved after spotting her nearby. But despite the hilarity of the snap, Casey is aware that the real-life incident with BBQ Becky was no joke.

“Unfortunately outside of Dragon Con this will eventually happen again minus the laughs.”