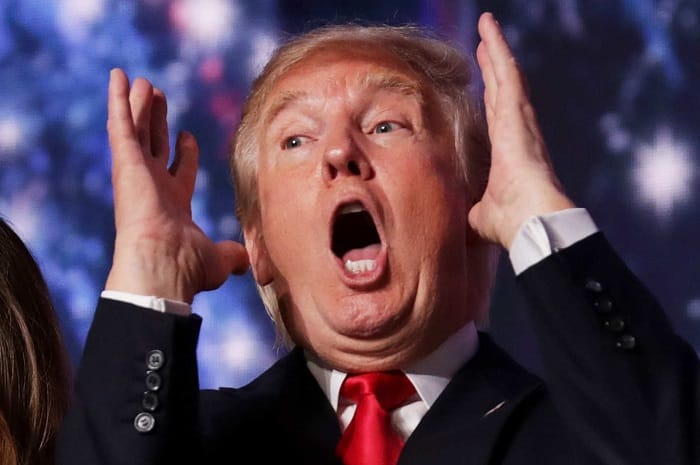 For a lot of people, Donald Trump is polarizing as a president. He certainly has been saying a lot of things which have made everyone worry about his stability, both in the past and the present. Such a worrying general sentiment even compelled Trump to react earlier in the year, claiming that he was a “very stable genius” and “like, really smart”. However, a psychiatrist from Yale may have something to say about that.

….Actually, throughout my life, my two greatest assets have been mental stability and being, like, really smart. Crooked Hillary Clinton also played these cards very hard and, as everyone knows, went down in flames. I went from VERY successful businessman, to top T.V. Star…..

Bandy Lee of Yale University has come forth and revealed that she received some worried calls from certain West Wing representatives last year. Apparently, they sought her psychiatric guidance since Trump was “scaring” them with his erratic behavior. In fact, Lee even received more than one call during a particular day back then regarding Trump’s mental stability.

As for why Bandy waited nearly a year before divulging that information to the public, she was concerned that her role as an educator might get confused. Apart from that, an intervention with the president himself would not exactly be the most appropriate course of action according to her.

In addition to White House staff concerned about Trump’s mental health, an alleged family friend of Trump also emailed Lee regarding similar concerns. Other experts have also made their remarks, including political psychologist Dr. Bart Rossi who inferred that Trump is exhibiting narcissistic behavior. Rossi also added that Trump’s psychological stability seems to be worsening after pressures about the Russia probe and other administrative tensions kept escalating.

The fact that people inside the White House are starting to feel threatened themselves might actually strengthen the conclusions of outspoken experts regarding Trump’s mental state.

Trump Threatens ‘Everyone Will Be Poor’ If He Gets Impeached, But Stock Market Says Otherwise

The Blood Test, The Swab Test, and The Saliva Test      Essentially, there are three general types of COVID-19 testing produced so far. One is the rapid test, the second is the saliva test and the other is the swab test. The rapid test (also known as the anti-body test) uses blood samples. The swab test… END_OF_DOCUMENT_TOKEN_TO_BE_REPLACED

The COVID-19 pandemic is one of the biggest modern pandemics known in history. Currently, there are more than five million confirmed cases in the world, with a total of 333,000 deaths. A total of 1.6 million of these confirmed cases are in the US alone. The world is currently in a race of finding a… END_OF_DOCUMENT_TOKEN_TO_BE_REPLACED

Despite concrete data and research, people’s opinions will always be diverse when it comes to a variety of topics including religion, politics, gender, and more. Denial is a common reaction to many important discussions and serious world events. The COVID-19 pandemic does not differ from any issues and is subject to opinions from critiques all… END_OF_DOCUMENT_TOKEN_TO_BE_REPLACED

Back in January, when the Wuhan, China coronavirus broke out, it didn’t make it to the front page of newspapers, in print or virtual form. Today, January feels like a lifetime away. Like it or not, people around the world have adapted to the new normal – staying at home, frequent hand washing, and social… END_OF_DOCUMENT_TOKEN_TO_BE_REPLACED

Since the beginning of the year 2020, the whole world has been stupefied by the rapid spread of a deadly coronavirus known as COVID-19. World superpowers in the West were unable to prevent the virus from reaching their borders. Because of this fact, the novel coronavirus COVID-19 became a world-wide pandemic no less than three… END_OF_DOCUMENT_TOKEN_TO_BE_REPLACED

For months since the start of 2020, the attention of the world has focused on immediate response efforts to contain and combat the novel coronavirus, also known as COVID-19. The deadly virus has pushed millions of people into isolation.  This kept people in their homes for weeks and months away from their work, their friends,… END_OF_DOCUMENT_TOKEN_TO_BE_REPLACED