If you’re looking for true love, it’s unlikely you’ll find it on Tinder. The dating app is a well-known hotspot for creepy guys with bad grammar, but this man’s sweet attempt at wooing his Tinder match might just restore your faith in swiping right.

Jessica-May Giles, from the UK, had been on the app for a month, but had yet to find someone worth dating amongst the perves. However, the 22-year-old was pleasantly surprised when a guy called Mitchell decided to take her bio – which reads “I just want to find a future husband” – to heart.

After asking Jessica how he could “apply” for the role, she jokingly suggested that he email her “his best cover letter,” which she found promptly in her inbox the the next day.

The 300 word letter listed her potential love interests skills as “supportive,” a “good hair player,” and a “top tea maker,” and was signed by “Mitchell Husband Material” who lives at “69 Future Love Den.”

Jessica said: “I’ve had Tinder for about a month, and I’ve only used it for a bit of fun. 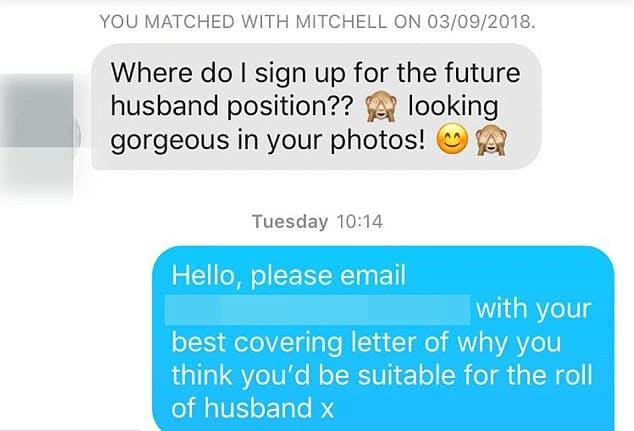 “I thought putting that I was wanting to find a future husband would be a funny request, and not something people would usually do on Tinder.

“I had only put that on my profile the day before, and I knew I’d get some banter from it so jumped at the chance when Mitchell asked how they could apply.

“I never thought he would actually send it, but when the email came through I thought it was hilarious – you’ve got to love a grafter!”

As well as pitching his skills as a partner, Mitchell also took care to feature Jessica’s likes in his letter. On her profile, Jessica lists her interests as weights, bunnies, and sweets – all things Mitchell included in his unconventional love note.

“I loved the attention to detail in the letter, and how he knew exactly what to say,” Jessica continued. 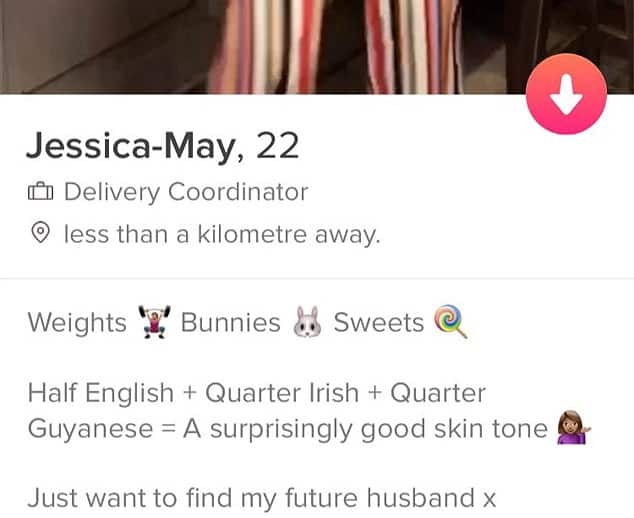 “But my favourite part was the address and especially the postcode, which was ‘HE4 RT’- like heart.

“It was laid out so professionally, and I loved how he included some of my requirements in there too and even put them in italics!”

Jessica says she is now looking forward to meeting her new man-friend in the flesh.

She added: “I’m going on holiday soon, but we’ve been chatting a bit and he seems a genuinely lovely guy.

“He clearly has good personality and banter to send that cover letter in the first place – so he’d be a laugh in person!” 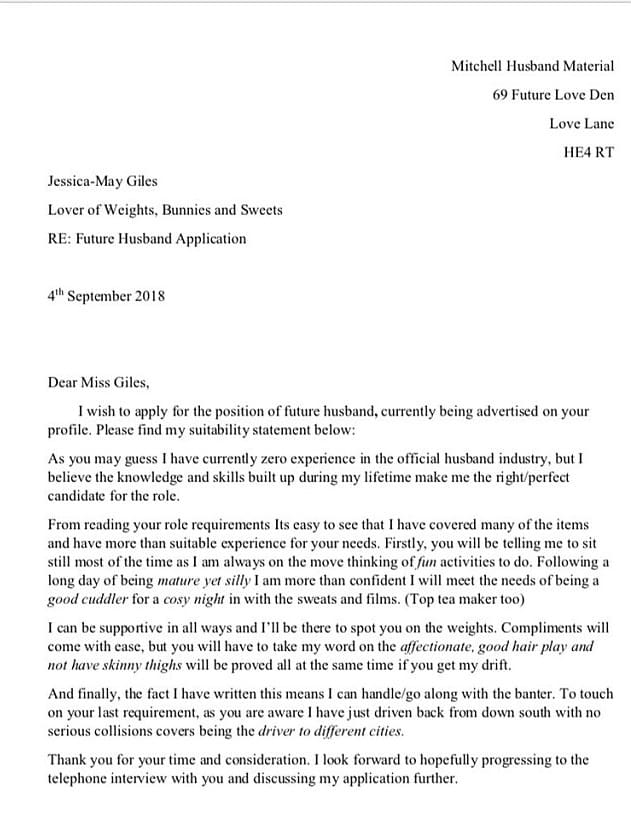