Four years later, and we’re no closer to finding out what happened to Malaysia Airlines Flight MH370. The plane went missing on 8th March 2014 near Phuket Island, in the Strait of Malacca, with 239 people on board, and despite a $142,706,595.00 search the mystery remains unsolved.

The Boeing 777 had taken off from Kuala Lampar and was heading to Beijing, but Malaysia airlines lost contact with the craft at 12.14am. The last words heard from the plane, according to Malaysian authorities, was either the pilot or co-pilot saying: “Good night Malaysian three seven zero.”

There is evidence that the plane stayed in the air for seven hours after the transponder shut down, at which point it would have run out of fuel. Experts estimate that the most likely crash site was roughly 1,000 miles West of Perth, West Australia, but now a tech expert has come forward with another theory.

Ian Wilson, a video producer from the UK, claims he’s spotted the missing plane on Google Maps. He believes the flight’s remains are hidden deep in the Cambodian Jungle, and he now plans to visit the location to prove his theory. 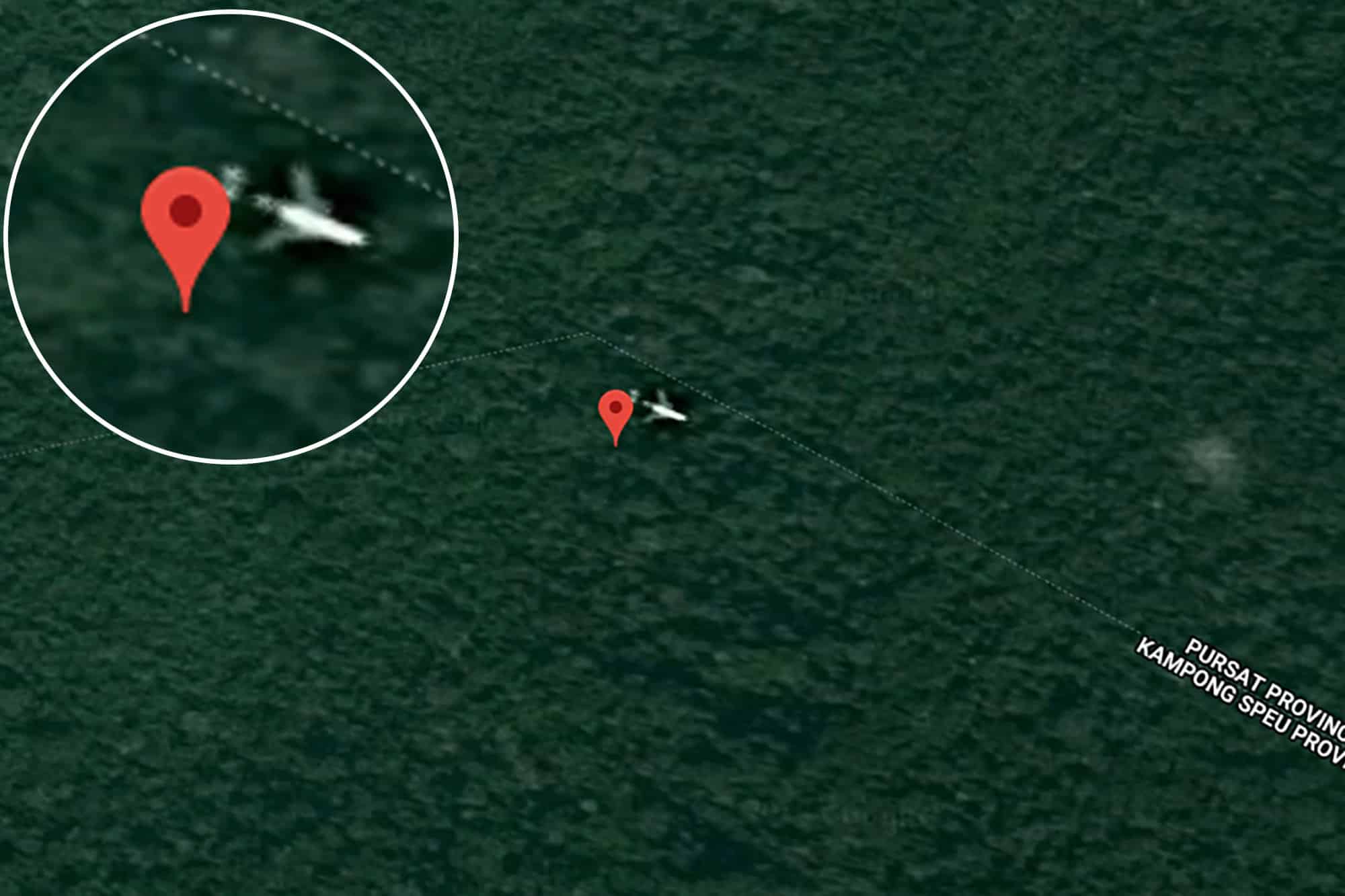 Speaking to the Daily Star, Wilson said: “Measuring the Google sighting, you’re looking at around 69 metres, but there looks to be a gap between the tail and the back of the plane.

“It’s just slightly bigger, but there’s a gap that would probably account for that.”

Explaining how he found what he believes to be MH370, he added: “I was on there [Google Earth], a few hours here, a few hours there. If you added it up I spent hours searching for places a plane could have gone down.

“And in the end, as you can see the place where the plane is. It is literally the greenest, darkest part you can see.”

As much as we’d like to believe the mystery has finally been solved, it’s unlikely that if crash investigators couldn’t find the missing plane, that a man on Google maps will.

However, the Bureau of Aircraft Investigations Archives says they’re not ruling Wilson’s discovery out.

The first piece of debris found from the crash washed up on a West Australia beach in 2015, and although 33 pieces of wreckage have been discovered since, no human remains have yet to be uncovered.

A “USO” (Unidentified Sea Object) Discovered Thanks to Google Earth – But What the Hell is it?