Man Pretends to Be a Girl on Tinder and Gentlemen,...

Women who have spent any time on Tinder will tell you the same thing – the dating site is a breeding ground for creeps. Just ask Arielle Musa, who shared the awful text rant she received from a guy she turned down on Tinder (it’s not for the faint-hearted), or Michelle Thomas, who was informed by a match that she was “too fat” to continue dating.

Well, instead of listening to all the women that have being complaining about jerks on Tinder, YouTuber Jesse King decided to find out for himself what the hook-up app was like from the other side.

Until now, Jesse’s biggest problem with the Tinder was not getting much interaction from his matches. He summised that for girls, the experience was likely different, and no offence dude, but DUH.

Fortunately, Jesse didn’t steal a random girl’s identity for this experiment. Instead, he asked his friend Daisy if he could use some of her photographs for the profile, but used a different name. 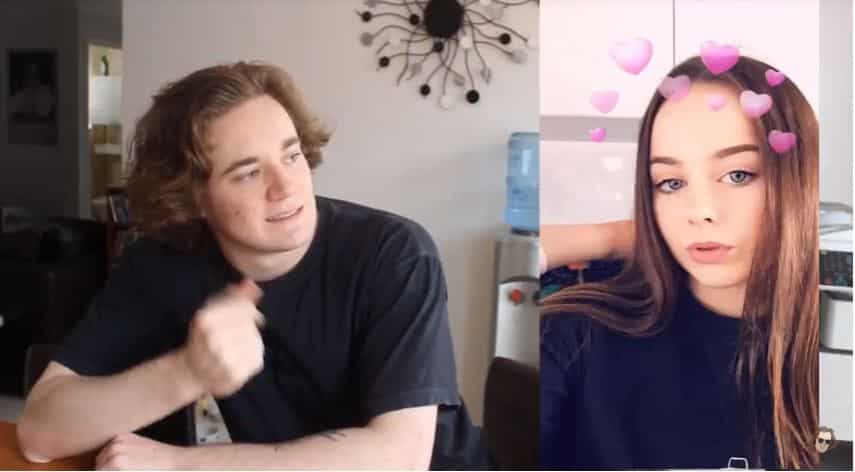 After two months on Tinder, Jesse has garnered 105 matches, but only five messages. His new female profile “Ashley” managed to surpass that number within a day, but rather than feeling sorry for himself, Jesse said he felt more sorry for the women of Tinder.

“This actually sucks. The amount of guys that have messaged me is appalling, and the things that they say, it’s disgusting.”

He then rattled off some of the classics he’d received, from “I’m Asian, so I’ll eat your cat *tongue emoji*” to “You look so innocent and sweet, so as long as I have a face, you’ll always have a seat.”

Well, at least the second one sort of rhymes.

After a while, Jesse tried replying to some of the messages he’d received. It didn’t go well… 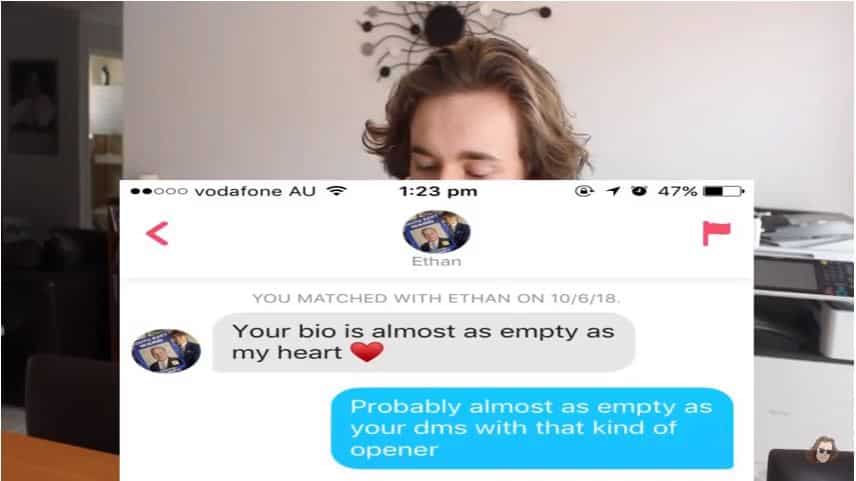 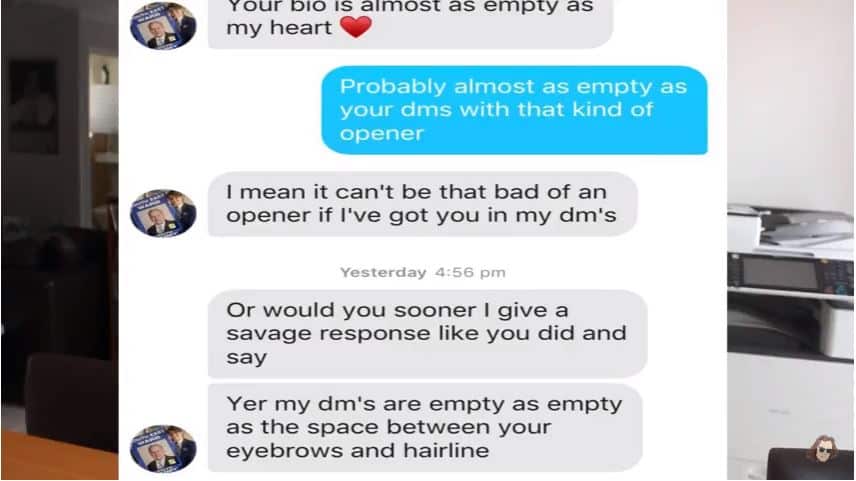 Sadly, we’re at all not surprised by how quickly this guy jumped to insulting her appearance when rejected.

After spending a day as a woman on Tinder, Jesse had some serious questions for us ladies.

“Do girls actually like this?” He asked. “If you’re a girl and you’re watching this, please tell me how this makes you feel, like everyday.

“I’ve never been so bombarded in my life.” 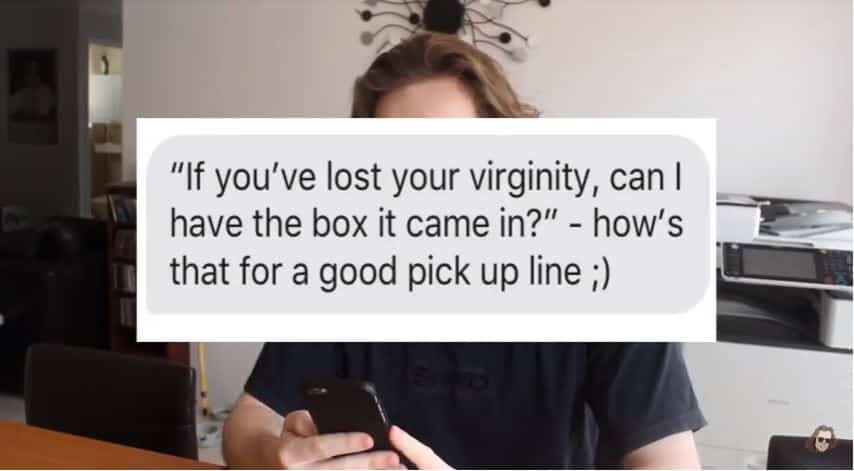 He also had a message for the guys watching at home.

“If you’re a guy watching this, and this is the kind of stuff you say to a girl on Tinder, stop.”

Jesse isn’t the first male to give gender-swapping on Tinder a try. In 2016, British comedian Sy Thomas also gave it a whirl, except he went all-out for the experiment. Rather than borrowing a friend’s snaps for his profile, the 39-year-old donned a wig and make-up to impress potential suitors and had a similar experience. “Simone” received over 400 messages in three days, containing equally lewd comments.

Maybe we should just start using this “Tinder” that matches you with your perfect pet instead. At least no one will judge you for taking them home.

Watch the full video of Jesse’s experiment below.

Tinder Couple Find Each Other In The Same Loo