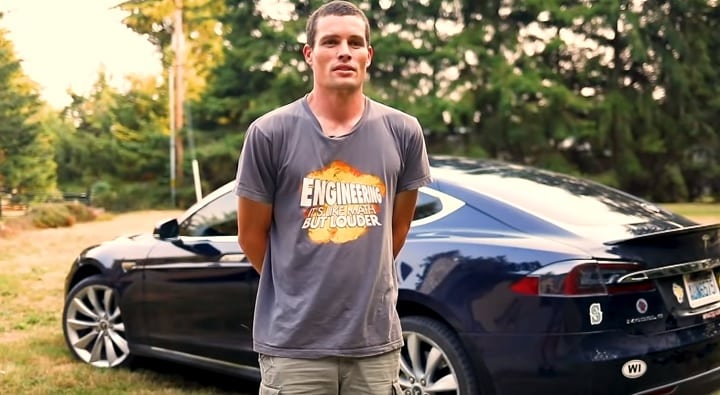 Elon Musk is probably busy with his own controversies right now that he probably has forgotten about his company, Tesla. More specifically, Tesla’s after-sales policies for customers and their car warranty. It is worth noting that a lot of critics have actually considered Tesla car policies quite anti-consumer, a lot of customers are certainly not happy with their electric cars.


Hence, one guy named Greg Furstenwerth got so fed up with Tesla’s car policies that he took matters into his own hands. His Model S, one of the first electric car designs, was out of warranty and unfortunately broke down.

So Greg made his own repairs and actually made it look so easy. He also said anyone who can do Legos can fix their own Model S car. They would probably need to do so, since Tesla is quite uptight about their out-of-warranty repairs, compelling a lot of people to buy a new car instead or spend thousands of dollars for official repairs. Check out how Greg did it below:

According to Greg, getting the parts he needed to fix the car was too difficult, courtesy of Tesla themselves. Greg was also quite unlucky since the first issue the popped up with his Model S post-warranty was the tire pressure monitoring system, which was soon followed by a door-wiring issue. Afterward, several other parts soon started breaking down, Greg even discovered a security flaw which allowed the car to be driven without the keys.

However, he was able to purchase parts online from a 3rd-party, costing him only $70 for the door repair, something that Tesla would have charged him thousands of dollars for. Still, Greg admitted that he wanted the company to be better both not just in its after-sales and post-warranty, but also with their car engineering. He still loves his electric car and wants the manufacturer to be more thorough and live up to their reputation.

Guy Does Tesla’s Work For Them; Rebuilds And Recycles Salvaged Tesla Cars