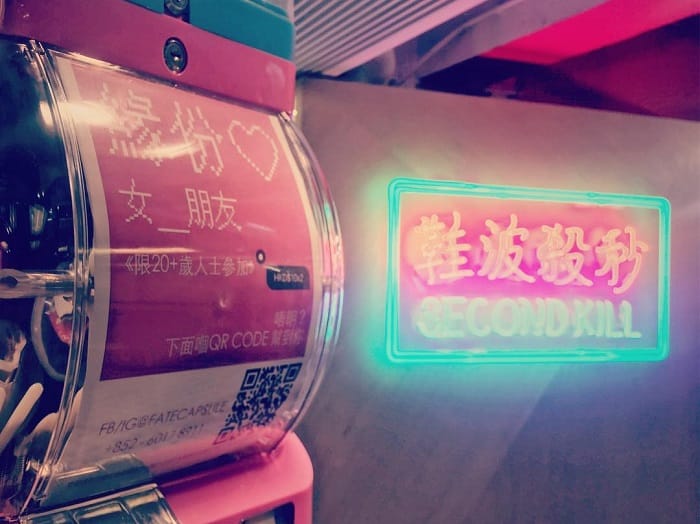 Online and less conventional ways of dating have been highly popular over the years ever since phones and the internet were introduced. Gone are the days of flirting through snail mail with your pen pal who may or may not turn out to be an overweight middle-aged man. Now, we have Tinder, OkCupid, Coffee Meets Bagel, and Redneck and Single… sorry, forget about that last one.


Anyway, Hong Kong did away with all those and has something new and exciting. But first, are you aware of the gashapon in Japan? Essentially small toys packed in capsules and sold in randomized vending machines? Well, Hong Kong interbred that system with dating, selling willing singles’ contact details instead of toys, and it has since become all the rage in the city.

Ben Tang is the proud pioneer of this in Hong Kong and has named them “Fate Capsules.” Each capsule contains one single person’s contact details and costs HK$20 (US$2.55). Of course, it can be more exciting than the usual Tinder since you never know who you’re going to get. That does not guarantee courtship success though, you still have to communicate and work your way to compatibility with the person you get.

For now, Tang only has heterosexual Fate Capsules, but is planning to make same-sex Fate Capsules. He is also facing competition since a lot of other businesses are picking up the idea too. Tang also works hard to verify each and every contact who signs up for the Fate Capsule, meaning a lot of them went through a screening process before their contacts are put in the capsules.

This Can’t Be Real: There is Now a Trump Dating Site

Gift-giving isn’t just a seasonal affair between friends, families and acquaintances. The art of gift-giving is also conducted on a national scale with countries often sending each other big, weird and expensive gifts. Experts in all things gifts, Vanilla Reindeer put together some examples of these expensive and odd gifts that have been shared between… END_OF_DOCUMENT_TOKEN_TO_BE_REPLACED

There are lots of ways you can make Pres. Trump feel welcome: you can offer him coffee, or mow a penis into a field for him to view as his plane lands. The willie in question has been chopped by Born Eco ahead of the arrival of President Trump, who visited the UK Monday for… END_OF_DOCUMENT_TOKEN_TO_BE_REPLACED

The year isn’t even halfway over, yet Donald Trump has managed to make a fool of himself and our country countless times. From inviting the national college football champions, the Clemson Tigers, all the way to the White House for some McDonald’s to his to the dreaded results of Mueller’s investigation, it has been one… END_OF_DOCUMENT_TOKEN_TO_BE_REPLACED

Republicans have always said that when they gained control in Congress, they would work to overturn Roe v. Wade and here they are, cashing in on that promise one state at a time. So far, Alabama, Arkansas, Georgia, Kentucky, Missouri, and Ohio have all passed incredibly restrictive laws on abortions, making it illegal for women… END_OF_DOCUMENT_TOKEN_TO_BE_REPLACED

If you’re on Snapchat, then you’ve probably played around with (and were likely horrified by) their filter gender swap filters. While you’re probably using these filters to send hilarious pics to your friends, some guys using them to create Tinder profiles. What likely started out as a joke has quickly evolved, and these guys are… END_OF_DOCUMENT_TOKEN_TO_BE_REPLACED

“Milkshaking” is a hilarious trend in Britain where a milkshake is thrown at and ideally lands on a far-right politician or activist. The point of this nonviolence protest is to humiliate them without causing injury. Physical injury at least. There’s no doubt that milkshaking has led to a few bruised egos. Not only is this… END_OF_DOCUMENT_TOKEN_TO_BE_REPLACED