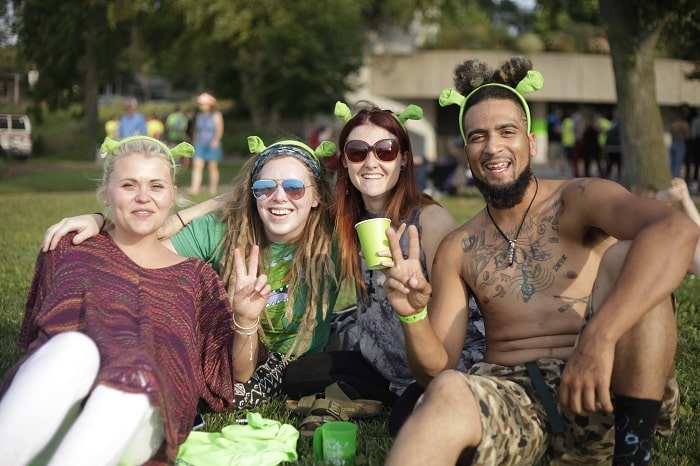 I know what you are thinking, how did this one slip by our radar? Shrek was one of the most important events to ever happen in the course of human history, surely something as big as this is hard to miss. No, really, it has gotten quite big, it appears there are thousands of people attending a festival for Shrek called Shrekfest, and goodness knows what takes place there.


Your preparation time is short though, it will take place on September 2, at 3 p.m., which is just a few days away. There, thousands of Shrek fans will be gathering at McPike Park, Madison, Wisconsin to uh… lay claim to their own swamps I guess. Seriously, though, they even have a Facebook page for the event right here. Oh and here’s a creepy video invitation for Shrekfest, get your acid ready, it’s one hell of a trip:

Apparently, this has been an ongoing thing for years too and it started back in 2014… as a joke. A “fake” Facebook event was made inviting people to show up in Wisconsin, long before the Facebook trend of fake events plagued the social media. However, a video editor named Grant Duffrin thought the event was real. He was disappointed after finding out that it wasn’t, along with thousands of others who “loved” Shrek.

So Duffrin and friends went out of their way to make the festival real and the first Shrekfest took place on July 26, 2014. Needless to say, it was a big success, and it seems this year, Shrekfest is far from ogre. If you want to join, then you better hurry, there are tickets to the event and swamp slots are limited, p.s. bring your own donkey.

The Burning Man Is No Place For Pervs; #MeToo Movement Also Present There

Will Smith disclosed in a podcast interview recently that he would “consider” running for president “at some point.” In an interview released Monday, the 52-year-old rapper told Crooked Media’s “Pod Save America”: “I think for now I’ll let that office get cleaned up a little bit. And then I’ll consider that at some point down… END_OF_DOCUMENT_TOKEN_TO_BE_REPLACED

Vaccination programs are currently on roll-out and countries that vaccinated for COVID-19 are talking. Questions are everywhere, and it is building up people’s anxieties about vaccination. How has the vaccine affected their population? Are the vaccines any good? Should we research more on newer vaccines? Can the vaccines kill the mutated virus? The answers change… END_OF_DOCUMENT_TOKEN_TO_BE_REPLACED

Texas Senator, Ted Cruz, received heavy criticism after taking a vacation to Cancun with his family in the middle of a crisis. The latest power crisis in Texas left hundreds of homes without electricity and water for more than 48 hours in negative degree weather. This has left the lives of many Texas residents in… END_OF_DOCUMENT_TOKEN_TO_BE_REPLACED