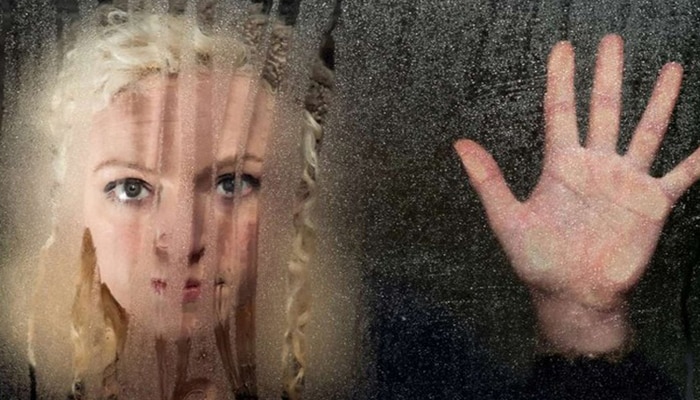 Heidi Falconer, 31, is one of the few people in the world born with aquagenic urticaria, a potentially fatal allergy to water.

Heidi, originally from Tividale, possesses a very rare condition in which her immune system thinks that H2O molecules are foreign and attacks them.

One small drop of water on Heidi’s skin breaks her out in blisters in seconds. Even tears down her face can leave her cheeks red and cracked.

She cannot drink water, bathe or shower in it, or even go outside when it is raining because of the possibility of going into shock.

“I know I have to be careful and wary all the time and sometimes it’s a struggle,” Heidi said.

“But I try to live my life the best way I can. Kenny and I have been in a relationship for about thirteen years and he is golden to me. I have dreams of getting married and having children. My condition is something I have to live with, but I feel I have come to terms with it.

“It would be great to live normally just like everyone else, but I know that can’t happen.”

Water accounts for 80% of the human body, thereby Heidi is technically allergic to HERSELF.

In a world-first operation, surgeons had to go as far as removing Heidi’s appendix using virtually no water-based products.

She survives by consuming 4 small glasses of milk or orange juice a day and eating dry foods like chicken and biscuits.

Heidi has to apply a special cream from Sweden over her entire body in a daily ritual as well.

A long-awaited book about her health struggles, called “It’s Only Water”, is set to publish soon.

Woman Claims She Is Allergic To Wi-Fi, Gets Disability Pay

Israel’s Iron Dome has protected the country against missile attacks for years. The Iron Dome in Israel is the biggest of its kind in the world. No other countries in the world use the same air defense system, meaning it is one of a kind. The tension between Israel and Gaza has been going on… END_OF_DOCUMENT_TOKEN_TO_BE_REPLACED

The world is devastated by the news that Britain’s Prince Philip, the Duke of Edinburgh, has died at the age of 99. Palace media confirms that the Duke has expired mid-day today, April 9th. The announcement did not contain any specifics on the cause of death. The United Kingdom will enter a state of national… END_OF_DOCUMENT_TOKEN_TO_BE_REPLACED

Who would have known that religious prophets would be among the most loyal supporters of former President Trump? In fact, it has been observed that the most conservative Christians may have been the right amount of push for Trump’s presidential win back in 2016. Since Trump’s election back in 2016, numerous self-proclaimed “prophets” have been… END_OF_DOCUMENT_TOKEN_TO_BE_REPLACED