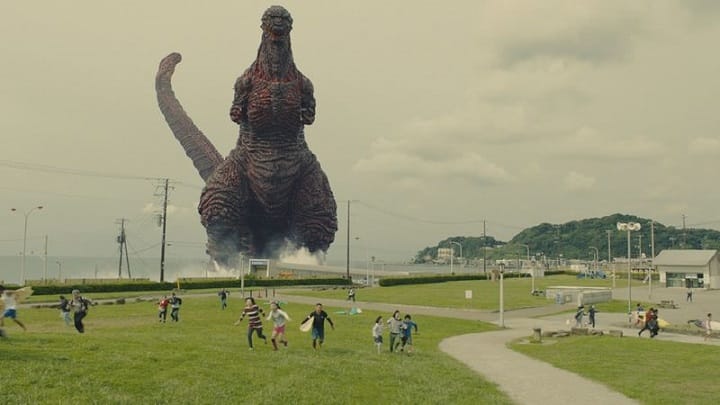 Japan, the Land of the Rising Sun, is also the landfall target of numerous storms each year. These are not just your regular rainstorms too, they are typhoons cooked up by the Pacific ocean, along with earthquakes and tsunamis. So thank the Pacific ocean for doing that every year to the internet’s favorite country. Anyway, the Japanese are quite used to storm warnings and they get regular alerts on their phones.


However, most tourists do not know about this. The cellular storm alarms actually sound off quite loudly to make sure that the user takes notice of them. So what happens when a group of foreigners comes across the people of Japan whose phones kept sounding off warnings all at the same time? Well, they assume the worst, which is Godzilla, or in the local tongue, Gojira; the big fat dino which Hollywood keeps ruining.

This was the case according to Japanese Twitter user @Znplus2. According to the Japanese person, a group of Italian tourists was aboard a passenger train when all their phones started ringing and buzzing. Of course, the Italians could not understand anything and one of them kept asking “Godzilla?!” Here’s the exact tweet in Japanese, thank god for Google translate:

Just this week, lawmakers approved a bill establishing the District of Columbia (D.C.) as the 51st state of the United States of America. This is after multiple calls and protests from the citizens to finally consider D.C. as a state.  However, the bill is not out of the woods yet as it faces multiple oppositions… END_OF_DOCUMENT_TOKEN_TO_BE_REPLACED

John Bolton’s new book entitled ‘The Room Where it Happened’ had been stirring up quite the attention since it was announced for release last week. Officially released only June 23, the new book seems to threaten the Trump administration as there had been moves to get it unpublished. The request was later on turned down… END_OF_DOCUMENT_TOKEN_TO_BE_REPLACED

Learning about the Juneteenth Holiday The Juneteenth holiday, celebrated every 19th of June, is a commemoration of the liberation of enslaved African-Americans in the United States. It was on the 19th of June 1865 when Union Army General Gordon Granger announced General Order No. 3 in Galveston, Texas officially emancipating slaves in the entire state.… END_OF_DOCUMENT_TOKEN_TO_BE_REPLACED