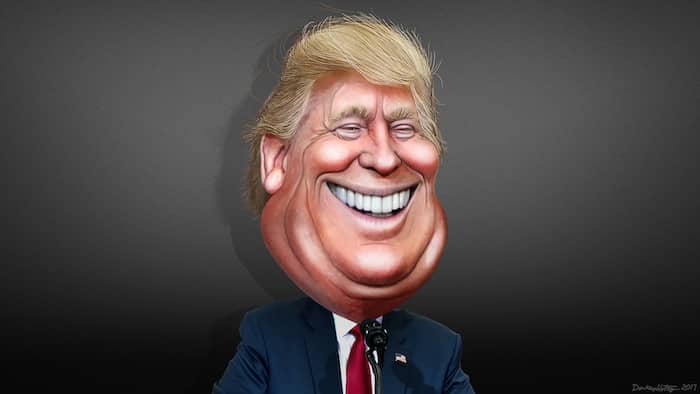 Every single day, you are being forced to inflate, reinforce, and encourage an American tragedy. This insidious institution is dedicated to the proliferation of a vast network of federal … it’s almost too painful to say … federal caregivers. And what is this amorphous leviathan? I speak of course of Obamacare, the opening trumpet blast of the socialist takeover of America.

Thank God the Democrats’ nefarious plan to make affordable health care accessible to people of all walks of life has been continuously attacked by our heroic, government-dismantling Republican allies since it was first invoked. Only resistance from the Hillary-Obama deep state has ensured that Obamacare stuck around. That must be the case because it’s certainly nothing to do with the 51 percent of Americans who support the legislation. (You can’t even trust those numbers, anyway, because they come from that prevalent proponent of the liberal agenda, Fox News.)

Fortunately, a cadre of tenacious white dudes remains committed to dismantling this assault on liberty (and childhood mortality rates) in spite of so-called “popular support.” Even after years nearly a decade trying to wrench the Affordable Care Act out of the American health care system, there’s still plenty of ground to make up. We can do it, though, people, we can turn the tide on those dumb dummies who think they’re entitled to proper healthcare — as though we lived in a first-world country!

Texas v. The United States … the War We Always Knew Would Happen

Thanks to the tireless efforts of 20 Republican state attorneys general, the court system will soon have to weigh in on the constitutionality of Obamacare.

A little while back, the Trump administration removed the financial penalty associated with not paying into Obamacare. Since that bad boy is out of the picture, the horde of GOP lawyers is challenging the legislation that compels Americans to pay into Obamacare. If they win, it could be a significant blow to the Affordable Care Act as a whole.

After all, if people aren’t forced to take part, then Obamacare falls apart, and the government is left with a gaping financial hole. And before you say, “Well, that wouldn’t be the case if the Republicans hadn’t screwed around with stuff,” just know that … shut up!

The Fundamental Flaw of Obamacare … Equality

The way it was initially set up, Obamacare was structured to spread out the cost of healthcare across the entire spectrum of participants. In other words, whether you were sick or healthy, poor or rich, Obamacare was supposed to even things out in the hopes of alleviating a smidgen of the stress put on sick folks who might otherwise be going bankrupt just trying to pay for their own medical treatment.

Fortunately, since the Kenyan left office, Trump’s people have done God’s work, by taking the financial stress off of healthy people and put it back where it belongs, on the people already suffering from life-changing illness.

That’s especially likely if all-American hero and exact composite photo of every white member of the House Brett Kavanaugh is put on the Supreme Court.

Brett Kavanaugh and the Council of Bigots

Obamacare’s resurgence in the news comes partially as a result of Brett Kavanaugh’s nomination for the Supreme Court goes through. See, while everyone in the media has focused primarily on some niche group’s excitement over burying Roe v. Wade, another battle over the future of Obamacare could very well take place.

In a 2017 speech, Brett Kavanaugh was proud in his belief that Obamacare wasn’t constitutional. He also mentioned that he thought the president should be entitled to pick and choose the laws he enforced. That’s pretty comfortable language for the Trump administration which has decided to stay out of a brewing battle over the constitutional legitimacy of Obamacare.

In spite of the obvious intelligence guiding the Donald and his little Kavanaugh, some people want to — ugh! — yield to the growing will of the people. The opposition is coming from a genuinely unexpected source … Republicans.

The Most Unlikely of Opponents

As much as it would have been super duper (and extra-convenient) to annihilate the entire Republican Party, instead of just the spray-tanned set of bagpipes in a poorly-cut suit that runs the show over there, that’s impossible.

An interloping group of traitors residing within the glorious Trump (née Republican) Party. In August, not one, not two, but ten Republican Senators put forward legislation designed with the most shameful of intents: to ensure that no Americans lost coverage as a result of Texas v. The United States.

As real bonehead Senator Lisa Murkowski told reporters, “With the uncertainty of the outcome in the upcoming Texas v. United States case, this legislation is needed now more than ever to give Alaskans, and all Americans, the certainty they need that protections for those with pre-existing conditions will remain intact.”

Did you hear that? I mean, it’s like she doesn’t even have a trust fund! Clearly, this is one politician who hasn’t been visited by the right special interests.

The world is based on the principle of survival of the fittest. Not in the “Darwin is right” way. That’s blasphemy. The Trump meaning of “survival of the fittest” means something very different. First, if you’re rich, you deserve to stay healthy, because having a lot of money is an earned genetic advantage, accrued as a result of an overflow of awesome. Meanwhile, if you’re poor, your health is a blessing from God because of your inherent suckiness. If your health is taken away, then it was His will, to begin with.

Thus concludes your science lesson for the day.

Recent trends have reported that K-pop fans in the US are getting mixed in with current issues in politics. K-pop fan communities are using online platforms to rally up and protest against racism in the United States. In support of the #BlackLivesMatter movement, the online K-pop community has come together in protest. Never has it… END_OF_DOCUMENT_TOKEN_TO_BE_REPLACED

Just this week, lawmakers approved a bill establishing the District of Columbia (D.C.) as the 51st state of the United States of America. This is after multiple calls and protests from the citizens to finally consider D.C. as a state.  However, the bill is not out of the woods yet as it faces multiple oppositions… END_OF_DOCUMENT_TOKEN_TO_BE_REPLACED

John Bolton’s new book entitled ‘The Room Where it Happened’ had been stirring up quite the attention since it was announced for release last week. Officially released only June 23, the new book seems to threaten the Trump administration as there had been moves to get it unpublished. The request was later on turned down… END_OF_DOCUMENT_TOKEN_TO_BE_REPLACED